The Reel Life Film Club, a documentary series for middle-school students organized by the three Highlands public libraries, will screen Before the Flood, a documentary about the effects of climate change, on Friday, Jan. 5, at 6 p.m. at the Butterfield Library in Cold Spring. 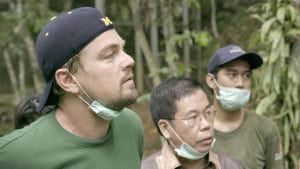 David Gelber, the creator and executive producer of the Years of Living Dangerously documentary series, will lead a discussion after the film. Registration is required at butterfieldlibrary.org or by calling 845-265-3040.