Hoops tournament to be held at Pace

The Gold Ball will no longer live at the Westchester County Center. Starting this year, Pace University in Pleasantville will host the Section 1 boys’ and girls’ basketball championship games.

With two exceptions (1987 and 2005), the White Plains venue hosted the Section 1 boys’ finals every season since 1933 and the girls’ since 1999. Much of the basketball legacy of four counties — Putnam, Dutchess, Rockland and Westchester — has transpired there.

“We are definitely disappointed about the move,” said Scott Timpano, who coaches boys’ varsity basketball for Beacon High School. “Pace is a very nice facility, and they definitely do a great job there, but it’s not the same. 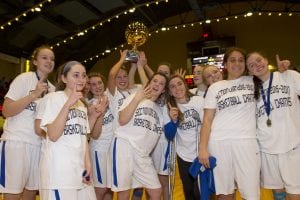 “A lot of adults are disappointed because of the tradition, but to the kids, all they know is the County Center and playing there under the lights,” he added. “It’s disappointing that Westchester County and Section 1 couldn’t come to an agreement. I would think that a group of adults looking out for the best interest of the kids would be able to make something happen.”

Pace University’s Goldstein Center, with 2,400 seats, is a smaller but less expensive alternative than the 4,000-seat County Center. Teams and fans won’t miss the $10 parking fee but will miss the public transportation options. 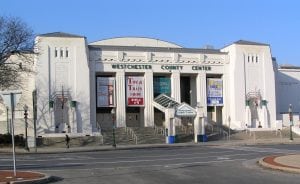 It’s not clear why Section 1 made the move, although lower costs may have been a factor. The Section 1 Athletics Council has said only that it “tasked officials with seeking a state-of-the-art venue for finals that is easily accessible to teams and their fans from across the four-county region, while providing affordability and a family friendly competitive environment.” But some critics of the move expressed concern that Pace will not have enough seats or parking.

After Section 1 President James Macklin, who is principal of Hendrick Hudson High School, confirmed on Dec. 12 that tournament games would not be held at the county Center, at least 15 members of Section 1 basketball tournament committees resigned in protest, according to The Journal News. A White Plains lawyer has agreed to represent the coaches at no charge.