When it comes to music, saxophonist Brad Hubbard aims to quell those fears by bringing people together in collaboration. Liberated from the requirements of formal composition, Hubbard hopes, participants will respond to the sounds each person creates and join together to score short films. No experience is required, and any instrument is fine. You need not even provide the instrument.

In his new Beacon Music Factory series, called Free Improv Bootcamp, participants will use short, silent films from different eras as inspiration for spontaneous ensembles to enhance the film. The 90-minute class meets weekly from Monday, Feb. 5, through March 12, and culminates in a March 16 performance. (Email [email protected] to reserve a spot at a free sample class on Sunday, Jan. 21.) 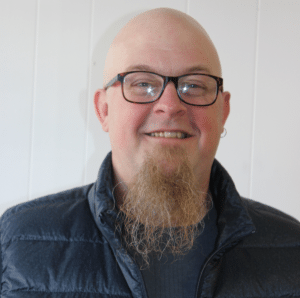 Brad Hubbard (Photo by A. Rooney)

Hubbard is well aware that people are sometimes nervous about dipping into “free improvisation, free music, avant-garde jazz — call it what you want. When people hear group improvisation that’s not played in a traditional jazz setting with set rhythms and chords, it can seem like the players are doing ‘whatever,’ but if you’re doing it as music done for an audience, it’s not that at all. In my own playing, in a group like that, is it serving what the music needs to be?

“The older I get, the technical part is important, but it’s not the thing that gives it life,” he adds. “It’s having a conversation with someone. It’s not necessary to have technical expertise in order to have emotional content.”

Course participants will listen to a few soundtracks but will then “take the music away and work on our own,” Hubbard explains. “We’ll start by doing an exercise where everyone plays one note, loud, soft, short or long, the only stipulation being that you have to wait until the person preceding you finishes. Then we’ll do another version, but with three notes.

“It’s a lot like teaching kids how to speak, one word at a time. We’ll explore how it can be mimicked with an instrument,” he says. “Everyone will bring their own personality. Every ensemble must listen to each other to make it special. The exercises are designed to develop a common language and the ability to listen and react to others in the group. We will explore the expressive nuances of ‘structured’ unstructured music and learn how to develop longer forms of this music as a group.”

No one, even those with zero musical background, should feel intimidated about signing up, he says. “This will be a very supportive and positive space to step out of the comfort zone. Any mistake you make: I have made that mistake and plenty more 1,000 times already. Mistakes lead to cooler things than what you first thought of. You find things you wouldn’t have seen otherwise.”

If you don’t have an instrument — never fear, Beacon Music Factory has plenty, including piano, keyboards, drum sets, guitars, and possibly a saxophone and a flute. 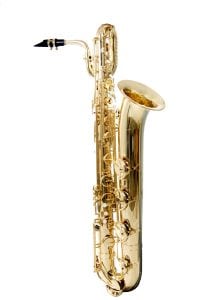 Hubbard says his goal is to demystify the music.

“I’ve heard my whole life, ‘But you understand this music and I don’t,’ but music is an expression of how you may be feeling,” he explains. “You don’t have to be able to play all of your scales. If you’re open to it, you’ll get an emotional reaction to it. Both scores and film will function as cues to play your instrument in certain ways in particular sections.

“So, there is a lot of free expression, but at the same time there is a road map, of sorts. It’s pretty exciting stuff and truly amazing how composed the music will begin to sound once everyone in the group gets to know each other’s tendencies.”

Hubbard, a native of western North Carolina, began his life in music after being handed a clarinet in seventh-grade school band. He shifted to saxophone and then a teacher took stock of Hubbard’s height and talent and directed him to the baritone sax, in 10th grade.

The teacher promised that if Hubbard learned to play the sax, they would form a school jazz band. After taking the instrument home, Hubbard discovered he could “make the walls of our house rattle, which I thought was really cool, and that was that.”

He went on to study saxophone at the North Carolina School of the Arts, augmenting his classical training there with jazz. He later spent 16 years playing the baritone with the New Century Saxophone Quartet, which in 1992 became the first sax quartet to both reach the finals and win the Concert Artist Guild International Competition, after which the group toured the world, including Europe, Asia and Central America. It also played in 1993 for President Bill Clinton at the White House.

Four years ago, after 20 years living in New York City, Hubbard, his wife, Twinkle, and their son, Ezra, who is now 13, decamped to Beacon.

“In New York City, if you’re not touring or on a TV show, it’s hard,” he says. “Shake a tree and 5,000 saxophonists will fall out. There’s not enough work to go around.”

He now works both in the city and Beacon, where he teaches and gives private lessons (his students range in age from 9 to 67). He enjoys teaching at Beacon Music Factory, he says, because “everyone is there because they want to be there; there’s no hyper-competition. Fun overrides technical perfection. Emotional content is the real spirit of music.”