The world may slow down during the winter, but not for birders.

Between the Christmas counts and February’s eagle-spotting along the Hudson, members of the Putnam Highlands Audubon Society (PHAS) will keep their wings aloft.

On Saturday, Jan. 20, Ryan Bass and Pete Salmansohn, who is the education coordinator for the Seabird Restoration Program for Audubon, will lead a birding trip to the Shawangunk Grassland National Wildlife Refuge, an unusual habitat in Ulster County known to attract short-eared owls and northern harrier hawks. The group will carpool from Foodtown in Cold Spring at 3 p.m. for the 45-minute drive, then walk to the grassy, shrubby habitat in search of the “uncommon and inspiring birds,” Salmansohn said. 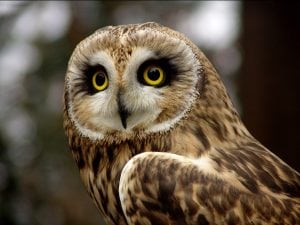 “Bring binoculars if you have them and dress in layers, as the grasslands can be quite windy,” he advised. “As the sun goes down the owls tend to show themselves. We will bird the area for perhaps an hour and then start back for Cold Spring. Other possible species during the late afternoon include northern harrier, rough-legged hawk, red-tailed hawk, snow buntings and horned larks.”

Bad weather cancels; check putnamhighlandsaudubon.org. If traveling separately, meet at the parking area near the observation deck at 3:45 p.m.

Each year PHAS participates in the Peekskill Bird Count and the Putnam County Christmas Bird Count. This year, during the latter, Putnam County spotters recorded 79 species, plus five additional species were seen during that week, according to Charlie Roberto, who compiles the records.

At a Nov. 30 excursion led by Ryan Bass at West Point Foundry Preserve, a total of 66 birds were seen or heard, representing 23 species. The highlight was a peregrine falcon that flew past with prey in its talons. A pair of peregrines has built a cliffside nest, or “eyrie,” at Storm King.

Malachy Cleary will speak at the Butterfield Library in Cold Spring at 2 p.m. on Sunday, Jan. 28, about his decades-long efforts to restore a colony of purple martins to the Highlands. After many attempts to establish a colony, which are few and far between, Cleary had success last summer at Glynwood Farm when 50 pairs nested. 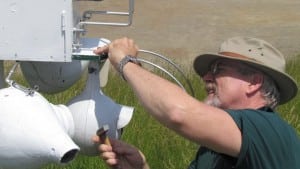 Malachy Cleary will speak on Jan. 28 about his years-long attempt to establish a purple martin colony in the Highlands. (File photo by Michael Turton)

Reptiles of the Hudson

On Saturday, Feb. 3, at 2 p.m. Ed McGowan, director of the Trailside Museums and Zoo at Bear Mountain State Park, will speak at the Desmond-Fish Library in Garrison about reptiles and amphibians that live in this part of the Hudson River Valley. He’ll compare records from the 1880s and the 1920s with the types of frogs, snakes and other creatures found today.

The PHAS will lead a 90-minute field trip to hotspots along the Hudson in search of wintering bald eagles at 10 a.m. on Saturday, Feb. 17. Check putnamhighlandsaudubon.org for details closer to the date.

Two experienced birders each describe a day of spotting, demonstrating what you can see and hear if you pay attention.

“On Dec. 16, a cold, windy morning, we parked near Annsville Circle and started for the river’s edge, noting six Canada geese overhead. Twenty-eight more followed as we made our way to the shoreline. We counted two mallards, 16 ring- billed gulls, six hooded mergansers, three crows and 10 common mergansers. There was also a raft of 42 ring-necked ducks and hooded mergansers. Two downy and one red-bellied woodpecker looked on.

“At Mariandale Retreat we encountered hundreds of ducks in the Hudson. Two redheads, a bufflehead, 20 scaups, 280 canvasbacks, and 300 ruddy ducks in the raft were identified. Two common goldeneyes and some ring-billed and herring gulls flew nearby. Twenty more geese flew overhead.

“Before we arrived at Mariandale, a winter wren, a ruby-crowned kinglet, house finches, a raven, and 20 fish crows were identified. Finally, we saw four red-tailed hawks from inside a nearby diner while we were thawing out.”

“On Dec. 30, during the Christmas Bird Count, we had fleeting views of a brown, long-billed shorebird at Foundry Cove. We imagined it could be a Wilson’s snipe, but to be conservative felt it was best to identify it as a ‘spuh’ [slang for a bird not identified] or ‘shorebird species.’

“A few hours later, we visited Constitution Marsh, where a bird caught my attention in the Indian Brook outflow by the canoe launch. Lo and behold, it was a Wilson’s snipe probing in the mud [below]. It was a life bird [a species seen and identified for the first time for that birder] for me and most of the others.”

One thought on “Birders in Winter”