An association of men was being formed to address the many thefts in the village, in large part to hire a lawyer who cannot be influenced by fear or favors.

Rumors circulated that there were layoffs at the Foundry, but it turns out very few men were let go, and most were from abroad. Assurances were provided that the “old hands” would have steady employment through the winter.

Mr. Hughson of Nelsonville caught his sleeve in the lathe in the pattern shop at the Foundry and it was stripped from his arm as if cut off by scissors.

A brawl broke out near the railroad tracks between William Cayten and a young man from Matteawan [Beacon]. “It is needless to say that whiskey had a hand in the disgraceful affair,” reported the Cold Spring Recorder.

Farmer George Hadden reported losing 23 chickens in two weeks to wild cats. He poisoned some poultry with “strychnine sauce” to take care of the problem.

A brakeman on the No. 6 fell from his seat after leaving Garrison and was crushed under the train. He apparently rose in his seat and hit his head as the train passed beneath the bridge.

A wagon with a load of gunpowder slid on the road above the tunnel at Breakneck and spilled the kegs all over the ice.

A showman brought a trained bear to the Alhambra House in Nelsonville and caused much excitement.

The Haldane Board of Education voted to move the Easter vacation to the week of Feb. 15 so that school could be closed for 10 days to save fuel due to war rationing.

The members of Zaite Reilley’s Standard First Aid Class gave a party at their final meeting. The students presented the teacher with a bouquet of snap-dragons and a fountain pen.

Central Hudson Gas and Electric reported that a Philipstown resident who was passing his current around the meter was “taken before the proper authorities and severely dealt with.”

The Hand-to-Mouth Players at the Depot Theatre in Garrison launched a Sunday film series that began with Jacques Cousteau’s film on deep sea exploration, World Without Sun, and Automania 2000, an animated satire about the growing number of cars. 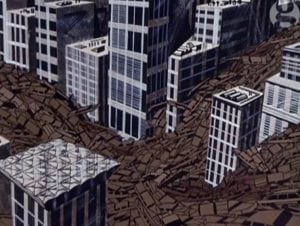 A still from Automania 2000

Authorities identified a body found in a stream last month as a 52-year-old New York City man who had been a resident at St. Christopher’s Inn at Graymoor.

Firefighters from Cold Spring and Nelsonville fought a fire at a two-family home on Albany Post Road in freezing weather but could not save the structure.

An intoxicated Bridgeport, Connecticut, man was arrested as he walked down the middle of Route 9D. He was committed to the Hudson Valley State Hospital.

The Cold Spring Chamber of Commerce passed a resolution expressing its concern that the state was acquiring thousands of acres of land in Philipstown, where more than 63 percent of the property was already tax-exempt.

A burglar went through a rear window overnight and stole $217.91 from Palen’s Drug Store on Main Street.

Cold Spring Mayor James Early announced that a state appeals court had upheld a decision by the village to deny a permit for the construction of an apartment building with 75 units at the corner of Cross and Stone streets.

After a written exam and interview, Cathi Alderman, a senior at Haldane, was named the school’s Betty Crocker Homemaker of Tomorrow. 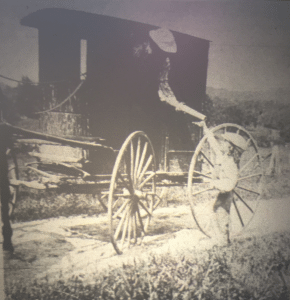 Wilton Cole, the first rural letter carrier in Garrison, appeared in a photo taken in 1902. His widow died 50 years ago this month.

Philipstown became part of the new 91st State Assembly District, represented in Albany by Vincent Leibell. The town had been part of the assembly district represented by George Pataki.

Mayor Roger Chirico dismissed a rumor that the duties of the Cold Spring Police Department would be turned over to the New York State Police.

After 30 years of silence, the church bell at the South Highland Methodist Church rang again after being repaired.

Frank Eaton, the owner of Eaton Funeral Home in Cold Spring for the past 24 years, and a former deputy mayor, died at age 72.

Anthony Phillips announced he would run for mayor of Cold Spring.

Michael Bowman and Vincent Cimino were named Cold Spring Firefighters of the Year.

The Garrison Board of Education entered into mediation with the school’s teachers to settle an impasse over a new contract. Before the board’s Jan. 30 meeting, teachers, staff and parents lined the hall outside the school library in silent protest.