High school students in the Highlands — and across New York — are adding a fresh perspective to their local school boards.

Earlier this month, the Beacon school board appointed juniors Ennie Akinwunmi and Noah Cory as non-voting members of the board. However, after reviewing a 2003 state law that requires student members to be seniors, the board at its Jan. 22 meeting re-appointed the two as “advisors.” They’ll remain in that capacity for the remainder of the school year before becoming non-voting, ex-officio members in the fall.

At the Haldane district in Cold Spring, senior Mae McGrath was appointed in November as a non-voting member of its school board. 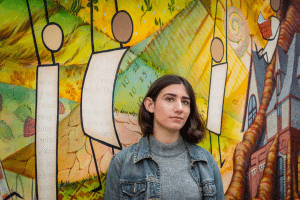 “School boards have long heard from students as either informal liaisons or ex-officio, non-voting members,” said Al Marlin, a spokesman for the New York State School Boards Association. “Having a liaison is a good way to hear from students and give them a voice at the table.”

He said the NYSSBA doesn’t track how many students are serving on boards statewide, but in some districts the tradition dates back many years.

“This is something that the board has been looking forward to,” said Anthony White, the Beacon board president. “We’re very happy that it’s come to fruition and we certainly feel their input will enhance our programming.”

Besides requiring that a student appointed to the board be a senior who has attended a district high school for at least two years, the 2003 law stipulates that he or she cannot vote or participate in executive sessions where the board discusses legal and personnel matters. The student may be the president of the student council, chosen by the high school principal or district superintendent or voted in by the student council, student body or school board.

Some critics of the practice say high school-age concerns are too narrow for students to contribute to most discussions, and that they end up becoming disinterested. Others argue that the right student will remain engaged and not only contribute but take a lot away from the experience.

Advocates for student engagement would like to see districts go further and allow the appointed student to vote. “When districts actually engage students in substantive ways, the boards become more effective,” argues Adam Fletcher, an education consultant and co-author of the SoundOut Guide to Students on School Boards. “But any role for students is better than no role, and it can begin the process.”

When passed in 2003, the New York law required that districts “shall” ask voters every two years during the budget vote to approve the student position, but the wording was amended in 2005 to say it “may” ask voters. It also removed a requirement that the student be 18 years old. 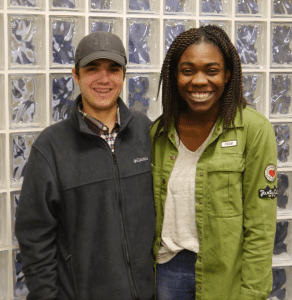 Having student board members was “a longstanding tradition in Ithaca, my former district,” said first-year Beacon Superintendent Matt Landahl. “The students were expected to share comments with the board and we expected questions from the student members as well. Some of the best and hardest questions I had came from the students, so it makes me feel at home having them on the board here in Beacon.”

The Beacon school board had discussed the idea off and on for years, and earlier this school year asked students to write a 500-word essay on why they’d like to get involved.

For Cory, it was a natural fit after he’d worked with Beacon High School Principal John Sieverding on numerous fundraising projects. “I’m used to bringing up ideas and I want to bring that into the school district,” he said, adding that he plans “to talk to students and see how we can accomplish their ideas.”

Akinwunmi said she saw this as an opportunity to get more involved in the community. “I noticed that a lot of students don’t really know what goes on inside the board, so we can bring them awareness and give students a voice,” she said.

Haldane Principal Julia Sniffin approached McGrath, who plans to study political science at George Washington University, with the idea of joining the board. McGrath, too, was unfamiliar with the meetings but looks forward to briefing the board on student needs, such as a long jump pit for the track team.

“I’d never been to a school board meeting before,” McGrath said, “but it’s given me a new look into the behind-the-scenes things that go on in the school community. I’d love to give a student’s perspective on the day-to-day activities at school.”

The Beacon students wasted little time getting involved, pitching a student survey on electives, foreign language options and Advanced Placement (AP) offerings as a way to expand the dialogue about curriculum options at Beacon High School.

“They showed [the survey] to me for my review,” Sieverding said, “but they ran with it. Kids are going to start knowing that they can contact them to let them know what they’re interested in.”

“We expect them to be actively involved,” Landahl added. “It’s helpful for the board members too, to have students there reminding us why we’re doing this. Sometimes we get a little lost in the adult stuff.”