New York City police officers lined Fair Street in Cold Spring on Saturday, Feb. 3, to salute Detective Nicholas Budney after his funeral service at Our Lady of Loretto. Budney, 36, who graduated from Haldane High School in 2000 and from the New York City Police Academy in 2005, committed suicide on Jan. 27, according to the Newburgh police. Budney and his wife, Shannon were married at Loretto in 2013. (Photo by Paul Lansdale). 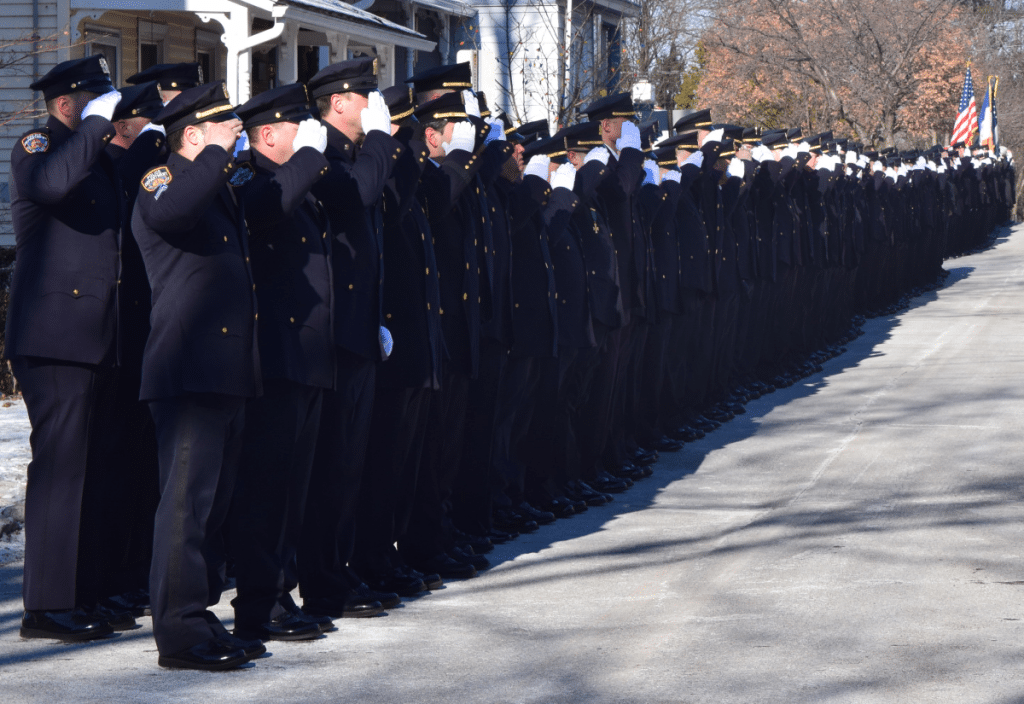 Below, the procession makes it way up Main Street. (Photo by Michael Turton) 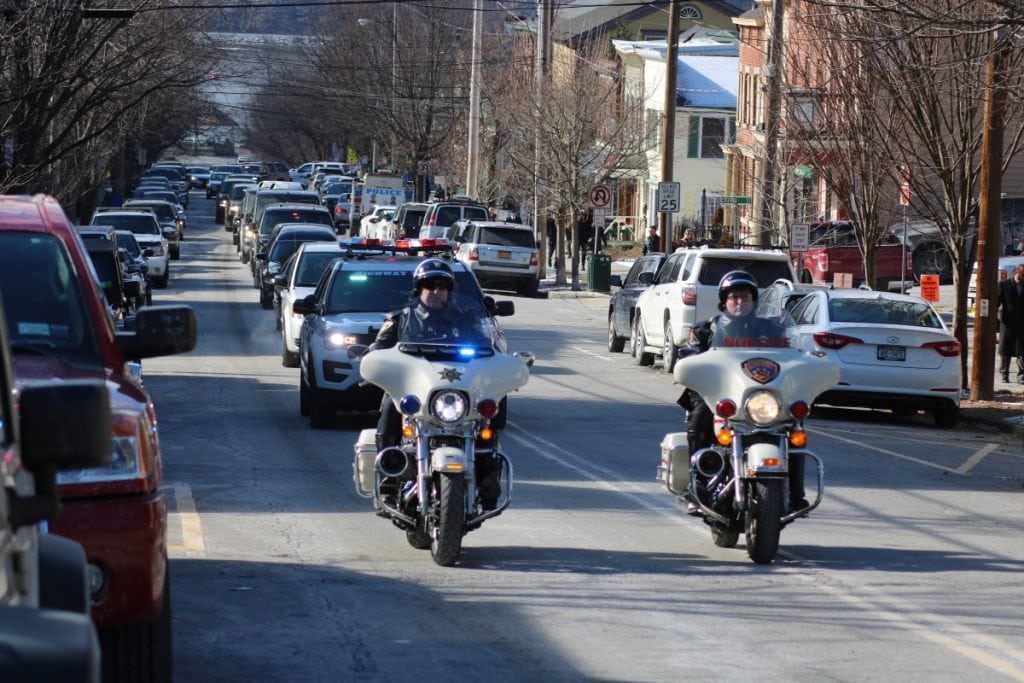 One thought on “A Final Salute”