A year after Airbnb bookings jumped by 62 percent in Beacon, the City Council is preparing to explore whether to regulate the room-rental industry.

The council considered legislation in 2014 and 2015 to regulate short-term rentals, which would include those made through Airbnb.com, but deferred to the state Legislature, which was expected to pass its own law.

The law that was adopted, however, applied only to New York City, where legislators charged that nearly 75 percent of the city’s 25,000 rental units were actually “illegal hotels” operated through Airbnb. 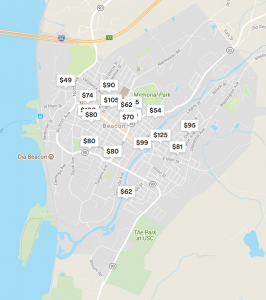 There are about 90 properties for rent in Beacon through Airbnb.

Outside of the city, municipalities face a number of challenges related to the daily or weekly rentals by the owners of rooms, apartments and homes. Critics of Airbnb suggest that, as properties get scooped up to create rental investments, housing prices will increase and residential neighborhoods will be disrupted.

Proponents counter that Airbnb provides a valuable stream of income for homeowners while also attracting tourists, especially in rural areas or smaller towns where there are not many hotels. It also can generate tax revenue for counties; Dutchess County collects a room tax on every Airbnb rental, just as it does with hotel rooms.

As in Philipstown and Cold Spring, Beacon’s existing regulations raise questions.  The city’s code defines a “tourist home” — distinguishing it from bed-and-breakfast facilities, hotels or boardinghouses — as a place in which overnight accommodations are provided or offered for transient guests. The code, however, does not outline restrictions for tourist homes as it does for the other classifications, such as the number of guests, length of stay or need for inspection.

“We need to have some kind of legislation,” Beacon Mayor Randy Casale said during the council’s Jan. 29 workshop. “I want to get a law for short-term rentals and I think simplest is easy. We can’t just keep putting it off.”

Regulation would certainly help get a grasp on how many Airbnbs there are in Beacon. Casale said he’s heard a range of numbers from 100 to 125; a search for Beacon, New York, on Airbnb turned up 88, ranging in price from $45 to $375 per night. 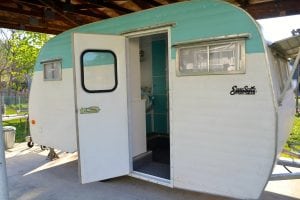 This restored 1966 camper, parked in Beacon, is available on Airbnb for $51 a night. (Airbnb)

Casale said he hopes the council will move quickly to consider a proposal that would require Airbnb hosts to obtain a permit from the city and have their rental spaces inspected at least once a year. He also would like to see a requirement that rental spaces be owner-occupied, so that second homes could not be used exclusively as Airbnb rentals.

“I don’t believe we should have people buying houses and just using them for Airbnb,” he said. “The more houses you take off the market to do that, the less houses are out there and the more prices are going to go up.”

City Attorney Nick Ward-Willis said he would draft a law for the council to review.

Statistics provided by Airbnb show that the number of hosts in Beacon grew by 40 percent from 2016 to 2017, and the website promotes everything from a camper to single rooms to a “palace on [the] creek” being offered in the city.

“It’s a quality of life issue for me,” said Council Member Terry Nelson. “If someone next door to me buys a house and there’s some new person coming in and out, that affects the quality of life for me and my neighbors. Where we stand now, it’s the wild, wild west.”

Several residents asked the City Council to look into short-term rentals last year after an Orchard Place property owner cut down more than a dozen trees, fueling speculation that the home was being refurbished as an Airbnb rental.

The owner, David Allis, said this week that work continues on the home, but he’s unsure whether he’ll list it for rental. 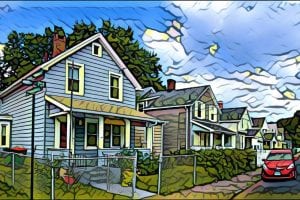 Rosemary Merhige lives on the outskirts of Beacon, where she rents two extra bedrooms through Airbnb for $110 per night. Her clientele is mostly couples, hikers and wedding guests, she said, and she’s booked for most weekends.

For two-night stays, Merhige will give guests a spare key, but she said either she or her husband are always at home overnight.

“The experience I’ve had with Airbnb has been perfect,” she said, “but I can understand why the government wants to get involved if you’re operating it as a full-fledged business.”

The council’s short discussion during the Jan. 29 workshop brought up a number of questions about how regulation would work. Who will determine how many rooms in a house are being used as a rental? What’s the definition of an “owner”?

The council would also have to decide for property tax purposes whether to define Airbnb rentals as homes or businesses. When it discussed the issue three years ago, location — rental units may need to be at least 500 feet apart — was an issue, as well.

Casale said the owner-occupied issue could be particularly difficult to navigate. “If we want to control it so it ain’t Animal House, somebody needs to be there that’s going to be responsible,” he said.

But Council Member John Rembert challenged: “If I rent something, do I really want [the owner] to be there? With a short-term rental, isn’t that the whole purpose,” to not have the owner there?