If the streak was going to end, this might be the night.

Still, you don’t win 32 straight games without a deep bench, and the Bulldogs outlasted the Sailors, 55-46. 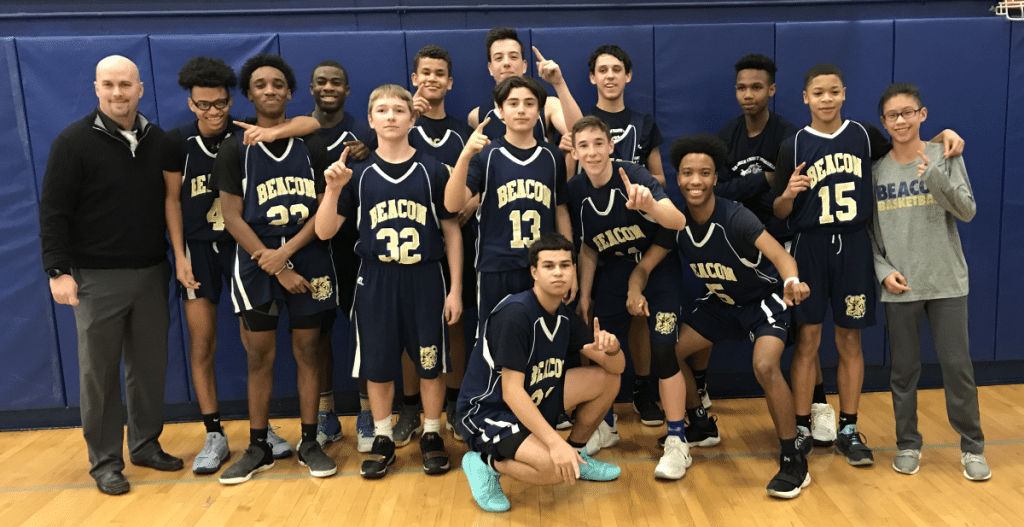 “This group went 33-1” over the past two seasons, noted John Philipbar, who has coached the J.V. for four years. “We hope it translates to varsity” when many of the players advance next year.

The team’s last loss was on Dec. 6, 2016, in the season opener against Tappan Zee. “We made a huge comeback after being down 16 to take a one-point lead with 5.5 seconds left,” Philipbar recalls. “They hit a shot at the buzzer to beat us, 64-63. I still think about that game just about every day.”

(Had the shot not dropped, the streak would be 38 straight.) 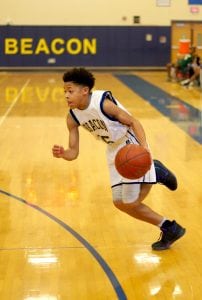 There have been a few close calls. Against Poughkeepsie earlier this season, the Bulldogs were down by 20 points before rallying to win by 10.

“I have coached high school basketball for 12 years, and this was the hardest-working group of kids I have had,” he said. “At times our practices were more competitive than some of the games.”

Against Hendrick Hudson on Feb. 12, the Bulldogs jumped to a 7-0 lead. Beacon did a good job of sharing the ball in the first quarter, and its full-court pressure defense caused four Sailor turnovers.

Without Thompson, the team’s scoring is balanced. Six players scored in the first quarter, which ended with the Bulldogs ahead, 17-11.

The junior varsity boys’ team from Fredericton High School in New Brunswick, Canada, won 207 straight between 2006 and 2012. The longest streak in New York by a boys’ varsity team is 104 by Belleville, a hamlet north of Syracuse, from 1966 to 1971.

In the second quarter, the game tightened to 17-16, but Beacon took a nine-point lead before Hendrick Hudson mounted another run to cut the margin to five, 31-26, at the half.

The scoring slowed in the third. The Sailors would hit back-to-back threes and were back within one, 35-34. But Kam Torres executed a beautiful back-door cut and converted a strong drive to push Beacon’s advantage to 39-34.

Hendrick Hudson came out strong in the fourth, attacking the glass for rebounds, and the momentum shifted. With five minutes, the Sailors led, 44-42.

But after Shane Greene nailed a three-pointer for the Bulldogs off a pass from Deandre Williams, Beacon never trailed. Greene hit another three to seal the win.