Tennessee Williams, whose most famous play, Cat on a Hot Tin Roof, was first performed on Broadway in 1955 and won him the Pulitzer Prize for Drama, considered it “a snare for the truth of human experience.”

Unfortunately, a central truth of the play — questions of homosexuality in a central character — was subverted in the 1958 film starring Elizabeth Taylor and Paul Newman, and that is the adaptation most people are familiar with.

A version that opens with a preview on Thursday, March 8, at the Philipstown Depot Theatre in Garrison will use a script revised by Williams for a 1974 revival first performed by the American Shakespeare Theatre in Stratford, Connecticut, and then on Broadway. Williams restored much of the text he had removed at the recommendation of the original Broadway director, Elia Kazan, and revised the third act. 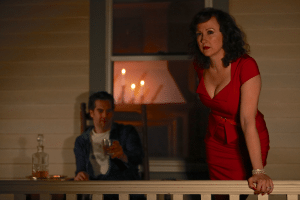 John Christian Plummer, who directs, calls Williams’ 1974 revision “more truthful to the struggle of what this play is about.” He notes that it reflects the universal desire for human connection, in part because it was written in the early 1950s “by a gay man who was forced by society to hide his true sexuality. People will always wrestle with who they are.”

The 1958 film, Plummer says, “was written for an audience that was not allowed to know homosexuals existed. It went through the Hollywood filter; it’s a papered-over version. If you liked the movie, you’ll love this, and if you didn’t like it, you’ll still like this!” 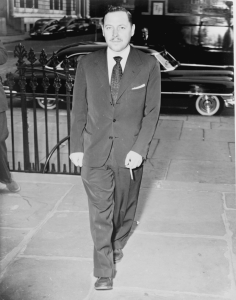 The action centers around that staple of many art forms: a dysfunctional family. In this case, it’s a wealthy Mississippi clan presided over by a patriarch celebrating a birthday and deciding which of his two sons will receive the bulk of his estate.

One son, Brick, a former star athlete, is favored, although his confidence has been eroded by his own demons and a demanding, sensual and deprived wife. The other son, Gooper, is bitter over his unsuccessful jockeying for position.

Christine Bokhour plays the iconic role of Margaret, aka Maggie the Cat, who is Brick’s wife.

“Every speech she has is a different tactic to try and get what she needs,” says Bokhour. “Her situation is dire, because to be tossed aside or divorced at that time in that place would be akin to being thrown to the streets. Maggie the Cat is a mask that Margaret flaunts, plays with, hides behind. And under that is every range of human emotion: sadness, fear, joy, jealousy, love, rage, all of it. Above all she is dying to connect and to be noticed.” 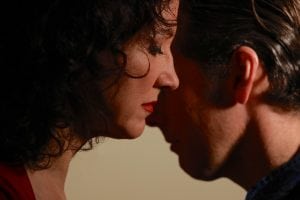 Christine Bokhour says she was surprised that the play, which is more than 60 years old, still addresses contemporary, and perhaps timeless, issues such as the power of female sexuality and the struggle for gender equality.

“It appears to be so grounded in the Mississippi Delta and plantation life,” she says, “but that is just the setting for these humans who are trying to sort through stacks of lies between them to find a truth they can live with.”

Cat On a Hot Tin Roof opens with a $15 preview on March 8, followed by shows on Friday and Saturday evenings and Sunday afternoons through March 25. There are also two Saturday matinees. Tickets are $25, or $20 for seniors and students, at brownpapertickets.com. Because of the play’s mature themes, it is not recommended for children under age 13.