In their first collaboration, Magazzino and the Garrison Art Center will mount a show featuring three artists whose works are part of the collection at the Italian art space in Philipstown.

Only one piece, Janua Coeli by Marco Bagnoli, has previously been on display at Magazzino, which re-opened for the season on March 1.

The Garrison Art Center show, with pieces by Bagnoli, Domenico Bianchi and Remo Salvadori, will open with a reception at the Garrison’s Landing galleries from 5 to 7 p.m. on Saturday, March 10. It continues through April 8. 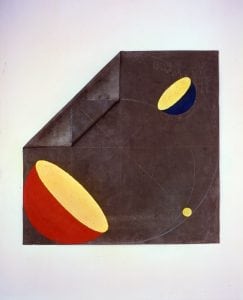 Magazzino, founded in 2017 by Nancy Olnick and Giorgio Spanu of Garrison, is centered around their collection of what is known as Arte Povera. Bagnoli, Bianchi and Salvadori, who were all born in the decade after World War II, represent the generation of artists that followed Arte Povera.

“The launch of our partnership with the Garrison Art Center represents one of Magazzino’s core elements in regard to its mission,” explains its director, Vittorio Calabrese. “Since before the opening of the art space, we have been getting to know the organizations that make up the artistic constellation of the Hudson Valley.” 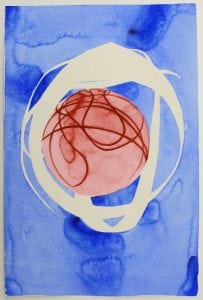 Senza titolo (2013), a watercolor panel from a series of 30 by Domenico Bianchi (Image provided)

He calls the Garrison Art Center “a compass for us in order to start exploring the needs of a community that has been historically active in the arts and is developing extremely fast.”

At the art center, Exhibition Coordinator Becky Gordon said the collaboration “will allow us to think more strategically on how we can, together, implement more engaging arts events.” 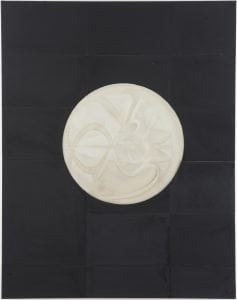 Magazzino opened its own exhibit on March 1 featuring works by 12 artists associated with Arte Povera. The art space is open by appointment from Thursday through Monday from 11 a.m. to 5 p.m. See magazzino.art or call 845-666-7202.

The Riverside Galleries at the Garrison Art Center are open Tuesday through Sunday from 10 a.m. to 5 p.m. See garrisonartcenter.org or call 845-424-3960.