Highlands hit by two major storms within a week

About 109,000 Central Hudson Gas & Electric customers lost power during the March 2 Nor’easter, according to the utility. Sustained winds of 30 mph and gusts of 50 to 60 mph snapped 130 poles, dropped 1,000 power lines and damaged nine transmission lines. One tree brought down the winds in Putnam Valley killed an 11-year-old boy.

As measured by the number of people who lost power, the Friday storm was one of the most severe to hit the Mid-Hudson Valley in 50 years, Central Hudson said. 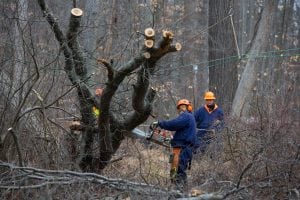 Workers from the New York Power Authority  clear a tree on a power line in Wappingers Falls. (Photo by Philip Kamrass/NYPA)

Hundreds of crews from Canada, Vermont, the Midwest and other parts of New York arrived over the weekend to aid the utility’s 240 tree-trimming and electric-line crews. Most customers in southern Dutchess and western Putnam counties had their power back by Monday afternoon; the hardest hit areas were in northern Dutchess, Ulster and Greene counties.

In the days after the Friday storm, Putnam officials arranged for daytime “comfort stations” with power and heat at locations such as the Kent Public Library, Mahopac Firehouse and Carmel Town Hall. The Garrison Fire Department manned its firehouse on Route 9 overnight on Sunday. 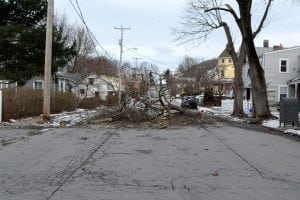 On Sunday, Gov. Andrew Cuomo declared a state of emergency for four counties, including Putnam and Dutchess. The same day, he deployed 100 members of the New York National Guard and 30 vehicles out of Camp Smith to assist the 100 Guardsmen already in the field and also sent his director of state operations to Dutchess County and his emergency services commissioner to Putnam.

The state Department of Transportation said it deployed more than 1,000 operators and supervisors, 388 dump trucks, 23 chippers, three bucket trucks, 12 signal trucks and 91 loaders to the Hudson Valley and Southern Tier. 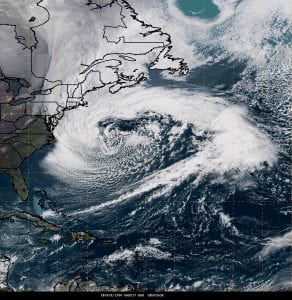 The second storm on Wednesday dumped more than a foot of snow on the region at about the time Central Hudson and mutual-aid crews restored power to the last customers affected by the previous storm. 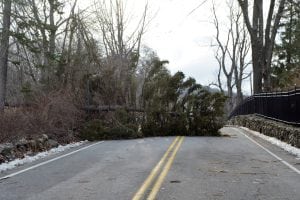 A tree that blocked a road in Garrison (Central Hudson)

At the same time, the Dutchess and Putnam county executives both ordered roads closed except to emergency responders and public works personnel. The New York State Police banned commercial trucks, buses and tractor trailers on I-84 and Metro-North shut down the Hudson line.

More snow is expected on Monday, but only 1 to 2 inches. The first day of spring is Tuesday, March 20. 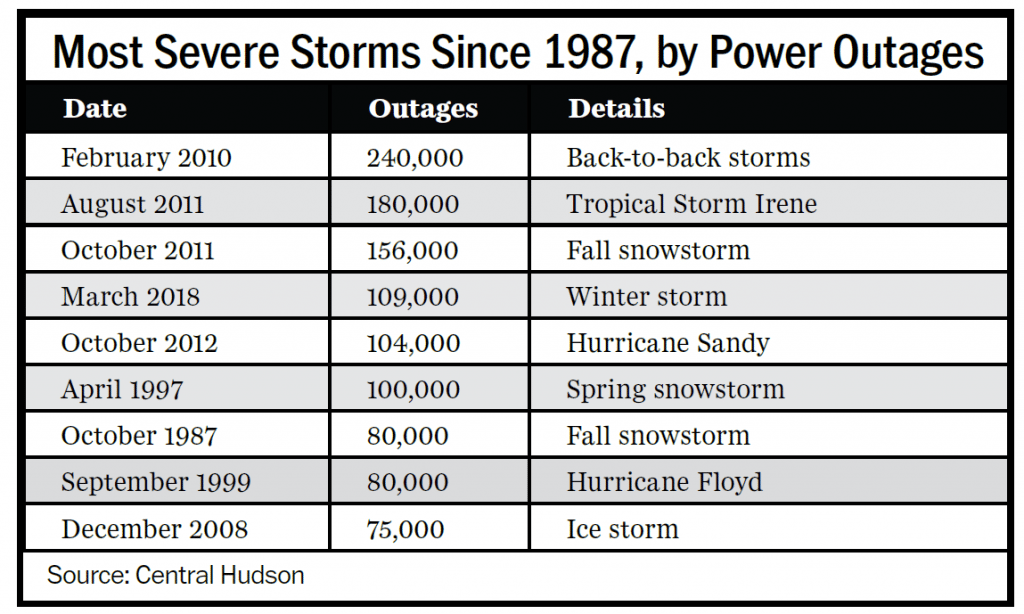