This past June 15, George Wilson stopped at the Gulf gas station near Foodtown to fill up his car. On a whim, the Cold Spring resident bought a $5 scratch-off ticket for a New York Lottery game called Super Tripler Cash. 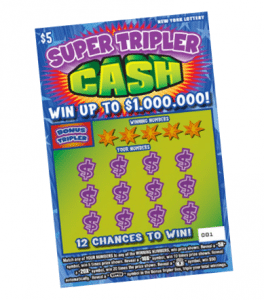 “I read the ticket after scratching it and knew immediately I had won the jackpot,” Wilson told lottery officials.

Lottery officials release the names of any winner of $1 million or more, although a spokesperson said the agency did not take a photo of Wilson with a giant check, as is often done. And unlike with Powerball draws, retailers do not earn bonuses when they sell winning scratch-offs. So the station has only the honor of having sold a big-money ticket.

Winning at least $1 million on a lottery ticket is uncommon but not unheard of. Since 2012, six Putnam County residents have done it. The largest jackpot was $2.5 million on a scratch-off purchased in 2016 by a 23-year-old landscaper at a Gulf station in Brewster. 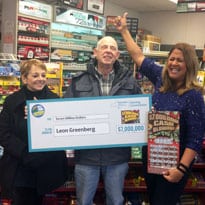 An Ossining couple won $7 million on a scratch-off ticket in December. (NY Lottery)

The New York Lottery says it distributes more than $2 billion to public schools annually from its proceeds. In the fiscal year that ended June 30, 2017, Putnam County schools received $13 million, according to lottery officials.