It sounds like a far-fetched plot right out of those corny kind of high-school musicals they don’t tend to do at Haldane High School: Three of the students in the cast of Les Misérables, which runs from March 16 to 18, have a parent who appeared in the original Broadway run of the hit musical.

Maddy and Max Barkman will portray Fantine and Javert. Their father, Ryan Barkman, was a “swing” understudy on Broadway for the show, meaning he had to know 15 separate roles. 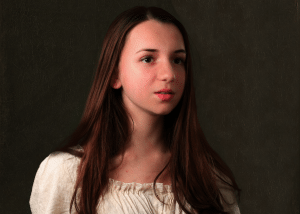 Sasha Levy, a freshman who plays Éponine, is the daughter of Jennifer Lee Andrews (known locally as Jenn Lee) who understudied Éponine, along with Cosette, before playing Cosette steadily.

Both Barkman and Andrews stayed with the Broadway production for more than two years in the early 1990s, overlapping for part of that time.

There is many a singing actor who has been in a production, somewhere, of Les Misérables. Adapted from Victor Hugo’s novel and set in France in the early 19th century, its sprawling storyline includes detours into poverty, injustice, perseverance, mercy, revolution, retribution, greed, kindness and forgiveness, all conveyed through stirring, character-driven songs.

It remains one of the most popular musicals ever and has had multiple revivals since its initial Broadway run from 1987 to 2003. It has been running on London’s West End since 1985. 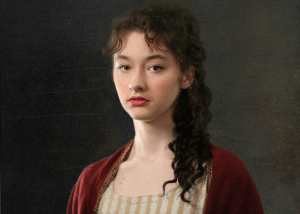 Martha Mechalakos, who directs the Haldane production, says that, in deciding on Les Miz, she “listened to the music and realized just how powerful it is, when it’s sung well. I came to really appreciate it and to understand its appeal and how it gives even the smaller characters such color.”

The Barkmans and Levy say they have enjoyed exploring both character and vocal expression during rehearsals. Max, as Javert, is looking beyond the perceived villainy. “I’m trying to build a base of what I feel Javert is, and working to bring myself from a ‘nicer’ person to what Javert sees as right, but what others see as wrong,” says the junior. “Still, if the audience boos me, I’ll take it as a sign that I’ve done well.”

Of Fantine, Maddy says she “connected with her, especially when we blocked it for the first time; there was a nice feeling of empowerment.”

“It was not a big thing in our house,” says Maddy Barkman of her casting. “I’d never even heard the music until I found out we were doing the show. My dad told us he was in Les Miz, and his whole life then was surrounded by theater, but once he settled down with kids, it was all in the past.”

“That’s true,” says Ryan Barkman. After seven years of professional acting, Barkman says he tired of the endless auditioning and irregular paychecks and went into banking, cabinet-making and general contracting. “You have to have an understanding of where you fit into the hierarchy and an acceptance of a lifestyle,” he says of the acting profession. “That, plus a tremendous amount of drive.” 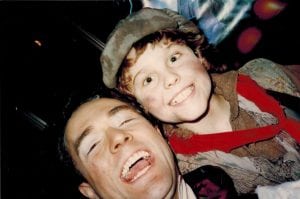 Still, he says he has great memories of his time before and during Les Miz. He grew up in Pittsburgh and performed in musicals as a child and during his teens, eventually studying vocal performance and classical piano at Duquesne University.

His journey with Les Miz came through an open call. They called him back four times. “I did 15 different tracks [roles]; I still have the blocking notes,” he says, adding that he initially had to learn 14 roles in 11 days. “I was told by 7 p.m. each night which one I’d be doing, but sometimes it would change by 7:30.”

Barkman says he has worked with Max and Maddy on their acting and singing, but just a little. “They have to create these characters,” he says. “So, I’m not telling them how to do it.”

Lee comes from a family with theater DNA. Her mother, Georgia Kirby, was a musical theater dancer, and her father, George Lee Andrews, has appeared in hundreds of shows, including five on Broadway — notably The Phantom of the Opera, in which he holds a Guinness World Record for the most performances in the same Broadway show (9,382 over 23 years). 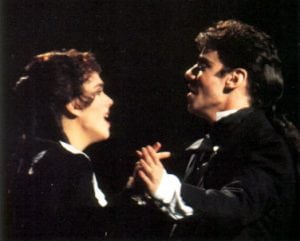 Lee came to New York in her late teens and, under her full name of Jennifer Lee Andrews, landed roles in musicals, including The Fantasticks and Grand Hotel. She was called to audition about five times for Les Miz, she says, before being cast as an understudy for both Éponine and Cosette. She filled that role for 18 months and then played Cosette for two years.

It never got old, she says. “You can’t say that for a lot of shows, especially when you’ve heard them a million times. It’s about grace and second chances and love, failure and redemption; those are things we all can relate to. ‘To love another person is to see the face of God’ — that’s not talking about romantic love, that’s about humanity. Its message is clear: be kind, be hopeful, forgive your enemies and, above all, try to do what is right.”

She and Levy are finding parallels to some of today’s prevailing issues. “With Fantine, you have a woman who is forced into things just because she has a child to provide for,” says Levy. “She’s just trying to live her life and not be forced into anything.”

What Maddy, a sophomore, loves most about the show is “how it connects right from the beginning. It goes in immediately from prison to the factory and the poor; all the characters and their stories are connected.” Her director concurs. “It’s fast-paced,” says Mechalakos. “Every scene jumps and there’s no waste, no filler of boring material.” 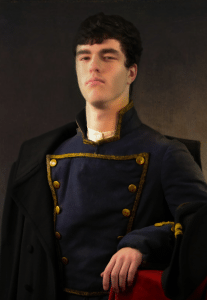 Are their parents providing any “coaching”? “For the most part our dad stayed out of it, although he did say it was OK if I wanted to shave my head for the part,” said Maddy. “He sings around the house, all the time. He’s been singing a lot of Les Miz recently.” Levy adds: “My mom sings around the house. Lately, we joke-sing the guy parts.”

Les Misérables will be performed three times: on Friday, March 16, and Saturday, March 17, at 7 p.m., and on Sunday, March 18, at 2 p.m. Tickets are $15, or $8 for students (seniors are admitted free) at the door. For the matinee performance, children under age 8 will be admitted free with a paid adult admission.