A report released this week indicates that Beacon’s water supply is sufficient to sustain the city’s projected population through 2035, and likely gives the City Council the green light to let a six-month building moratorium expire later this month.

The council adopted the moratorium in September, citing concerns over whether the water supply could support the city’s growing population. But on Wednesday (March 14), consultants from an environmental engineering firm appeared to ease their worries.

“All of your projections are less than your safe yield from your supply,” said Michael Shortell, an engineer with Leggette, Brashears & Graham, who presented projections for the next 17 years. “We do not recommend any corrective action needed to meet the current and future water demand.” 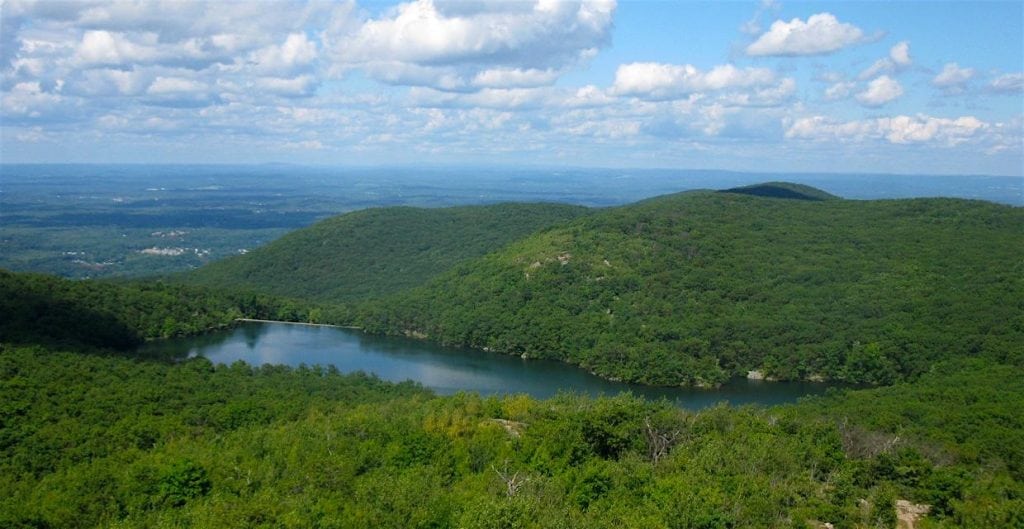 Built in 1922, the Mount Beacon Reservoir holds about 125 million gallons of water. (NYNJTC)

The report, compiled during the moratorium, concluded that Beacon’s water — which comes from bedrock wells, three reservoirs and more than a million gallons per day that the city purchases from Fishkill — is capable of producing a safe yield of 4.09 million gallons per day, even accounting for drought conditions, through 2035.

Shortell compared that figure to projections by John Clarke, a planning consultant for the city, that show Beacon’s population peaking at 18,753 in a maximum “build-out” scenario. If the city reaches that population, Leggette projected its peak daily water need at 3.83 million gallons per day, with an average of 3.07, still within the system’s anticipated safe yield.

The city currently uses 2.45 million gallons per day, with a peak of 3.05. The U.S. Census Bureau said in 2016 that Beacon had about 13,500 residents, excluding the Fishkill Correctional Facility.

The long-term scenario assumes that land now vacant will be developed, that vacant structures will be restored and that some buildings will be redeveloped to have more occupants. In all, it projects about 2,600 (this includes projects currently in the city’s pipeline) new housing units being built and an increase in population of 5,255 people. It also projects almost 250,000 square feet of new commercial space.

However, Clarke told the council he would be “shocked if you got that far by 2035.”

The report also recommended that the city add backup water sources, including Fishkill Creek and a third well that could be drilled. In addition, the study identified more than 217,000 gallons of water lost to leaks each day, although much of that is being corrected.

“I feel comfortable that we have enough water to go forward with our comprehensive plan,” Beacon Mayor Randy Casale said Thursday.

The next step for the City Council is to approve the water study as an addendum to the city’s comprehensive plan, which was updated last year. It will likely discuss the study at a workshop before voting.

Thomas Cusack, a Leggette senior vice president, recommended that the water report be updated on the same schedule as the comprehensive plan, or roughly every 10 years.

13 thoughts on “Report: Plenty of Water in Beacon”