‘There are things in your backyard you wouldn’t believe’

Be patient. Get lucky. Look up. Look down. Train your eye to notice the slightest movement.

Those are the succinct suggestions of Bob Nobile, whose wildlife photography, along with that of his wife, Diana, is on display through March at McCaffrey’s Realty on Main Street, where Bob is an agent.

If you’re observant, “there are things in your backyard you wouldn’t believe,” he says, such as the chipmunk Diana photographed snacking on a violet. 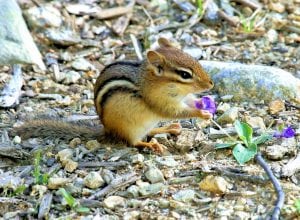 A chipmunk snacking on a violet, photographed by Diana in the couple’s backyard.

They gravitated to nature photography because “both of us spent hours in the woods,” recalls Bob, who grew up in Garrison after his parents moved there in 1946. Diana, formerly Diana Stevenson, grew up in Cold Spring. In their first home, on Nelson Lane in Garrison, “we hid behind the trees to watch the bird life,” Bob recalls. They now live in Fort Montgomery, near parkland. 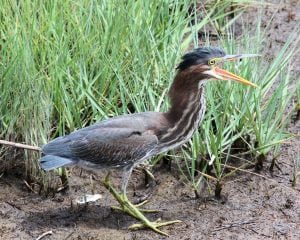 A green heron photographed by Diana

The images on display were culled from a collection of — no exaggeration —  15,000 photos, he said. They were taken in the Highlands as well as in Florida and New Jersey, where the couple have a second home near a nature preserve. A monitor at the McCaffrey office displays 800 images in a rotating slide show.

“You never know when you’ll get a lucky shot,” says Bob. “Diana encountered a fawn just after it was born. It was young enough to have no fear, and she was able to photograph it from just 2 or 3 feet away. In the Everglades, we came upon an alligator chasing another alligator out into the woods, and a river otter teasing an alligator, chattering, diving in, unintimidated.”

Diana says that while wildlife photography requires “patience and observation and an eye for composition, most of all, you need a compassionate feeling, love and awe for all living organisms!”

Below are selections of their work, with commentary from Bob. 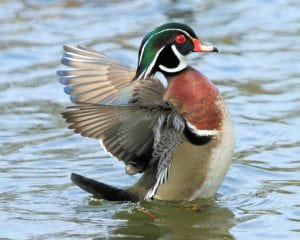 “We got a call that some wood ducks, which are very reclusive, had been spotted in a pond at Downey Park in Newburgh. There were 10 to 15 adults and about 40 chicks. You try to get a photo for years, and here they are, right in front of you.” (Photo by Diana) 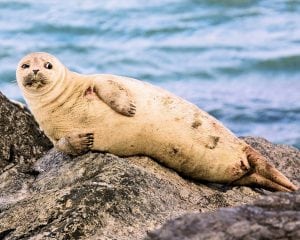 “The seal had been washed up in February at Barnegat Lighthouse in New Jersey during high tide and was waiting for it to return.” (Photo by Diana) “A bobcat in Florida. Diana just got lucky.” “An immature Black-Crowned Night Heron captured by Diana at the John Forsythe Preserve in New Jersey.” 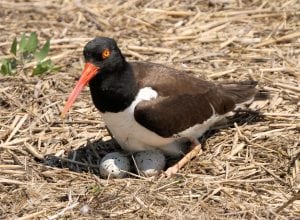 “This shot by Diana of an American Oystercatcher was taken at the John Forsythe Preserve in Brigantine, New Jersey. The bird built her nest in the middle of the road, so park rangers cordoned it off with yellow tape.” 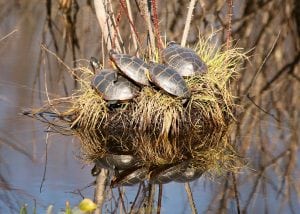 “These painted turtles were taken at the Great Swamp, in New Jersey. We liked it because of the reflection in the water.” 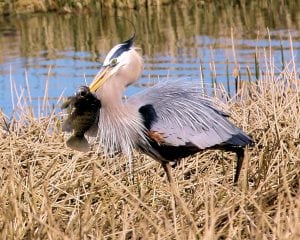 “This blue heron was taken in Florida; Diana spotted it just as it had speared a fish.” 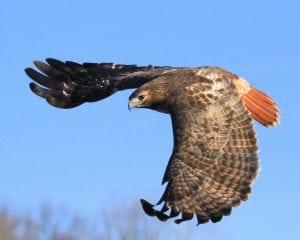 “This was down by the Croton-Harmon rail station, in the parking lot. I was driving down near there and spotted it in a tree. It took off and came right at me. I took that picture from the driver’s seat of my car.” 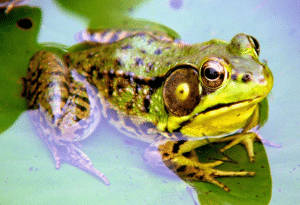 “An early shot by Diana, taken with the Olympus 4-megapixel camera that we started out on.” 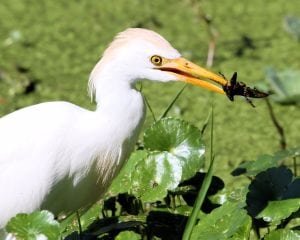 “A Cattle egret taken at the Circle B Preserve in Lakeland, Florida.” “Usually you see Harlequin ducks only in the winter time. This was near the lighthouse at Long Beach Island jetty. The wind was really blowing, and we were turning numb. Sometimes there’s a lot of effort involved in getting your photograph.” 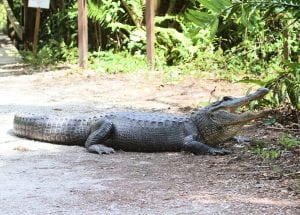 “An alligator by Diana at the Fakahatchee preserve in the Everglades.” 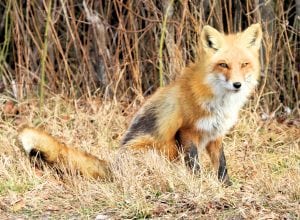 “A red fox by Diana” 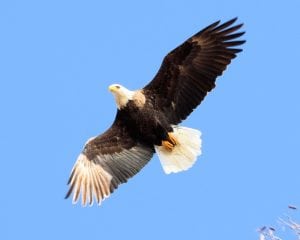 “A bald eagle I photographed at Annsville Circle.”