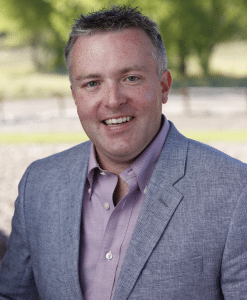 Joe Lindsley was appointed the editor of the Putnam County News & Recorder in 2009, soon after Roger Ailes, then the head of Fox News, moved to Garrison and purchased the weekly newspaper with his wife, Beth. A graduate of Notre Dame, Lindsley had been a researcher at the Weekly Standard when the Aileses tapped him at age 25 to oversee the PCNR and the Putnam County Courier.

Lindsley’s forthcoming book, Fake News: True Story, describes the two years he worked for the Aileses before they had a falling out. He now lives in New Orleans. His responses have been condensed.

Why did you write the book?

Working at the PCNR affected me greatly, personally. I felt my bad experience with the Aileses shouldn’t stop me from being a journalist who believes in reporting the truth. I was privy to things that no one else was. I had an obligation to tell the story in a way that is charitable but also accurate.

You fictionalized parts of the story. Why is that?
Many reporters have written a novel based on real life. The dilapidated state of our local and national discourse, the level of crassness and spewing of gossip about people, were a big part of why I rejected the world of Roger Ailes and Fox News. The book doesn’t attack the Aileses; it examines the psychosis that was inflicted on all of us there. People’s names don’t need to be dragged into it again. I didn’t want my book to be Foxified.

Have your political views changed?
I’m a dyed-in-the-wool federalist. I was obsessed with it then; I published the Federalist Papers in the PCNR. But I became less passionate about politics for a while after I left. I have an aversion to labels and heated arguments; they don’t serve anyone well. It was hard for me to break old habits and it will be hard for the nation to break the habit of casting aspersions and always being on the rampage. 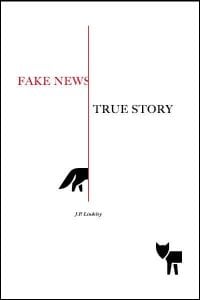 The cover of Lindsley’s book

What was it like after you took the PCNR job?
Early on, things were weird. The Aileses said I was an old friend, which wasn’t true. I was not allowed to tell anyone that I was living on their estate in Garrison. I pretended I was commuting from the city.

Did Roger Ailes have you followed?
Yes. I thought I was losing my mind. I’m not sure whether the goal was to keep tabs on me to assuage his paranoia, or to undermine my sanity.

What did you learn while covering Philipstown?
It was a great education in local politics. Roger and I always called it a microcosm, although that negates its importance. It is its own thing. It’s about how people live together in a place.

Did you have any conflicts over coverage?
I fought vociferously to cover Putnam County politics vigorously, thoroughly, professionally. We did some great things, but near the end journalistic standards were violated. The boundaries of civility were broken at times. I believed in the nobility of journalism, until about a year later. There was incredible pettiness and so much venom, and I got caught up in that.

Do you think you and the Aileses underestimate local resistance to the Fox News approach?
Residents were up for the battle. There were tensions. And there was the stigma of Roger running Fox News. But the Aileses and I relished the battle.

Do you think the methods used encouraged factionalism, or was there a positive side to it?
Polarization is unhealthy. It’s tied to rage, as is hatred. It violates the discourse. When you have confidence and you know you might not have all the answers, you can have vigorous discussion. That’s what we need to renew. There were moments of that, but generally our governing ethos was to throw flames and to assume stupidity on the part of those who had aggrieved us. And that was worse than not helpful. It was bad. And that is the problem with Fox News. Whether  they’d admit it, everyone follows the Fox model because it’s been so successful and that’s the great harm.

Can local journalism help?
I want to see a resurgence in local journalism; it’s a tough but important issue. These are people you know in the community; there must be cordiality, but there are also serious matters to be decided by local politicians. That’s the challenge for local journalism and democracy. It won’t improve things in Washington, but to pull it off at the local level you have to have vigorous debate on things that matter, while still working and living together.

What was the reaction to Philipstown.info (now The Current) when it launched in 2010?
Part of me was furious. How dare these people come after us? You feel you’re being attacked. But at other times you feel you are on the commanding heights of the mountaintop and you’re just playing chess. Kings and pawns. There were moments of paranoia and fear; we were seized by that and unable to think rationally. But beyond those moments, underlying it was the game of democracy.

Politics can be nasty. Is that because of the people or the issues?
Definitely the former. Some might have painted the community as peaceful and happy before the Aileses bought the paper, but there was plenty of nastiness already. We should have fought against that nastiness rather than becoming a part of it.

You spent time at the Ailes home in Garrison with Fox personalities such as Sean Hannity and Bill O’Reilly. What was that like?
It was always so weird. I heard extraordinary, crazy things up there, but I had no one to share it with. I was like an undercover agent in town. On Mondays, the bagpipers would be at the Silver Spoon and invite me to sit with them, but it was always a stilted conversation. I couldn’t talk about anything. If anyone asked what I had done over the weekend, I couldn’t say Roger and I were at Chuck Norris’ house and he didn’t feed us. That would have sounded crazy.

At least three films are in the works about Roger Ailes, the former Garrison resident who died in May at age 77. 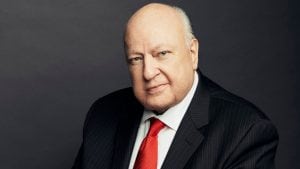 Alex Gibney, best known for the 2015 film Going Clear: Scientology and the Prison of Belief (2015), is making a documentary about Ailes. Two producers visited Philipstown last fall to film interviews with people who knew or worked with him.

Charles Randolph, who won an Oscar for his screenplay for The Big Short (2015), is working on a script for a feature film based on the story of “the women who united to take down the former Fox News boss” on sexual harassment charges, according to a December 2016 report in Variety.

Gabriel Sherman, author of an Ailes biography, The Loudest Voice in the Room, is writing a Showtime mini-series called Secure and Hold: The Last Days of Roger Ailes, with Tom McCarthy, the director and co-writer of Spotlight, which won the Oscar for Best Picture in 2016.

What is the goal of the book?
It’s not an analysis of the bad things people did at Fox. The reader experiences what I did, the psychosis, the rage, the confusion, the people who had great power and who could execute it quickly. It was not a well-oiled conspiracy — it was a frenzy. It involved some of the most paranoid people I have ever met, hiding behind their castle gates, wildly throwing flames on the facts.

Seven years later, do you have regrets?
I regret not being real, not just in dealing with residents but with the Aileses. I was like a tank: I know how to do this; you guys are wrong. There were moments of empathy and goodness, but in general I was not being real.

There were battles with the Aileses over coverage, but I never said, “What are you afraid of?” I wasn’t capable of that. It was a long process to figure that out — how foibles, fears or hang-ups in certain people in power can do a lot of damage.

What are you most proud of?
I remember going to the printer and seeing the paper roll off the press. There were issues that created great buzz because of a beautiful front-page photo, the less salacious stuff. People lined up to get copies. I’m proud of publishing the Philipstown zoning maps, getting the community involved in the discussion. There was a brief time when we worked with the community, a kind of peaceful situation, but it all imploded.

Alison Rooney contributed reporting. Turton and Rooney both worked under Lindsley at the PCNR before leaving in 2010 to join Philipstown.info.

One thought on “When Fox Came to Town”