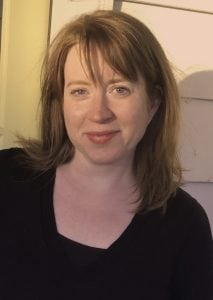 After the wild success of its 2016 production of Our Town, in which residents of Philipstown, Beacon, Peekskill and Newburgh filled nearly all the roles, the nonprofit decided to push further outside the Boscobel tent. It has launched a long-term initiative called Full Circle and hired a director of community engagement.

That hire, Elizabeth Audley, is an actor, director, writer, producer, arts consultant and experienced organizer — she worked on the Obama campaign in Pennsylvania in 2008 and, for another job, linked local garden groups with the Brooklyn Botanical Garden, “leveraging the institution to lift up the neighbors,” she says.

HVSF will return to the Our Town model this year with a commissioned adaptation of Washington Irving’s 1819 short story, “Rip Van Winkle,” entitled Rip Van Winkle; or Cut the Old Moon into Stars, written and directed by Seth Bockley.

As with Our Town, workshops will be held in Cold Spring, Garrison, Beacon, Peekskill, Newburgh and Tarrytown (in a nod to Irving, who lived nearby) to scout out a cast. Unlike Our Town, Audley says, this production will be written around the talents of the performers.

How to Get Involved

HVSF will host six storytelling and two design workshops in April in preparation for four performances of Rip Van Winkle over Labor Day weekend. Free tickets for the shows will be available on Aug. 1. 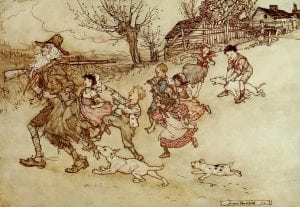 An illustration by Arthur Rackham from a 1905 edition of Rip Van Winkle, by Washington Irving. “A troop of strange children ran at his heels …”

“For instance, if we get an amazing banjo player, it’ll wind up in the play,” she explains. “Our challenge is to make it appealing for those who don’t necessarily think of themselves as actors. What’s great about this is it has fantastical elements to it: ghosts, pirates, tall tales. There will be a central storyline with sidebars and interludes which are fantastic in a literal sense.”

There will also be more ways for community members to participate behind the scenes, such as designing and creating props and costumes. HVSF especially hopes to engage military veterans, Audley says, because there are parallels in the story: “Someone goes away, comes back, doesn’t feel they belong there anymore.” HVSF also plans to “work with other, largely unseen, populations, elevating their stories.” 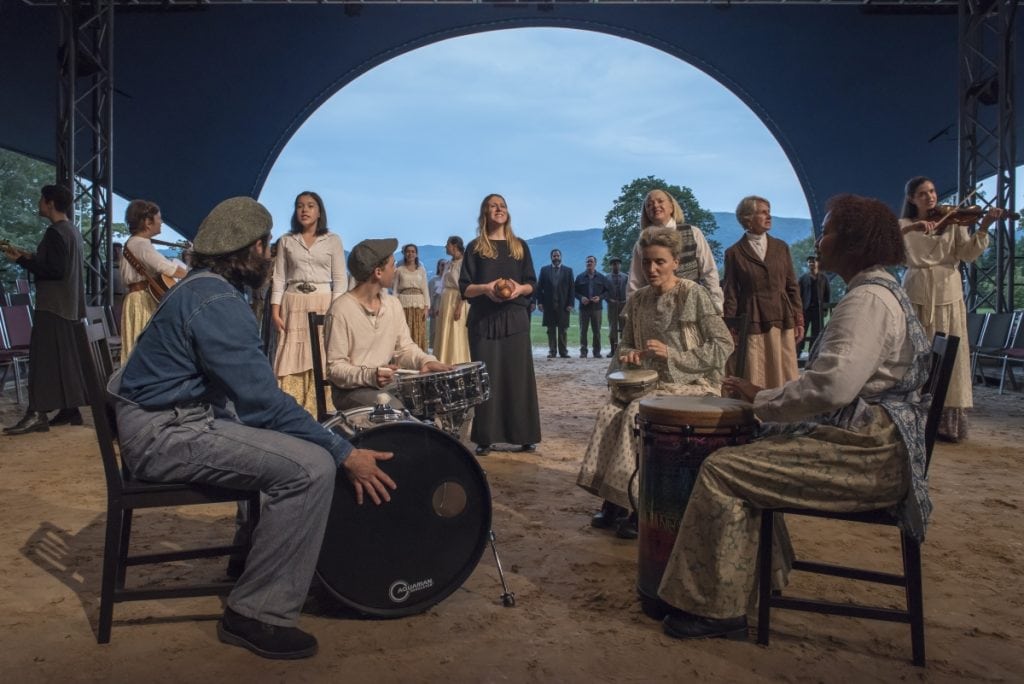 Our Town was performed in 2016 by an ensemble of community members and HVSF actors. (Photo by Ashley Garrett/HVSF)

As for the rest of her new job, she is on a listening tour at the moment. “One person is leading me to another, each providing a different perspective,” she says. “From there, we can decide together on projects that are meaningful to everyone.”

Audley, who recently relocated with her husband from Brooklyn to Beacon, believes “the arts are the best place to practice all of the skills you need in other aspects of life: taking risks, collaborating, compromising, finding a creative solution.”

She adds: “Arts participation is a great platform on which to build civic ideas, because people have demonstrated that they have shown up and have the ability to make decisions together. The building-community part of the mission is not an end to itself; there’s a bigger dividend.”