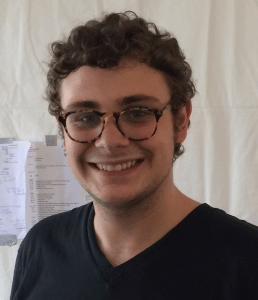 Born Jan. 22, 1995, in New York City, he was the son of Richard Gell and Kimball Lyons. He attended the Garrison School and Haldane High School. During high school, he completed the New Visions Environmental Science and Sustainability Program at Teatown Lake Reservation in Croton, the Urban Forestry Program in Yorktown and an internship at Constitution Marsh. After graduating, he attended Ithaca College for two years.

Casey loved the outdoors and the Hudson Valley. He was a social person who enjoyed the physicality and camaraderie of sports and played varsity lacrosse and soccer at Haldane. He was an avid skier and snowboarder and hiked an Andean pass to Machu Picchu.

Casey spent years in food service, most notably with Fresh Company at the Storm King Art Center Cafe and at many weddings and events.

His greatest joy was being with his network of friends and family, who loved him as he loved them — including numerous summers on Fire Island, Thanksgivings in Puerto Rico with extended family and visits to the New Orleans Jazz and Heritage Festival. Casey was outgoing, hardworking, sincere, loving and a giver who brought joy to everyone he touched.

Besides his parents, he is survived by his brothers, Devin Gell and Hudson Gell, and his paternal grandfather, Joseph Gell.

A celebration of Casey’s life was held on Earl’s Pond, at the Garrison Fish and Game Club, where Casey grew up with his family and experienced many of his happiest moments. Funeral services were held privately under the direction of Clinton Funeral Home in Cold Spring.