The Cold Spring Board of Trustees authorized the arrest of “all persons violating the laws of the village by the ringing of bells, blowing of horns or other unusual noises calculated to break the peace of the village.” The Cold Spring Recorder said it hoped the action would “deter the boys from any more of these foolish performances.”

Many steamboat passengers who found themselves fog-bound overnight in the river came into Cold Spring in small boats to catch the early trains into the city.

The coroner opened an inquest into the death of one of the triplets born in November to Louisa Miller, 31, the wife of Ellsworth Miller of Nelsonville, who over the previous nine years had birthed 17 children, including three sets of twins and three sets of triplets. (Only five of the children were living — a girl, 10; a male twin, 6; a boy, 3, and the two other newborn triplets.) The jury ruled that the child had died of natural causes. In a later interview, Mrs. Miller denied that she kept a “baby farm” or that the family lived in a “squalid tenement, although the house needs painting.” She said she had refused offers of money from photographers “because I don’t want my house to be like a dime museum. When the previous triplets were born everybody ran there, and it was very annoying.”

In April 1893, James Bailey relocated his livery stable in Cold Spring to a former carpentry shop at the corner of Railroad Avenue and Stone Street.

The governor vetoed a bill to purchase Pollipell’s Island for $25,000 and erect a statue of Henry Hudson.

George Pimer, a former Cold Spring resident, was arrested in Newburgh on charges he failed to support his wife and two children. His mother-in-law testified that he “used rough language at times.”

A petition circulated in town to be sent to the governor asking for clemency for Carlyle Harris, a medical student imprisoned at Sing Sing after being convicted of murdering his wife with an overdose of morphine, until new evidence could be heard. [Harris was executed on May 8.]

Two Fishkill Landing police officers were in town looking for two tramps who were wanted for stealing lead pipe. They found them at the foundry and took them back on the 8:02 train. The men received six months in jail.

A 4-foot-long seal drowned after being caught in a fishing net near Constitution Island.

The comedians Ellenwood & Christie performed a different play in Cold Spring every night for a week, including a romantic drama in four parts.

A representative from the Calcium Light Advertising Co. came to town to sell advertisements to local businesses which were then projected on a 30-by-30-foot outdoor canvas alternated with photos of scenic views.

The boys from the Malcolm Gordon School in Garrison presented The Golden Doom at the Amateur Comedy Club Theater in New York City.

A formal inquest into the deaths of two men killed in an auto accident on Main Street in Nelsonville found that the condition of the road had contributed to the crash. Ten witnesses were interviewed.

A molding machine invented by James DuBois of Cold Spring was used to make 90 percent of all cylinders in cars, jeeps, tanks and torpedo boats. He was working on a piston ring designed to increase the speed of airplanes. 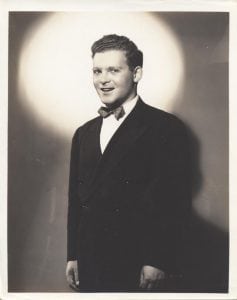 William Constantino was honored a few days before his retirement from Esso-Humble Corp. by his fellow passengers on the train from Cold Spring to New York City, on which he had commuted for 42 years, 6 months and 5 days. They reserved a coach on the 5:02 p.m. out of Grand Central Station and decorated it with signs.

A new store, The Village Trading Post, owned by Marie O’Dell of Nelsonville, opened in the village.

The First Presbyterian Church of Philipstown launched its Community Nursery School with an eight-week spring session.

William Stevenson of Nelsonville, one of the last surviving people who worked at the West Point Foundry, died at age 95.

Haldane Elementary students participated in a Jump Rope for Heart event that raised $4,894 for the American Heart Association. The top pledge collectors were Amy Peterson, Amanda Gorges and Courtney Lyons.

The governor vetoed a proposal championed by State Sen. George Pataki that would have provided Putnam County with $1.6 million in “payments in lieu of taxes” on state parkland.

The first of five signs promoting Putnam County’s anti-drug hotline, 225-DRUG, was installed in Mahopac. Another was to  be installed at Routes 9 and 301. 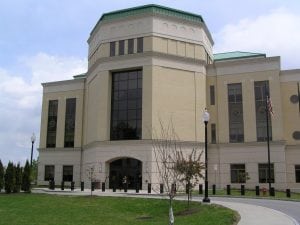 Tom Corless was sworn in as mayor of Nelsonville following the death of William Merando.