However, both chambers rejected Cuomo’s proposals for changing the way the state pays taxes to local governments and for creating new forestry tax exemptions. On both questions, the state Legislature’s stance squared with that of the Putnam County Legislature.

The state Legislature finalized the budget overnight on March 30-31 to meet an April 1 deadline.

Although Cuomo wanted to change the way New York pays taxes on state-owned land, such as state parks, the state Legislature refused.

Currently, municipalities assess the “ad valorem,” or value, of state-owned parcels. The state then compensates local governments for the revenue they would be collecting were the land in tax-payers’ hands.

Cuomo proposed scrapping the ad valorem assessment for a formula that would apply statewide, namely that the state’s annual payment would equal a parcel’s value in the prior year plus 2 percent or the level of inflation, whichever is less. The change would have ended the role of local assessors in determining a state-owned parcel’s value, which presumably reflects local real estate trends.

“We’d be losing money if the state goes forward with this,” predicted Lisa Johnson, director of Putnam’s Real Property Services Agency, at a meeting on March 26 of the legislature’s Audit Committee. 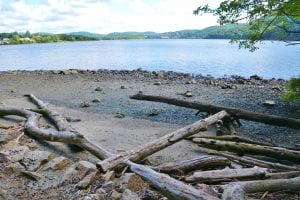 A view from Little Stony Point in Philipstown, which is part of the Hudson Highlands State Park Preserve (Photo by L.S. Armstrong)

In a later email to The Current, Johnson said Cuomo’s proposal contained no provision on handling any future purchases of land by the state. She also said Albany could fund the program for a year or two and then “decide that there will be one pool of money and pro-rate the amount given to each taxing jurisdiction. That would create a revenue discrepancy for schools, county, towns, villages” and other authorities.

As a precedent, Johnson cited a requirement that county officials take continuing education courses, which originally the state funded, although now in “most years it’s become an unfunded mandate” that the county must pay for.

The Audit Committee passed a resolution saying Putnam “vehemently and stalwartly opposes” the changes. It noted that the state owns more than 25,000 acres in Putnam, for which it paid the county $4.6 million last year in lieu of property taxes. That included $561,460 to town and village governments and fire districts in Philipstown and $1.17 million to the Garrison and Haldane school districts and Butterfield and Desmond-Fish libraries.

The resolution also criticized the amount of state park land in Putnam, arguing that residents, businesses and municipalities are “unreasonably and unfairly constrained and prohibited from using” parks “for commercial, industrial or even residential purposes,” fostering an “inability of municipalities to attract and sustain business and development.”

According to Johnson, the state ranked third in land ownership in Putnam, with property worth $123.9 million, behind New York City with property valued at $711.4 million and land worth $129.5 million owned by New York Electric and Gas Corp.

William Carlin, the county finance commissioner, said that, especially in western Putnam, affluent buyers often acquire extensive land, build a home on a portion and convey the rest to a nonprofit environmental group, which transfers it to the state as park land. 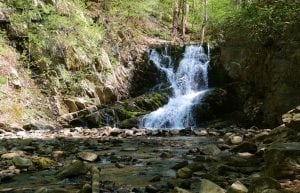 Indian Brook Falls is part of a New York state park. Putnam County legislators on March 26 criticized the extent of state park land in the county. (Photo by L.S. Armstrong)

The Audit Committee also objected to the governor’s  proposal to provide new tax breaks for forest land. The state Legislature eliminated it from the final budget.

Under the plan, a forest owner — whether an individual or corporation — who fulfilled stewardship requirements could receive a 40 or 70 percent tax break on the property. While the program generally would have prohibited participation by local governments, it would have established grants for those that manage forests — a potential aid for communities such as Nelsonville, which owns woods.

The state Department of Environmental Conservation said that, among other benefits, the initiative would preserve open space and wildlife habitats, increase sustainable production of wood in private forests, fight against climate change, and give wood from New York forests preference in state government procurement. It also promised to reimburse municipalities for tax losses from the initiative.

“It appears if this goes through, the large parcel owners — i.e., wealthy — will get tax breaks and the rest of us will pay for it,” Johnson told Putnam legislators before state legislators shot down the idea. She estimated that the initiative would affect 400 properties in Putnam County.

The final state budget reduced community college base aid from $461.1 million in fiscal 2017-18 to $453.4 million for 2018-19, the New York State Association of Counties reported, adding that the state Legislature also repealed a requirement for new methods of assigning SUNY allocations to counties.

On April 3 the Putnam Legislature passed a resolution calling on the state to adequately reimburse Putnam for sending residents to community colleges and FIT, a SUNY institution. Unlike community colleges with two-year associate degree programs, FIT offers four-year undergraduate as well as master’s degrees. Putnam has no community college but its students can attend those in neighboring counties, or FIT. 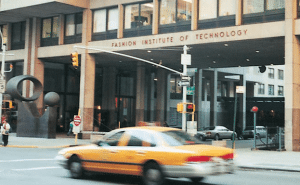 The Fashion Institute of Technology (SUNY)

“FIT hits us squarely between the eyes,” with a $128,000 charge for last semester alone, Carlin remarked March 26. He pointed out that under state law community college costs are supposed to be divided, with the student, county, and state each paying a third. Moreover, he said, the state is expected to reimburse counties for FIT expenses when state money has been appropriated — although the State Legislature never appropriates any. Consequently, the state falls short in its community college obligations and provides nothing for FIT, Carlin said.

The budget increased funding for local agricultural assistance efforts from 2018’s $32.9 million to $34.4 million in 2019; on April 3 county legislators supported such a step.