The Philipstown Town Board on Thursday (April 5) adopted a law requiring a firearm to be locked up when the owner leaves home without it and children are present or likely to be present.

Ending 18 months of intermittent debate, the 5-0 vote occurred at Town Hall during the monthly meeting of the board, which declined to hear public comment before acting. Some audience members gave the board a standing ovation. Others booed.

The law states that “no owner or custodian of a firearm shall leave” a handgun, rifle or shotgun “out of his or her possession or control in a residence” while knowing, or having reason to know, that anyone under age 18 is at home, unless the owner is also present or gives the gun “to a lawful custodian,” stores it in a locked container or disables it with a trigger lock. (Click here to read entire text of law.)

The board continued to fine-tune the proposal as late as Monday (April 2), changing wording that said a violator “shall” be subject to a fine of up to $1,000 and/or a year in the Putnam County Jail to “may” be subjected to those penalties.

A public hearing on Feb. 21 nearly filled the Haldane school auditorium as proponents and opponents made impassioned arguments. After that outpouring of testimony, the board scrapped its plan for an immediate vote. 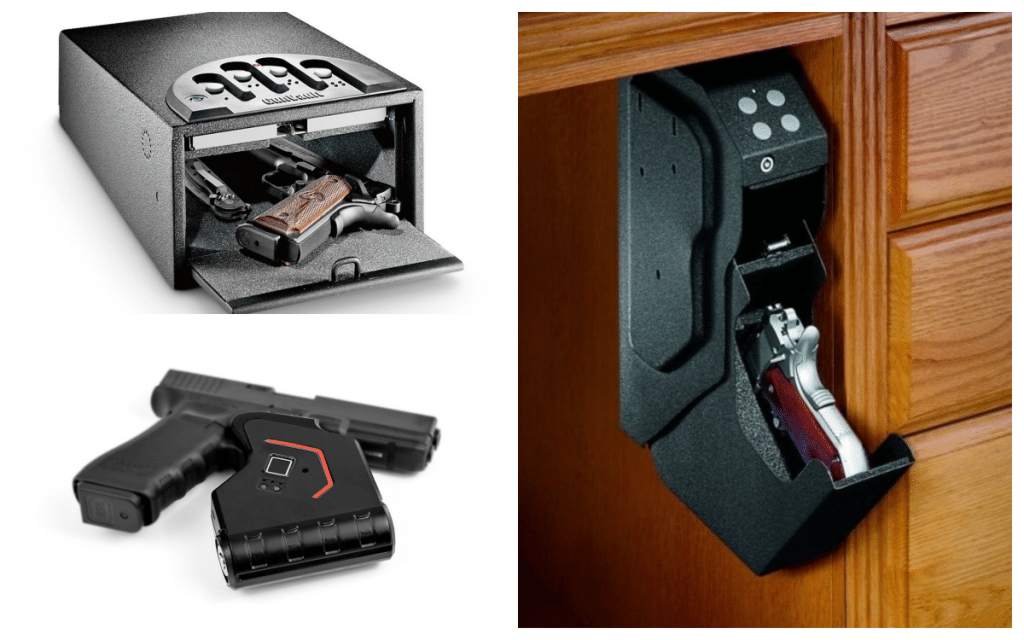 The Philipstown law requires gun owners to secure their weapons in safes or with a trigger lock whenever they leave home without the weapon and haven’t entrusted it to another adult.

A draft introduced in December but discarded before the Feb. 21 hearing would have compelled gun owners to lock up or disable a weapon whenever it was not in the owner’s immediate possession, even if he or she were in the house.

In the Heller case in 2008, the U.S. Supreme Court ruled that requiring that a gun at home always be disabled or locked up is unconstitutional because it makes it impossible for the owner to readily use the gun in self-defense.

Town Board members described the law as a logical approach that does not contravene a right to self-defense.

“We’re on firm legal ground with this. There have been stricter laws passed all around the state,” Supervisor Richard Shea said.

Councilor John Van Tassel described a “hysteria on both sides of this matter, nationwide” but proposed that “somewhere in the middle there’s common sense. This law is common sense. Whether it’s going to affect anybody, help anybody, has to be determined. But if nothing else, it’s been educational for everybody” in town to focus on the topic. He added that gun-owners, whether for or against the law, “went home and said, ‘Where is my gun? Is it secure?’ ”

Originally “I was not in favor of this,” Councilor Robert Flaherty remarked, but after the public hearing and numerous conversations with gun-owners and non-owners, he concluded that “everyone is in favor. This is straightforward and easy to understand. It makes sense.” However, he cautioned, if in the future the board attempts “to improve it or strengthen it, I will not support it.” 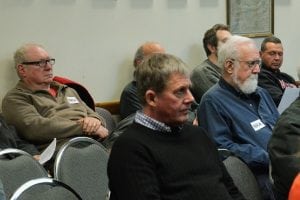 But Councilor Nancy Montgomery said she “would like to see a stronger law.” She suggested that in time “we’ll come to a point, maybe not unanimously, where we all understand that if your gun is not on you, it should be locked up. And I intend to pursue that.” She recalled the many feelings expressed as the town considered the law. Ultimately, she said, she determined that “it’s not really about what we feel. It’s about guns. It’s about injury. It’s about death.”

Board members observed that they had received hundreds of messages, from as far away as Nebraska. Montgomery said one arriving that day from an area sportsmen’s rifle association complained “that ‘it’s a burden’ to require a gun-owner to purchase a lock. Therefore we have gun-owners who are not locking their guns.” So she bought gun locks and placed them in a basket at the board’s dais. “These are free,” she announced. “We’ll have them here in Town Hall. When they run out, we’ll have more.”

Most audience members left after the vote. During the later public comment period, no critics spoke. But Cali Gorevic, a resident, thanked the board “for taking steps toward gun control” and Claudio Marzollo, another resident, commended it “for standing strong.”

Before the meeting, the law’s opponents and proponents alike tried to galvanize support.

In a March 31 email, Christopher Turan, secretary of the Putnam County Firearms Association, called the final draft “a watered-down version and not as bad as what they originally planned” because “many of the Second Amendment infringements have been removed.”

Nonetheless, he added, “the law still has some very bad aspects,” including its classification of a violation as a criminal misdemeanor, with “excessive” penalties. He also faulted its definition of a locked container for not specifically including furniture designed to conceal firearms. 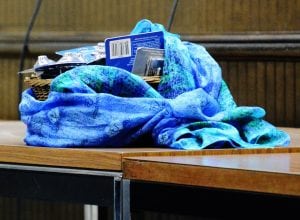 Philipstown Town Board Member Nancy Montgomery brought a basketful of gun locks to the meeting. (Photo by L.S. Armstrong)

Turan suggested members “bombard” the Town Board before the vote. “Write letters, send emails, and make phone calls,” he advised. “Write multiple times if you can” and “slide letters underneath the door of the Town Hall.”

Similarly, he proposed they “make a strong showing and pack the room” before the vote. “If we can show we are still energized and determined to not let this law pass, they will likely withdraw it out of fear of damaging their party’s chances at elections this year.”

All five Town Board members are Democrats. The Putnam County Firearm Owners Association belongs to the New York State Rifle and Pistol Association, an affiliate of the National Rifle Association.

At the same time, Alexandra Dubroff, an organizer of the grassroots Team Philipstown for Safety, which backs the ordinance, on March 20 urged that the Town Board return to its earlier, tougher language. In an email to supporters, she wrote that the revised draft “is not strong enough to protect our children adequately” because “it would only require that a gun be locked up if the gun owner is not home.”

She encouraged residents to ask the board to stipulate that “when there is a child in the home, the gun must be locked up if the owner is home and doesn’t have it under their control.”