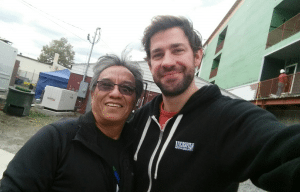 Actor and director John Krasinski snapped a selfie on Oct. 27 with LT Sherpa, co-owner of the Beacon Natural Market at 348 Main St., where Krasinski and his crew spent several days filming scenes for A Quiet Place. The horror thriller, which opened April 6, has been a hit. 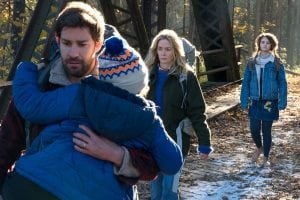 In the final credits, the producers of A Quiet Place thank the residents of Beacon, Pawling and New Paltz for their help in making the film. This scene, with Krasinki, Noah Jupe, Emily Blunt and Millicent Simmonds, was shot on the Wallkill Valley Rail Trail Bridge. By one estimate, the filmmakers spent $18 million in the region during seven months of filming. (Paramount) 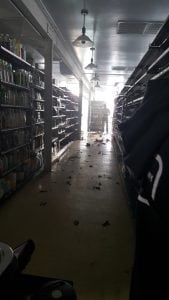 The aisles of the market had to be made to look desolate. 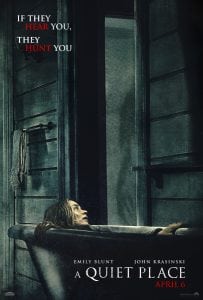 The horror thriller, which is John Krasinski’s directorial debut, earned more than $50 million in its first weekend. (Paramount) 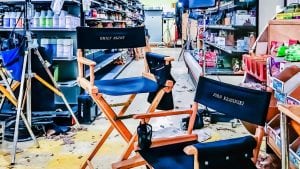 Chairs for John Krasinski and his co-star (and wife) Emily Blunt, at the Beacon Natural Market during filming 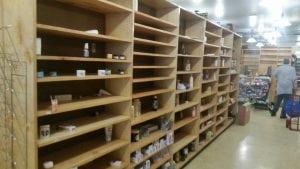 The shelves were cleared out for the shoot. 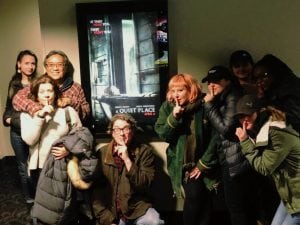 LT and Kitty Sherpa, at near left, took the staff of Beacon Natural Market to see the film. 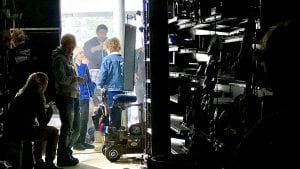 Krasinski is shown preparing to shoot a scene at the Beacon Natural Market on Oct. 26. In the foreground are co-stars Jupe and Simmonds.