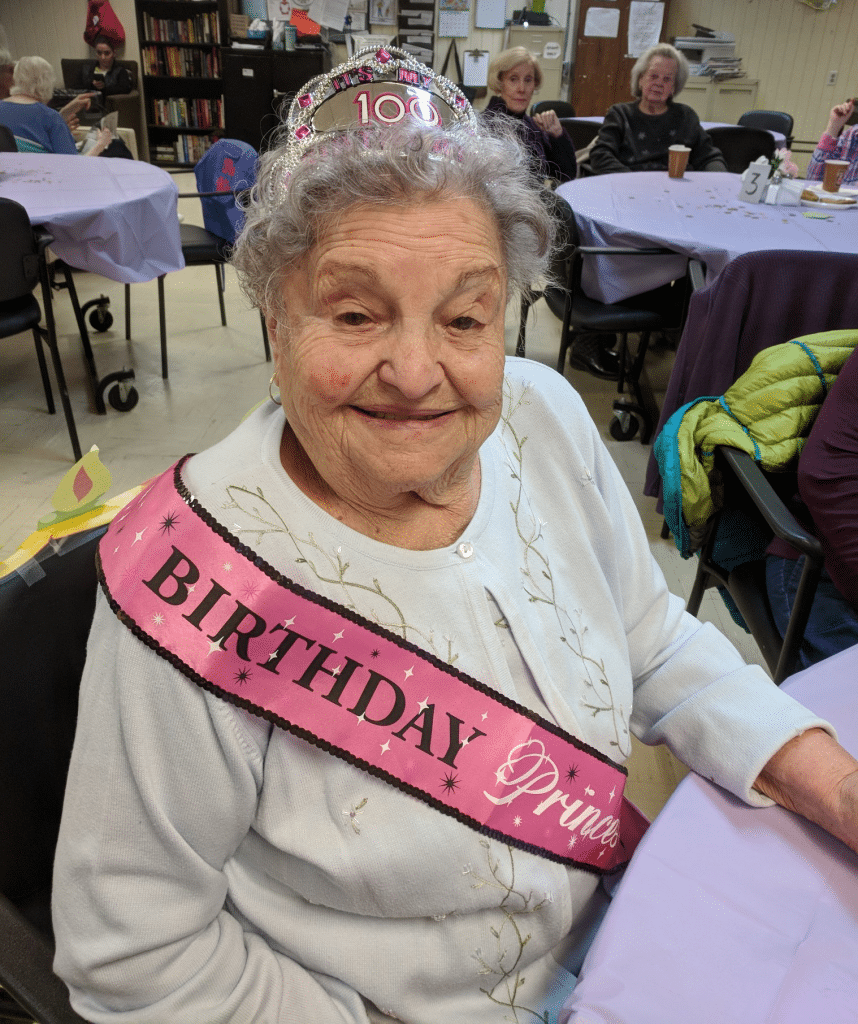 HAPPY HUNDRED — Rosina Parcesepe celebrated her 100th birthday at the Cold Spring Friendship Center, where she is active in Putnam County’s Retired Senior Volunteer Program. Born on March 31, 1918, during the Wilson Administration, the centenarian has six grandchildren, nine great-grandchildren and one great-great granddaughter. There are about 72,000 Americans who are 100 or older, although Japan and Italy have twice as many per capita. (Photo by Rhonda Haussmann/Putnam County Office of Senior Resources)

READY FOR DOLLY — Christopher Radko, who is organizing a festival to celebrate the 50th anniversary of the filming of Hello, Dolly! in Philipstown, met with administrators and teachers at the Garrison School to plan. Art students will research and create replicas of hats from the late 19th century for a drama routine at the spring concert by fourth- and fifth-graders to accompany a choral performance of Put On Your Sunday Clothes with music by members of the middle school band. From left, are Superintendent Laura Mitchell, drama teacher Liz Heck, Radko, music teacher Doug Feig and art teacher Coulter Young. (Photo by René Games-Ford)