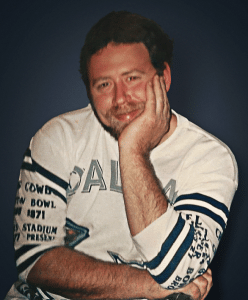 Bill was born Nov. 3, 1952, in Cold Spring, the son of William and Rita LeMon. He graduated from Our Lady of Loretto Elementary School and Haldane High School. In 1976, Bill married Linda Brower of Wappingers Falls.

Known to his family and friends as “Lumpy,” Bill had a great passion for his hometown. He was a member of the Cold Spring Fire Department, serving as president for several years. He volunteered as a coach for the Philipstown Packers and Hawks and Philipstown Little League, coaching both of his sons. He could always be found at the annual Butterfield Hospital Fair and Fireman’s Bazaar manning the grill and coordinating the fireworks displays. Bill also was elected town assessor for three consecutive terms.

The fall was by far his favorite season for two reasons: Halloween and football. Each October, he was always the first to have his Parrot Street home decorated. Once the Halloween decorations came down, his beloved Dallas Cowboys flag would return to the front porch. Bill would follow America’s team each week and relished in their many victories, and the occasional defeat, which he took in stride, except for the Thanksgiving Day losses, which were always a tough day.

Bill spent his life working in the home improvement industry, beginning at K&S Supply Company and followed by Ellmurr Paint Supply of Spring Valley for nearly 20 years. In addition, he worked at Post Road Hardware in Cold Spring, William Tell Hardware in Hopewell Junction and Page Lumber in Poughkeepsie.

Besides his wife of 41 years, Bill is survived by his mother, Rita LeMon, of Cold Spring; his sons, BJ LeMon (Silvia) and Collin LeMon, both of Cold Spring; his grandsons, Nicolas LeMon and Benjamin LeMon; his mother-in-law, Margaret Brower of Wappingers Falls; his sister Janyce Geider (Eric) of Poughkeepsie; his brother Steven LeMon (Susan) of Niskayuna, New York; his sister-in-law, Nancy Balducci of Hopewell Junction; and his brothers-in-law Bill Brower of Hudson, Florida, and Kevin Brower (Cindy) of Port Richey, Florida.

A private cremation has taken place. A memorial mass at Our Lady of Loretto in Cold Spring will be announced later this spring.