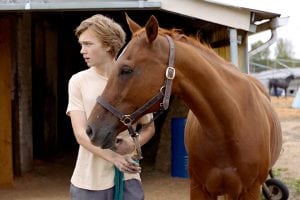 COMING OF AGE — Charlie Plummer of Cold Spring is shown in a scene from the film Lean on Pete, which tells the story of a young man who embarks on a journey with an aging racehorse. It also stars Steve Buscemi and Chloë Sevigny and opens today (April 20) at the Jacob Burns Film Center in Pleasantville. (Photo provided) 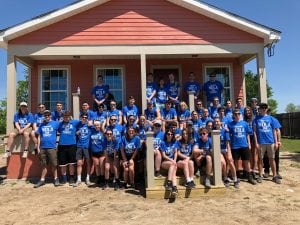 HOME BUILDERS — During a trip to New Orleans, members of the Haldane Class of 2018 worked to repair a home damaged in 2005 by Hurricane Katrina. The seniors were in the city from April 10 to 14. (Photo provided) 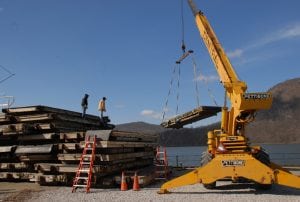 LATE START — Members of the Cold Spring Boat Club began the annual dock installation on April 8, about three weeks later than usual because of the cold weather. Even so, the wind and still-chilly temperatures made for tough working conditions and slow progress. (Photo by Robert Plante)