Certain birthdays are milestones — first, 16th and 50th among them. Then there’s Joe Etta’s birthday. The Cold Spring native will celebrate 100 years this weekend and on Tuesday (April 17) his hometown honored him at a special meeting of the Village Board.

With the lifelong resident’s family and friends looking on, Mayor Dave Merandy proclaimed Sunday, April 22, to be Joseph C. Etta Day. To earn that honor, Etta has done more than simply live a long life. 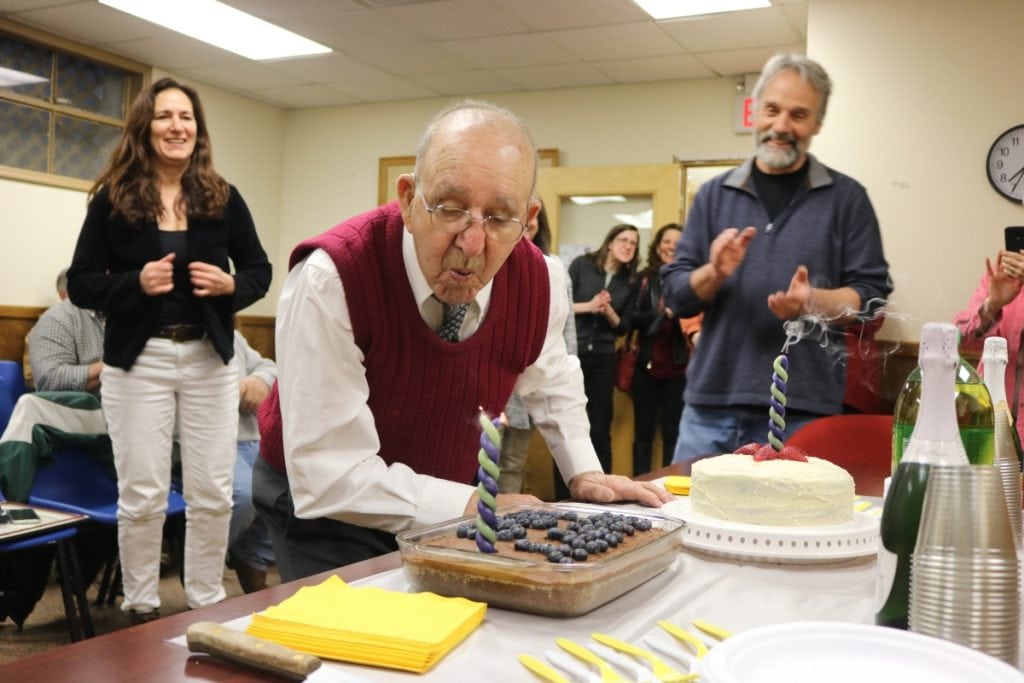 The Village Board threw an early birthday party for Joe Etta at its April 17 meeting. He is flanked by his daughter, Maureen Etta, and Mayor Dave Merandy. (Photo by M. Turton)

Born on that date in 1918, Etta graduated from Haldane High School in 1938. While serving in the U.S. Army in World War II, he participated in three invasions: North Africa, Sicily and Normandy. He rose from private first class to sergeant during his service, which ended with his discharge in 1945.

In 1947, after returning to Cold Spring, Etta married Catherine Fitzgerald and together they raised five children. Today, he has eight grandchildren and five great-grandchildren.

A carpenter by trade, Etta helped build the VFW Hall on Kemble Avenue, and served as Cold Spring’s building inspector. He also was involved with the Boy Scouts, Little League and other organizations and has served as an honorary member of the Cold Spring Fire Company for the past 28 years.

A party will be held in Joe’s honor on June 9 at Mayor’s Park.

One thought on “Honoring Joe Etta”