Three incumbents will not seek re-election

Six candidates will appear on the May 15 ballot for three seats being vacated by incumbents on the Beacon school board.

Bill Zopf, who has served on the board for eight terms, or 24 years, is not seeking re-election, nor is Vice President Kenya Gadsden (a board member since 2014) and Georgia Patchen, who was first elected in 2009.

The Current asked each candidate to provide biographical details. We will publish their responses to policy questions in the May 11 issue. 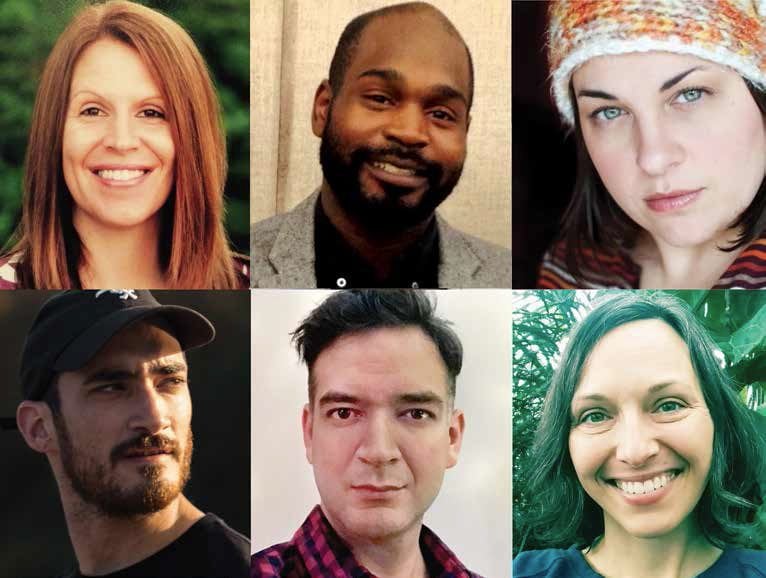 Elissa Betterbid works in media and advertising and has three children attending school in the district — a freshman at Beacon High School, a sixth-grader at Rombout Middle School and a fifth-grader at Glenham Elementary. She is the former president of the Packanack Lake Mothers Club, a women’s organization in Wayne, New Jersey, with more than 1,000 members.

James Case-Leal, a college educator and visual artist, is the father of twin fourth-graders at J.V. Forrestal Elementary. He led the team of students that made last year’s Spirit of Beacon Day float at Forrestal and coordinated with the district and the city’s parks and police departments to organize the April 20 protest at Memorial Park against gun violence in schools.

Joshua Galarza is a chef at Quinn’s on Main Street. He is a mental health advocate and a former coach for the Beacon Bears Pop Warner football team.

Christine Galbo served two terms on the school board but did not run for re-election in 2016. She is a special education teacher in Westchester County and has teenagers who attend Beacon High School. She and her husband organize the summer Beacon Youth Police Academy.

Ali Muhammad is a former two-term member of the Beacon City Council, representing Ward 4, who was defeated last fall in a campaign to win an at-large seat. He is an executive aide for the Dutchess County Commission on Human Rights and director of the Terrence Wright Memorial Basketball League.

Flora Stadler is a PTA board member at South Avenue Elementary and the mother of two boys who are students there. She volunteers for the Wee Play Community Project and Advocates for Beacon Schools and works part-time for two Beacon-based companies.

The district budget, which was approved by the board on April 16 to present to voters, will increase the annual property taxes of the average Beacon resident by about $160, based on current assessments.

The budget includes funding for three new elementary teachers — one each at South Avenue, Glenham and Sargent — along with two elementary physical education teachers, a special education position and a $36,000 contract with Altaris, a Yorktown Heights-based consulting firm that just completed a security audit for the district.

In addition to salary and benefits, it includes $50,000 to hire a director of school security. If approved, the post would be filled for a year and then re-evaluated by the school board.

The Beacon schools are seeking new leadership at Beacon High School and J.V. Forrestal Elementary, respectively, where John Sieverding and Asheena Baez have announced they are leaving the district.

The Beacon district has received more than 50 applications for each position, Superintendent Matt Landahl reported at the April 24 school board meeting. Those pools will be whittled down to six to eight candidates for each school, with stakeholder groups — including community members and, at the high school, a Beacon High student — narrowing the fields further. Landahl hopes to interview the finalists and make hiring recommendations to the board by the end of May, he said.

District officials have met with parent and staff groups, and a student survey is being circulated at the high school to inform the hiring process.