Metro-North has a plan, but will it be enough?

Climate change presents a particular challenge to Metro-North, and especially to the Hudson line that connects the Highlands and New York City: before the century turns, much of its 73.5 miles of track could be under water.

Metro-North, which is run by the Metropolitan Transportation Authority, has a plan to combat the effects of global warming on its system, which serves two-thirds of the state’s residents. But as with most ambitious, epoch-defining projects, it lacks the tens of billions of dollars necessary to shore up the Hudson line and other low-lying tracks, including New York’s subway. 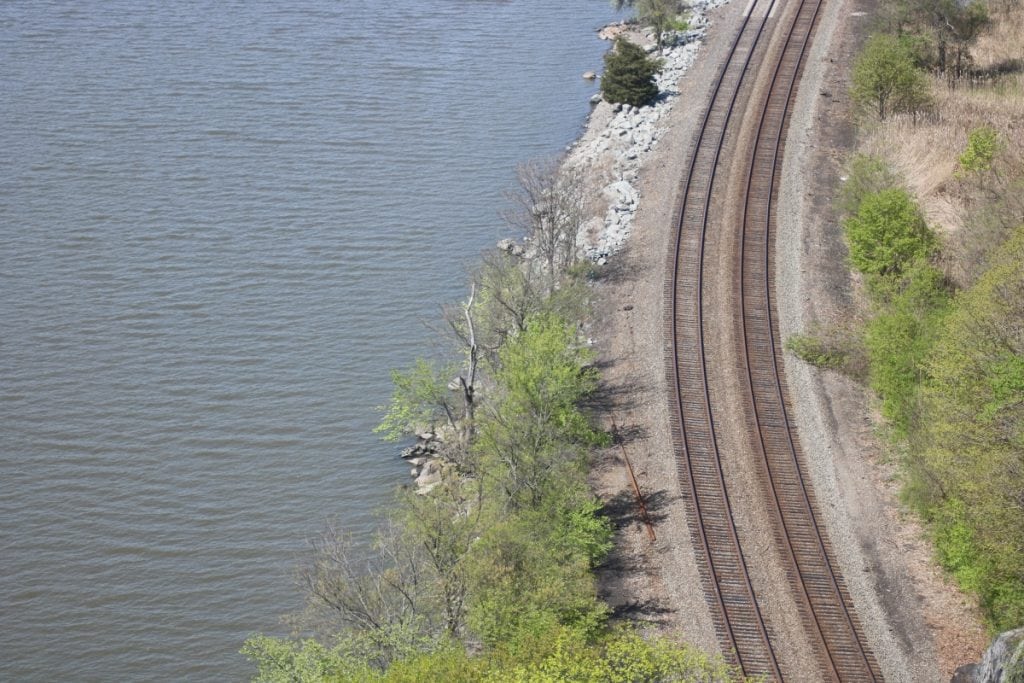 In many spots along the Hudson line, it would not take much to flood the tracks. (Photo by Michael Turton)

The MTA has been a relatively early adapter. A decade ago, the agency established a commission on sustainability. The 22-member panel was led by Jonathan Rose, an urban planner who is co-founder of the Garrison Institute, and included the presidents of Scenic Hudson and Riverkeeper. Radley Horton, a climatologist at Columbia University who lives in Garrison, also contributed.

“We asked the decision-makers at the MTA for the scenarios that kept them up at night,” Horton recalls.

The commission released its report in 2009, suggesting many upgrades. What it couldn’t account for was the $75 billion to $100 billion it anticipated the agency would need over the following decade, outside of suggesting Congress pass a moon-shot $1 trillion spending bill and that mass transit receive 25 percent of the revenue from a carbon-pricing market that doesn’t exist.

Three years later, Superstorm Sandy devastated the region. If the disaster had a silver lining, it was that it “focused everyone on climate change,” says Projjal Dutta, who joined the MTA in 2007 as its first director of sustainability. Sandy also acted like a demolition crew, taking out the MTA’s most vulnerable infrastructure and creating an opportunity to rebuild and fortify before the next 100-year storm that everyone agreed would arrive far sooner than 100 years. 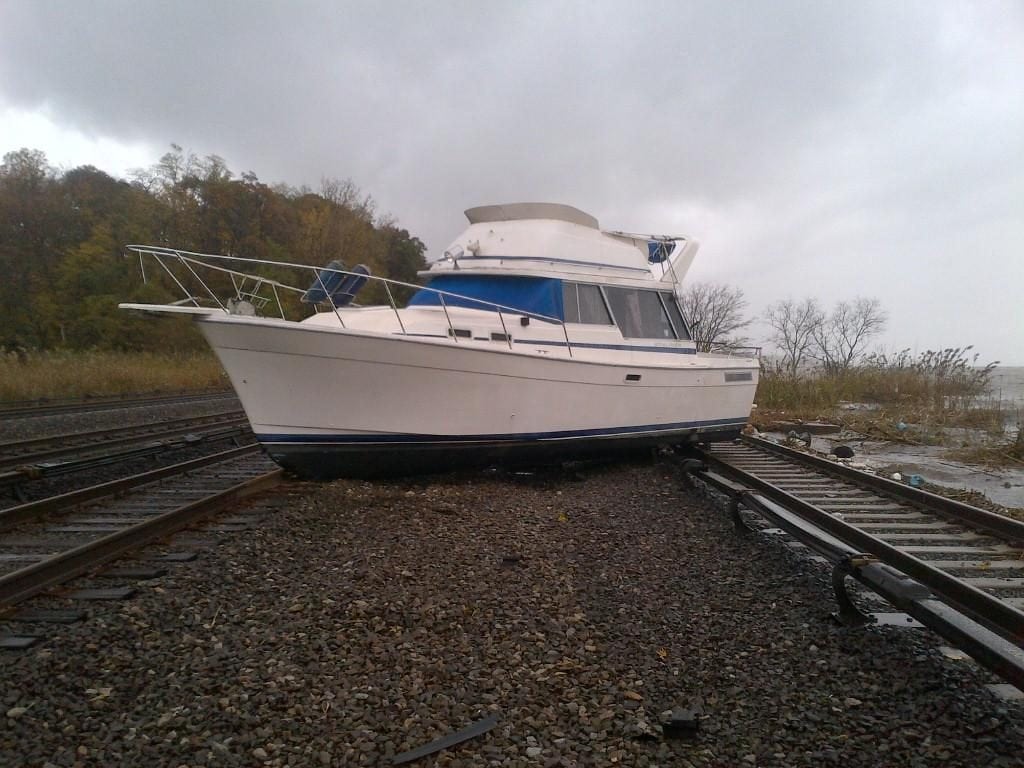 The agency is spending half of its $10.5 billion in Sandy recovery funds not on repairs but resiliency projects. That includes $350 million to raise the signaling and communication lines on the Hudson line and add flood protection to critical substations. The line is breached when the tide rises about 6.5 feet above sea level, which is the same predicament facing FDR Drive in Manhattan, the Long Beach branch of the Long Island Railroad, LaGuardia and the A and C lines of the New York City subway. Sandy, whose surge reached 9 feet in places, closed service to the Highlands for four days.

The Hudson line tracks are another issue. In the long term, they will likely need to be raised or moved. Neither option seems feasible.

“Much of the line is bordered by a steep topography,” notes Horton. “You can’t go part way up a cliff. At the top of the cliff, you face legal challenges trying to secure a right of way along 74 miles of what is mostly private land.” 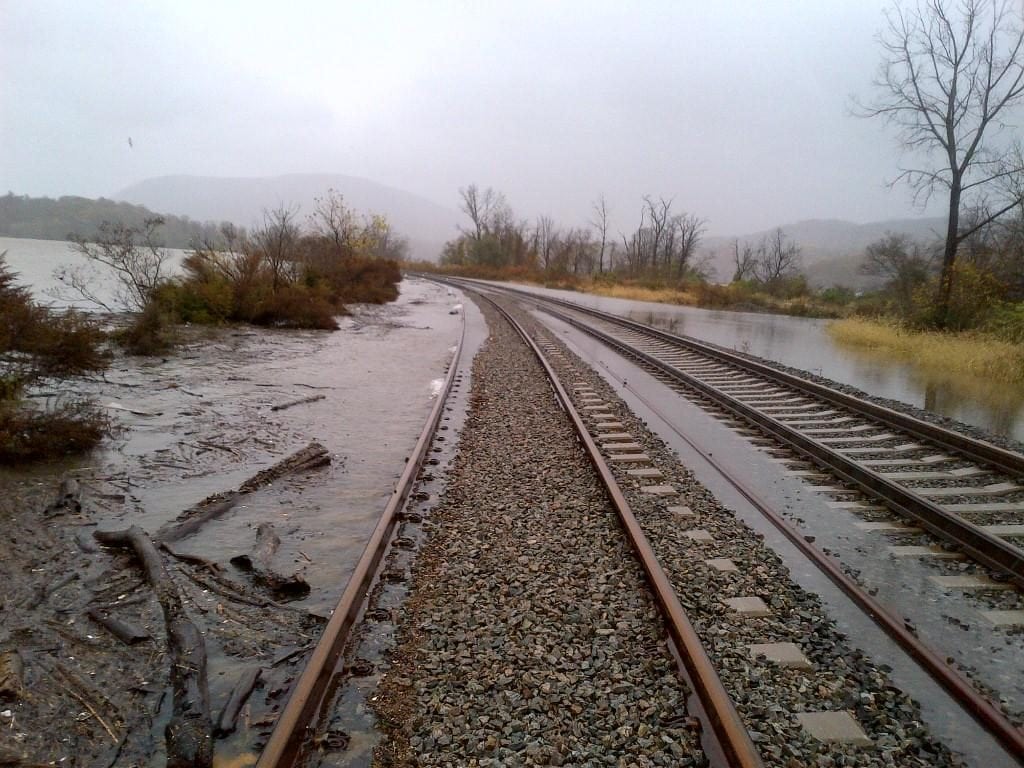 Dutta says while the MTA has looked to 2100 in its planning it isn’t focused on the tracks because that far out scientists can’t say with precision how far the water will rise. “The priority is the next 30 to 40 years,” he says.

As part of the 2009 report, Horton and five colleagues concluded the MTA was “largely unprepared” for global warming, particularly flooding and the effects of intense summer heat on its air-conditioning systems, switch gears and steel rails.

Asked in 2018 if he felt the agency was still “largely unprepared,” Dutta pauses, then reframes the question. “Are we better prepared? Yes, definitely,” he says. “Are we fully prepared? No.”