The Music Man comes to town

In a note on the direction of The Music Man, its composer said that “the humor of this piece depends upon its technical faithfulness to the real small-town Iowans of 1912 who certainly did not think they were funny at all.”

Meredith Willson knew of what he wrote, having grown up in Mason City, Iowa.

The Music Man is an homage to his youth, and the ambiance of Garrison’s Landing and the Philipstown Depot Theatre, where a production will run from May 18 to June 10, is an apt setting.

Linda Speziale, who is directing, says that while it’s a fun show, “it’s not insipid and lightweight. For an ‘old-timey’ musical, the music is challenging, with a sophisticated, difficult, barbershop quartet.” Its classic songs include “76 Trombones,” “Goodnight, My Someone” and “Gary, Indiana.”

Speziale, who most recently directed Jesus Christ Superstar and H.M.S. Pinafore at the Depot, said she wanted to put on a spring show that “makes people happy, and what makes me happy about The Music Man is there’s such a strong sense of community in it.” 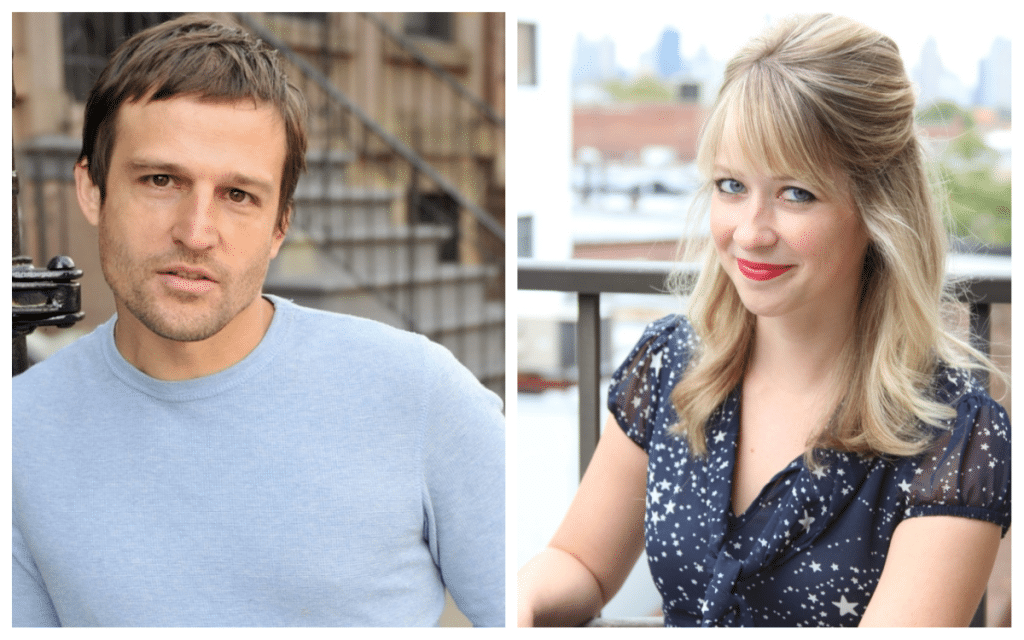 The story centers on a fast-talking traveling salesman, Harold Hill, who cons the people of River City, Iowa, into buying instruments and uniforms for a boys’ band that he vows to organize. He typically skips town with the cash, but intervention comes in the form of Marian the librarian — a catchy refrain for a song.

The musical is a staple of theater companies because it allows for a large, multigenerational cast — in this case, there are 30 actors, including five children and two teenagers.

The leads are John Hartzell and Anna Malinoski Stephens, both new to the Depot. “It was like I put my wishes in a jar, and out they came,” says Speziale.

Hartzell is an aerialist who has appeared with Blue Man Group (and performed in a production of The Music Man at age 7); Stephens, who moved to Cold Spring two years ago, is a voiceover artist and the mother of twins. Her first professional show was a production of … wait for it … Hello, Dolly! “I must have watched the movie 1,000 times,” she says. “Getting to perform at the spot “Put On Your Sunday Clothes” was filmed is a dream.”

Although The Music Man is set in the early 20th century, it will be contemporized with a mobile, impressionistic set by Alejandro Lopez rather than the cardboard storefronts that are often used, says Speziale.

The Music Man will be performed on Fridays and Saturdays at 7:30 p.m. and Sundays at 2 p.m. Tickets are $25 for adults, $20 for seniors and $18 for students at brownpapertickets.com. The Sunday, May 20, show will be followed at 5 p.m. by a benefit for the theater.