Painter uses inks made from plants

Following a sound installation, a musical composition, a dance performance, illuminated paintings, and floating reed structures, Manitoga this year welcomes an artist who makes ink from plants at the site to paint images of the plants, merging subject and medium.

Kazumi Tanaka is at Manitoga as part of its Artist Residency Program, now in its fifth year. It’s designed to elicit creative responses to the Garrison home, studio and landscape of the late industrial designer Russel Wright. 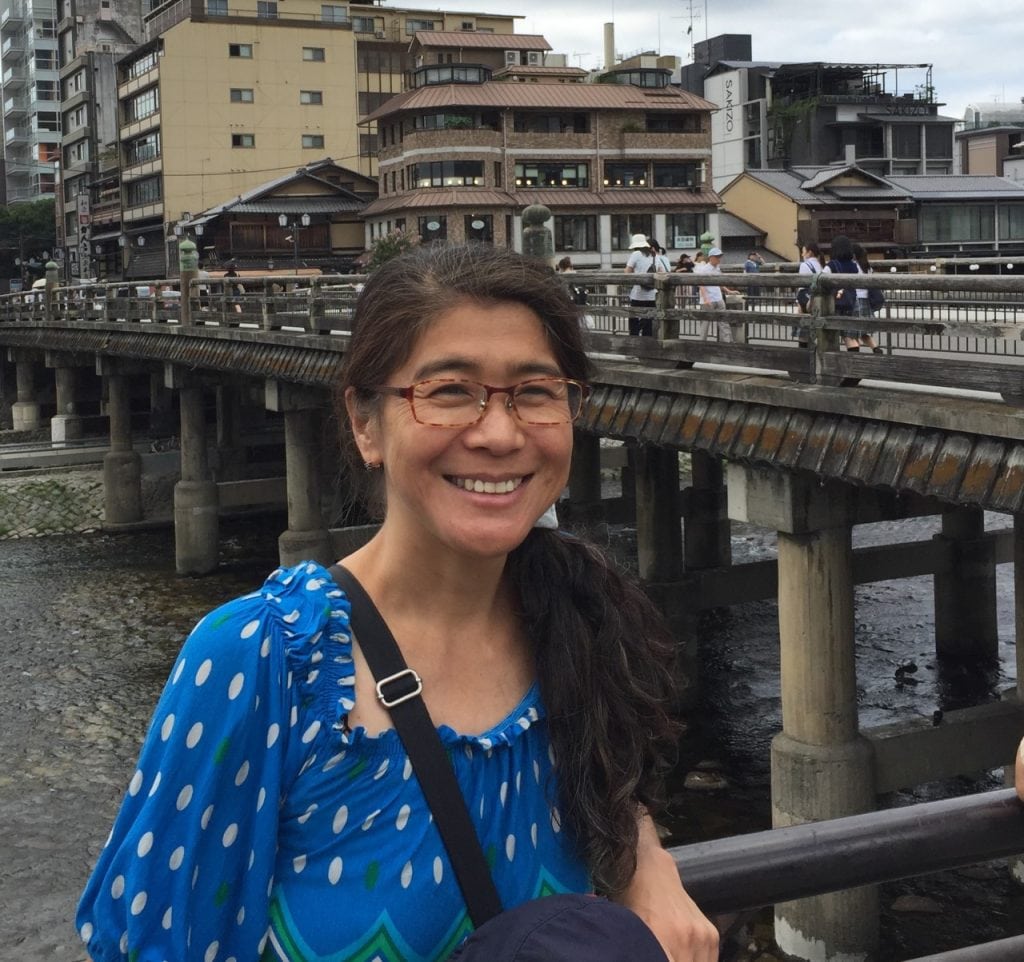 Born in Japan and based in Beacon, Tanaka has created a working laboratory in the west gallery with furniture by cabinetmaker Jon Reichert. “This house is calming and soothing yet full of creative energy,” she says.

The room overlooks the quarry pond, from which Tanaka distills water to pour over plant specimens placed in tumblers and beakers. A large map documents her collection points on the 75-acre campus. From this process emerges a range of colors, each a mutation of the environs. 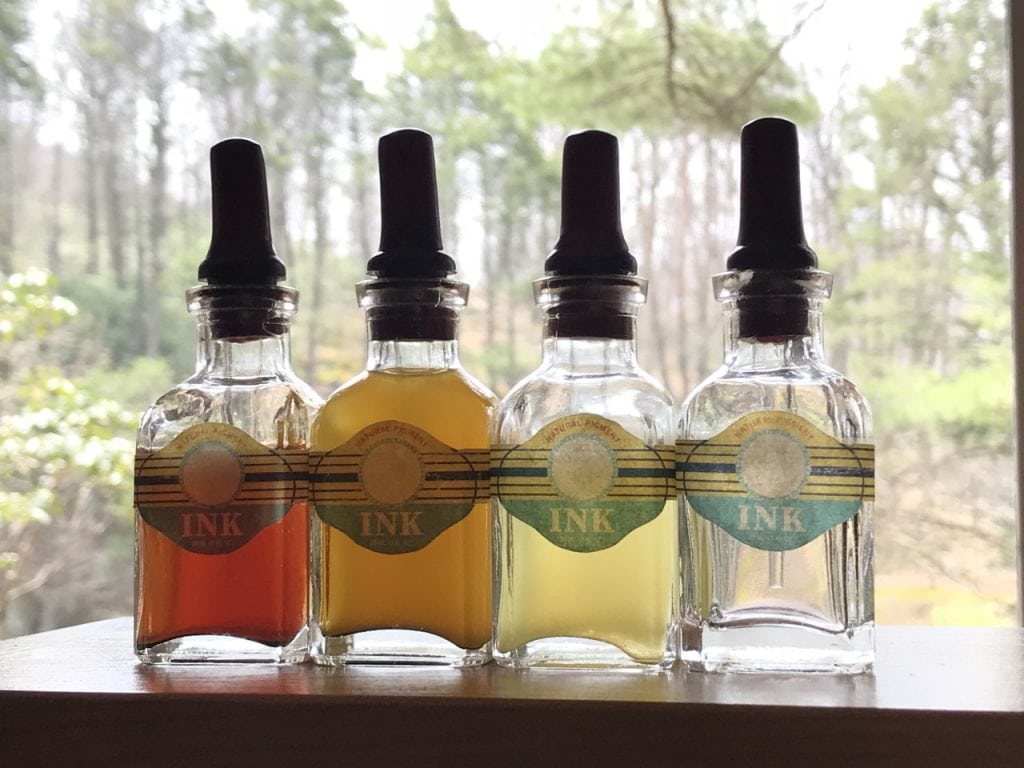 Tanaka’s first two paintings, completed in April, were of mountain laurel and skunk cabbage. She says the subjects of future works will be determined by the species which emerge as the seasons progress.

Tanaka says her first walks through Manitoga reminded her of temples in Kyoto that she visits on trips to her native Osaka. She came to New York City in 1987, at age 25, after graduating from the Osaka University of Art, where she studied graphic design. She attended the New York Studio School and received a fellowship at the Skowhegan School of Painting and Sculpture. 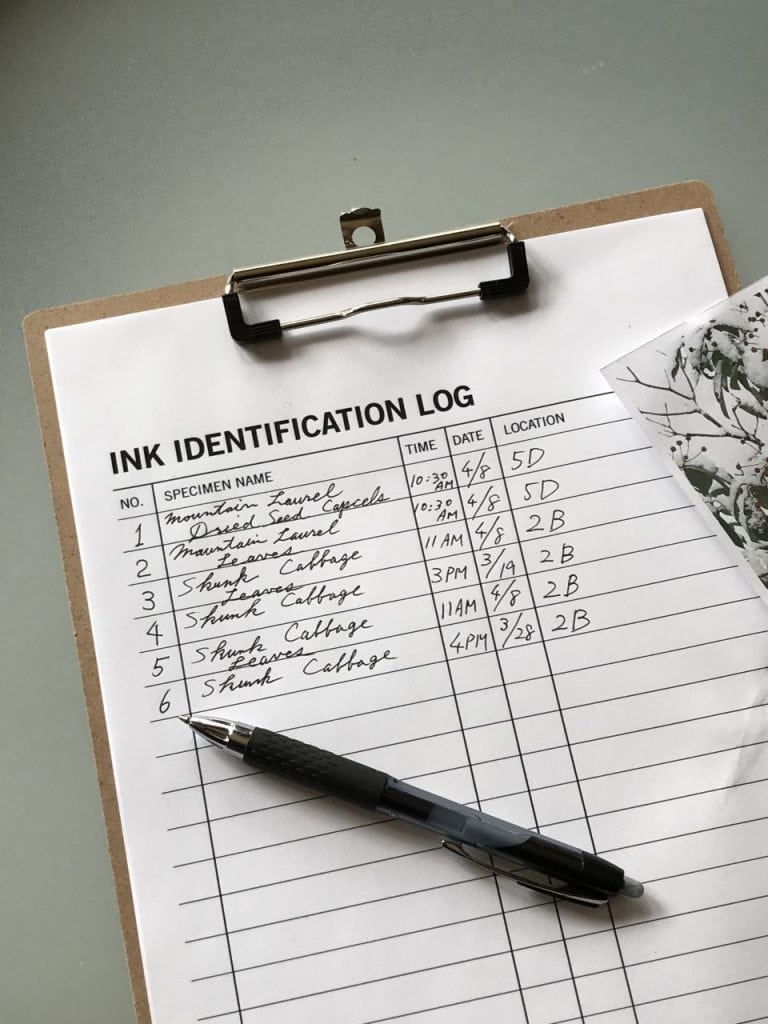 Tanaka mounted solo shows in the 1990s in New York, Boston, Connecticut and Germany. In 2003, Tanaka and her husband moved to Beacon and she’s exhibited regionally since.

There is no formal process for the artist residencies at Manitoga. In this instance, a board member and a past resident both suggested Tanaka to Executive Director Allison Cross.

The residency is “organic and can begin with a thought, an idea or a spark,” Cross says. “It’s about variety, unexpectedness — an unprecedented exploration of Russel Wright’s legacy. We offer the artist an opportunity to explore something new.” 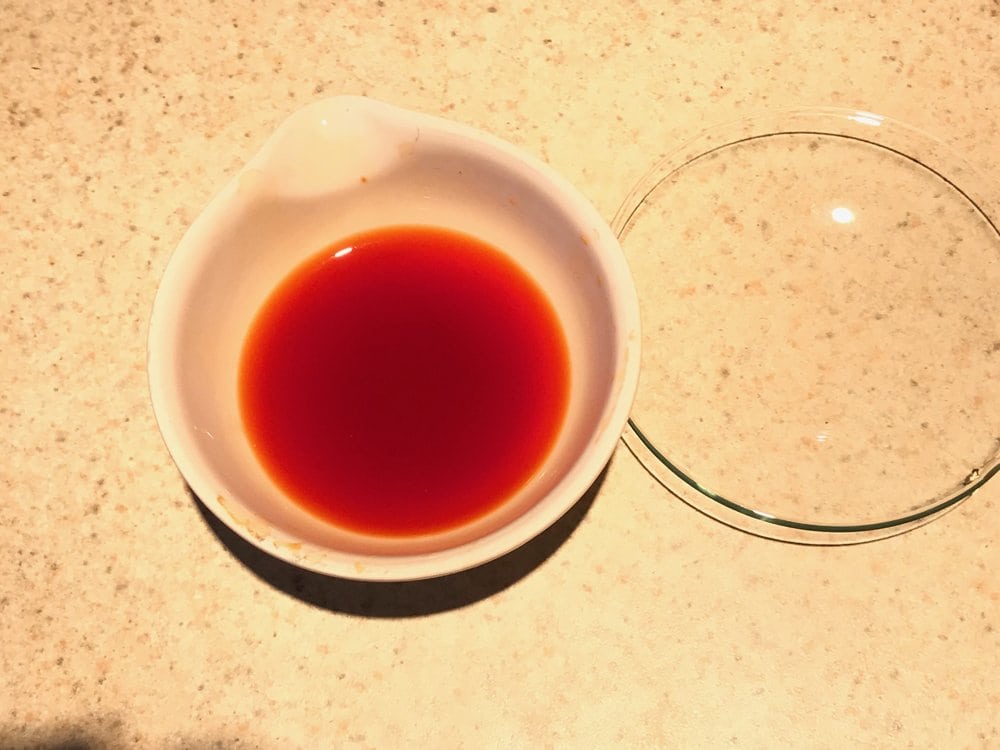 Tanaka says the most interesting part of the process for her was not knowing where it would lead. “Something happens, thoughts come through; I’ve never done this before,” she says. “My first experience with Manitoga was walking around in the middle of winter. I was surprised to see the color of the winter mountain laurel. I clipped a piece off, went home, then saw what colors I could create with it. I tried cooking it in a small pot, then thought, why not work with the quarry pond water?”

She adds: “If we go to the paint store we are ‘given’ a color. I wondered, can I be closer to what I draw? I draw mountain laurel out of mountain laurel. An artist’s perception of color is different. We get to play with that.” 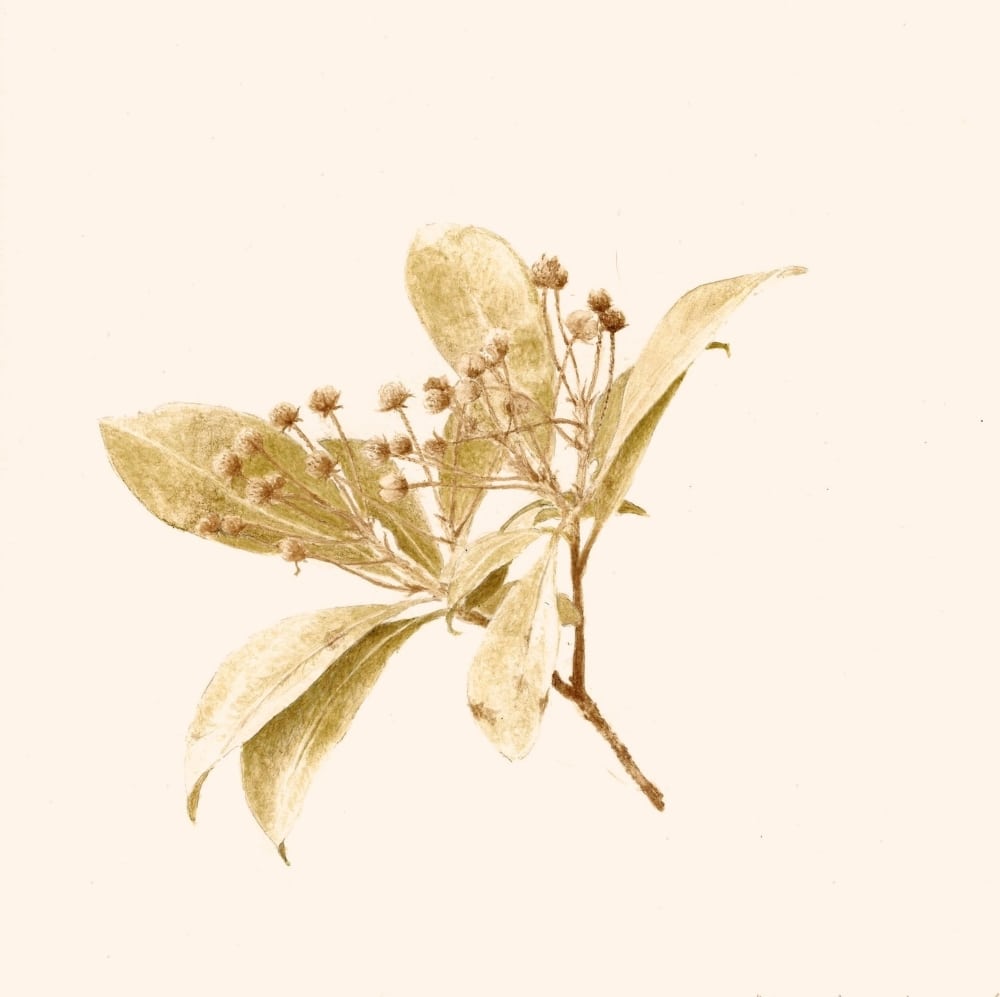 Russel Wright would have agreed. He made many studies of color. His early American Modern and Iroquois lines featured colors from nature, and the glazes were patented.

Tanaka’s lab will be a part of this season’s public tours, which begin May 18 at the site, which is at 584 Route 9D. See visitmanitoga.org. In addition to her residency, Tanaka has a solo show, No Home Go Home / Go Home, at the Matteawan Gallery in Beacon that opens May 26. That exhibit includes 12 paintings created with tea leaves, each representing a childhood memory from Osaka.