Two dead steers found by the railroad tracks were not hit by a train as first thought, but had been trampled to death in a cattle car and thrown off by the crew when the engine stopped for wood and water.

The editor of the Cold Spring Recorder offered an editorial suggesting that young men in town should stop “thronging the vestibules and doors in order to get a partner when the girls come out…. Is a ‘fellow’ who is either afraid or ashamed to go for a favorite to her father’s house and learn to escort her to a gathering as well as from it, worthy of female society?”

A Philipstown resident who was born in North Carolina and fought for the Union shared a letter from a relative who fought for the Confederacy and protested that freeing the slaves had been a blatant violation of the Constitution.

The Sons of Temperance announced that its next meeting would center on a debate of the question, “Resolved, that women should be allowed the right of suffrage.”

James Findly caught a 13-inch trout in Foundry Brook that a friend believes was released years ago by Raymond Kemble.

The small son of Mr. Schoenfeld got ahold of a bottle of sulfuric acid kept to test gold and swallowed a bit, burning his mouth and throat.

Helen Nelson was expected to recover after she slipped on Table Rock and rolled down the mountainside. Her playmate, Lizzie Bailey, ran to the home of W.H. Haldane, who summoned Dr. Giles.

H.H. Reilly, a West Point graduate who grew up in Garrison and Cold Spring, has launched a maritime journal called Steam and Sail. 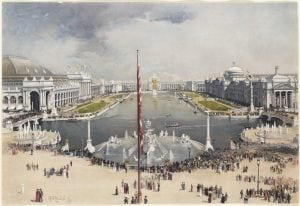 U.S. Rep. Hamilton Fish Jr. planned to visit the World’s Fair in Chicago for two weeks with his brother, Stuyvesant Fish, president of the Illinois Central Railroad, who will travel in a private car.

The Nelsonville trustees placed notices warning bicycle riders to stay off the sidewalks.

The “Orthopedic” base-ball club of Cold Spring defeated Garrison, 36 to 10.

Several sailors who were among the 70 men who deserted the Royal Navy while their warship, HMS Blake, was docked at New York Harbor for the International Naval Review were in the village looking for work but left for Newburgh.

William Knapp, a wealthy farmer in the North Highlands, was awoken at 11 p.m. by knocking at his kitchen door. When he opened it, a masked man put a gun to his chest. Knapp grappled with the assailant, who knocked the farmer out with a blow to the head about the time Knapp’s adult son pushed the man out and locked the door. He noticed a second masked man behind the first.

Corp. James Ricevuto was seriously wounded in action in North Africa and Corp. Joseph Etta was injured when an Army truck overturned in the African theater. The two men enlisted three years ago and have been overseas for six months.

Three of Broadway’s top songwriters, Al Hoffmann, Jerry Livingston and Allen Roberts, entertained campers at Surprise Lake Camp, including sharing a preview of their latest number, “He Looks Like an Angel, but Fights Like the Devil.” 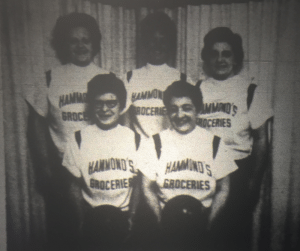 A reception was held in honor of Edna Jackson, who retired after 33 years as a teacher at Haldane Elementary. She graduated from Beacon High School in 1916 and in 1924 began teaching at Philipstown No. 1 School on Route 9, which in 1968 was the home of the Trimble family.

Eighty-nine Haldane Elementary students took part in the Jump Rope for Heart and raised $4,894.06 for the American Heart Association. Amy Peterson collected the most pledges ($157.50).

Ira Boyar, who owns the 232-year-old Bird and Bottle Inn in Garrison, said extensive renovations to its façade were underway, including restoring the front porch to its original appearance. The building was first restored in the 1940s by George Perkins.

State Sen. George Pataki reported that the budget sent to the governor included a provision for “payment in lieu of taxes” in which Putnam County municipalities would receive funds to replace those they could not collect on parkland. [The governor vetoed the provision.]

A Putnam chapter of the Libertarian Party held its first meeting at Smalley’s Inn in Carmel. Bill Deegan, a Republican on the Philipstown Town Board, said he planned to join, and Patty Villanova, a member of BEST (Better Action and Supportable Taxes) and ACTA (All County Taxpayers Association) was also there.

The first of five signs to promote the county’s anti-drug hotline, 225-DRUG, was installed in Mahopac. Another was to be installed on Route 9 in Philipstown.