John Griffiths, the principal since 2015 of the Garrison School, announced on May 23 he will leave at the end of the school year to become assistant superintendent of the Croton-Harmon Union Free School District.

The Croton-Harmon school board is scheduled to approve the hire at a special meeting scheduled for May 25. 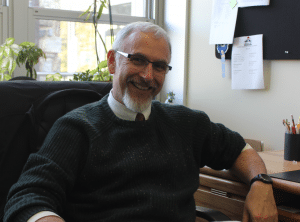 Griffiths, who came to Garrison from Somers, where he was principal of the Intermediate School, said in an email to parents that the move was “the next logical step” in his career. He will remain at Garrison until July 13.

“Among many accomplishments, we have embraced a new approach to literacy education, secured a reading interventionist for our neediest learners, purchased Chromebooks for every upper elementary and middle school student, fostered a new theater program, and increased our use of outdoor spaces through newly mapped trails and the installation of our school garden,” he wrote.

Griffiths, who earns $148,569 annually at Garrison, will make $175,000 at Croton-Harmon. He was appointed by the Garrison school board in July 2015 to a four-year appointment that would have ended Aug. 9, 2019, after which he could have been considered for tenure. He will receive a similar four-year term from Croton-Harmon.

The assistant superintendent position at Croton-Harmon became available when the district promoted Deborah O’Connell to superintendent, effective July 1. She has held the job since 2011 and will succeed Edward Fuhrman Jr., who retired.

One thought on “Garrison Principal Leaving”