By the end of the century, maple syrup could be worth its weight in gold.

A study published in January in Ecology predicts that global warming will have a devastating effect on maple trees. Scientists tracked the growth of 1,000 sugar maples at four sites in Michigan between 1994 and 2013 and found that warm, dry summers stunted their growth. The biggest trees didn’t grow as fast, and saplings were less likely to survive. Because older trees that grow more slowly produce less sap, and because young maples need to be at least 10 inches in diameter to be tapped, warmer and drier summers will be a problem. 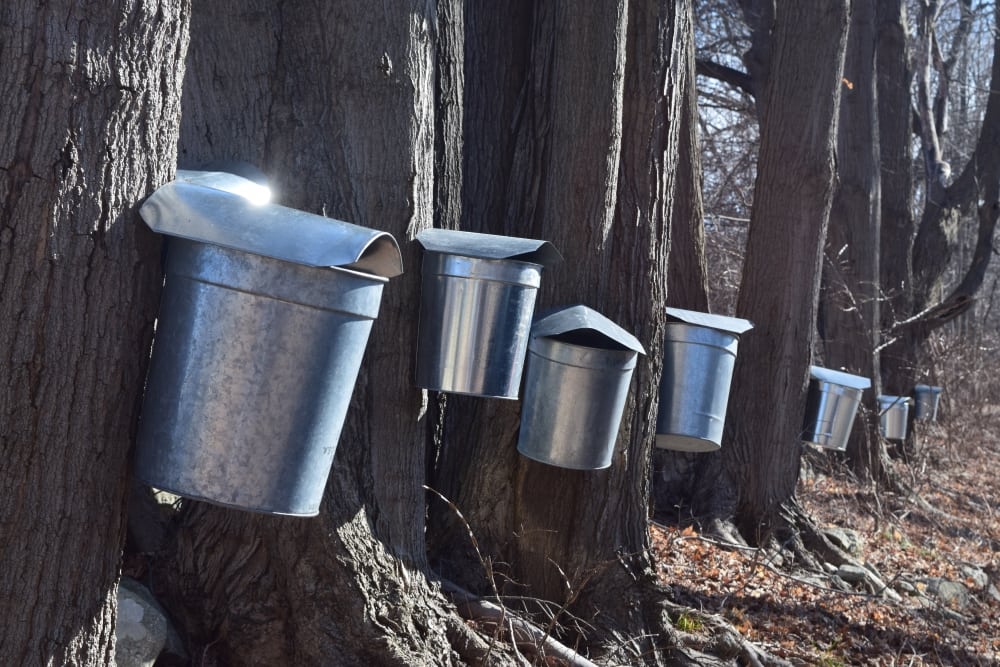 At Longhaul Farm in Garrison, Jocelyn Apicello has noticed a change in the maples near her property. “The maples are weakening,” she says. “They’re so sensitive to temperatures and they’re taking a hit.”

For sap to flow, the temperature needs to drop below freezing at night and rise above freezing during the day. Warmer temperatures have already pushed the first tap of the season eight days earlier than it was 50 years ago. (The first tap in New York in 2017 was on Jan. 1.) More sap may be required to make syrup as its quality suffers. It takes 40 gallons of sap to produce a gallon of syrup, but higher temperatures cause the sap to be less sweet.