A Cortlandt couple apparently died of carbon monoxide poisoning on Wednesday, May 23, after leaving their car running in the garage of their home.

On Saturday, the New York State Police were alerted by a neighbor who saw three days of newspapers outside the Skytop Drive residence. Officers discovered the bodies of Cornelius Dennis, 86, and Joan Dennis, 85, inside the home. 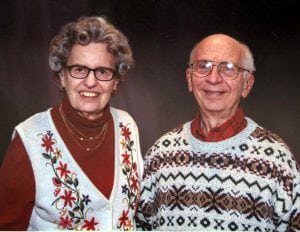 The couple, who were married for 62 years, are survived by their three children and nine grandchildren. A funeral service will be held on May 31 in Ossining.

Carbon monoxide is an odorless, colorless poisonous gas produced by vehicles and faulty furnaces, among other sources. State law requires carbon-monoxide alarms be installed in all new and existing one and two-family dwellings, multifamily dwellings and rentals. See health.ny.gov.