If your parents forbade you from joining the circus, your time has come.

Circus! @ The Howland, a series of art shows, performances and classes, will open in June for a two-month run at the Howland Cultural Center in Beacon. The ringmaster and curator is Karen Gersch, a visual artist and acrobat who was a founding member of the Big Apple Circus. 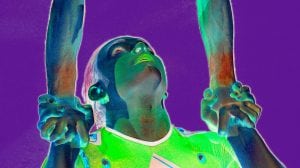 “In the circus, you generally do a few acts — unless you’re a big cat trainer or flying aerialist,” she says. “You have to learn all the skills, like juggling, acrobatics and wire walking, and then you focus. Acrobatics was my main act. I’m the one who holds people up, usually working with another woman or man doing comedy or pure acrobatics.”

In addition to doing and teaching daredevil feats, Gersch paints. One of her paintings will be included in The Art of Balance, an exhibit of circus-themed prints, paintings, sculptures, puppets and jewelry by 10 artists that kicks off with a reception from 3 to 5 p.m. on Saturday, June 2. It will also include artwork by Beacon City School District students. “Their quality and imagination is amazing,” Gersch says. 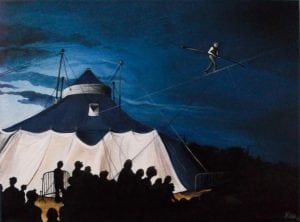 For a one-ring Piccolo Circus that will be held on July 1, Gersch recruited friends who are jugglers, magicians and plate spinners. “Li Liu does her entire act while standing on her hands,” Gersch says. “She’ll have everyone’s jaws dropping.”

World Circus, a documentary that will be shown June 22, follows five groups as they prepare for the tryouts for the Monte Carlo Circus Festival. The filmmaker, Angela Snow, will answer questions. 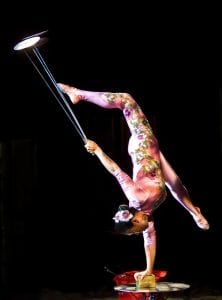 Another attraction for all ages: two Family Fun Balancing Days (June 24 and July 8), where anyone can learn to juggle, walk on a tightrope or a rolling globe, and do simple acrobatics.

“I can say to a child, ‘See how you learned how to balance? Go look across the room at that artwork of someone balancing,’ ” Gersch says. “It gives them a better appreciation of what they’re looking at.” 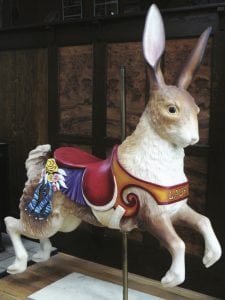 For a July 25 show, the curator lured Pinot & Augustine, a musical clown act that she worked with at a circus festival at the Smithsonian, to travel to Beacon from Maryland. “If there’s anything to make people forget about evil clowns, it would be European-style clowning, which is so beautiful and poetic,” she says.

The Howland will also host a display put together by the Beacon Historical Society on animal trainer Isaac Van Amburgh, who grew up in Fishkill Landing (now Beacon) and during the early to mid-19th century was famous for feats such as sticking his head into a lion’s mouth. Van Amburgh inspired one fan, Queen Victoria, to commission a painting of him. 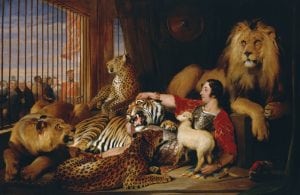 This painting by Sir Edwin Landseer of Isaac Van Amburgh and his animals was commissioned by Queen Victoria. Van Amburgh grew up in what is now Beacon. (Royal Collection Trust)

Through Safe Harbors of the Hudson, Gersch has been working with a troupe of Newburgh students who will perform on July 1 in Ritzkids: The Art of Balance. “It’s good for kids to see other children performing,” Gersch says. “They get a sense that this is something you can learn to do yourself.”

Gersh says her goal with the nine weeks of summer exhibits and events is to “make people have a better feeling and understanding — and affection — for the circus again.” For a schedule, see howlandculturalcenter.org.