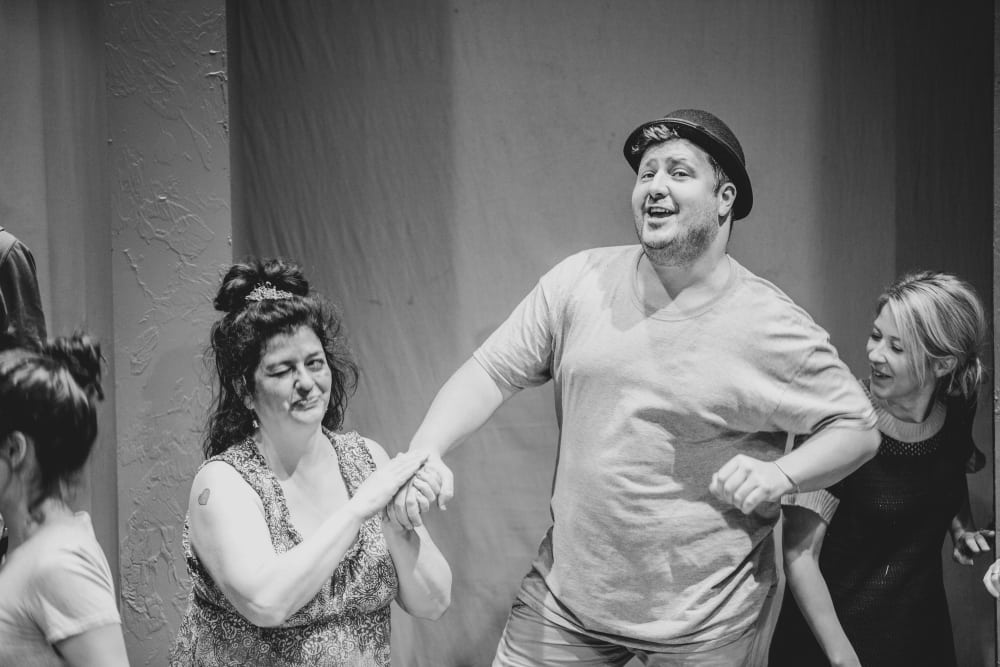 MUSIC MAN — Emilie Ellison, Richard Peri and Anna Malinoski Stephens in The Music Man, which continues at the Philipstown Depot Theatre in Garrison through June 10 (Photo by Peter Bach) 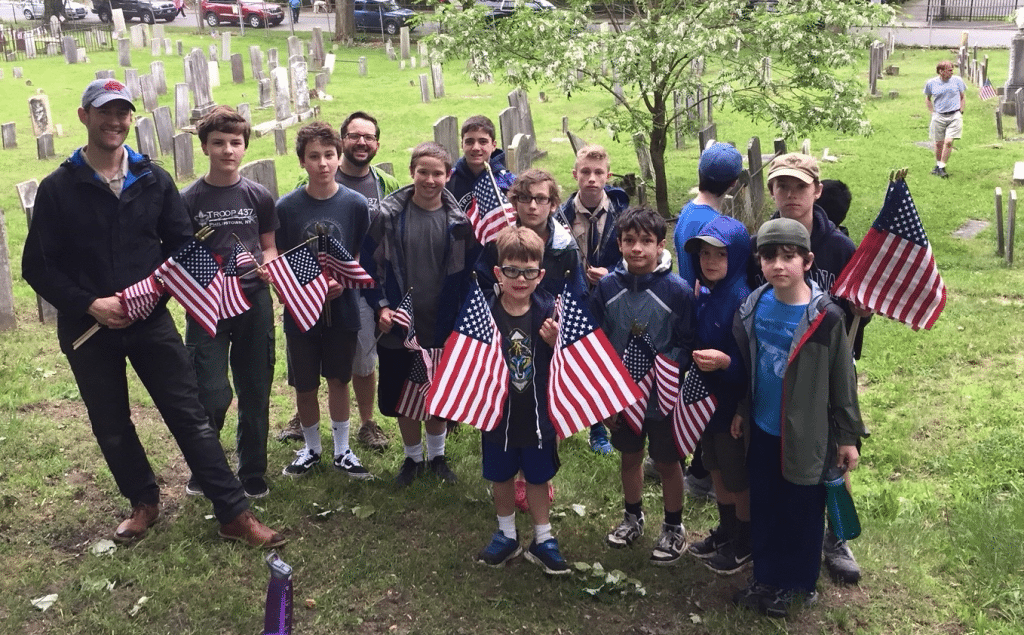 FLAGS TO REMEMBER — On Memorial Day, local Boy Scouts and their parents and grandparents, as well as members of the Philipstown Cemetery Committee, placed flags on the graves of veterans at the Mountain Avenue and Cedar Street cemeteries in Cold Spring. The Scouts and their leaders are shown near the crypt on Mountain Avenue of Major Gen. William Hopkins Morris, who commanded brigades at Harper’s Ferry and Gettysburg during the Civil War and was severely wounded at the Battle of Spotsylvania Court House. (Photo provided) 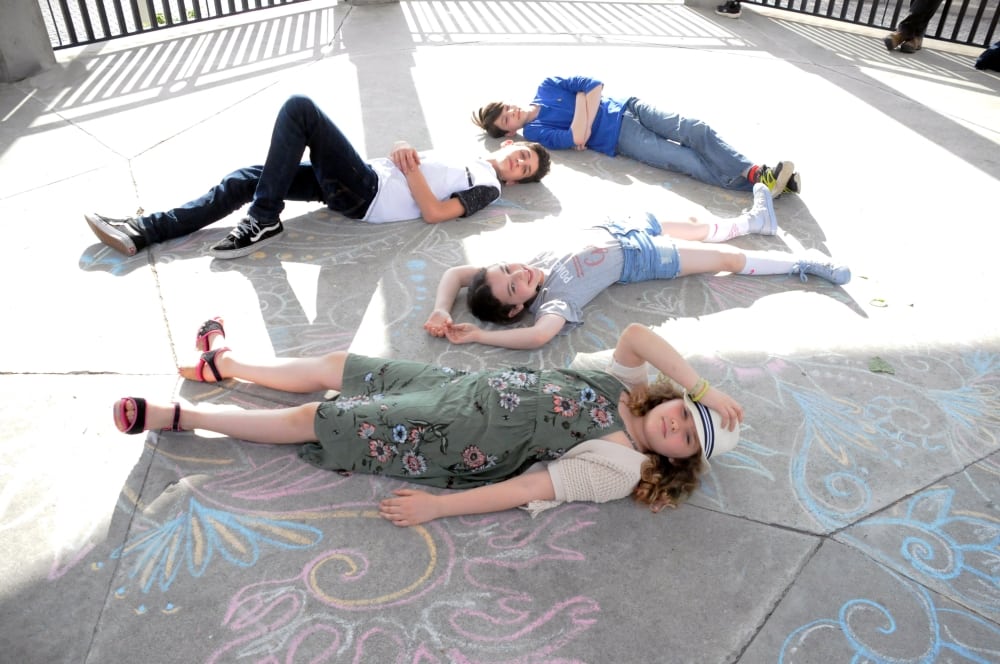 KID STARS — Four young actors will appear this summer in the Hudson Valley Shakespeare Festival’s production of The Heart of Robin Hood. From top, Samuel Bates, 12, of Philipstown, and Adam Cabo, 13, of Beacon, will alternate in the role of Jethro, while Phoebe Bokhour, 9, of Cold Spring, and Talia Hird, 9, of Philipstown, will share the role of Sarah. (HVSF) 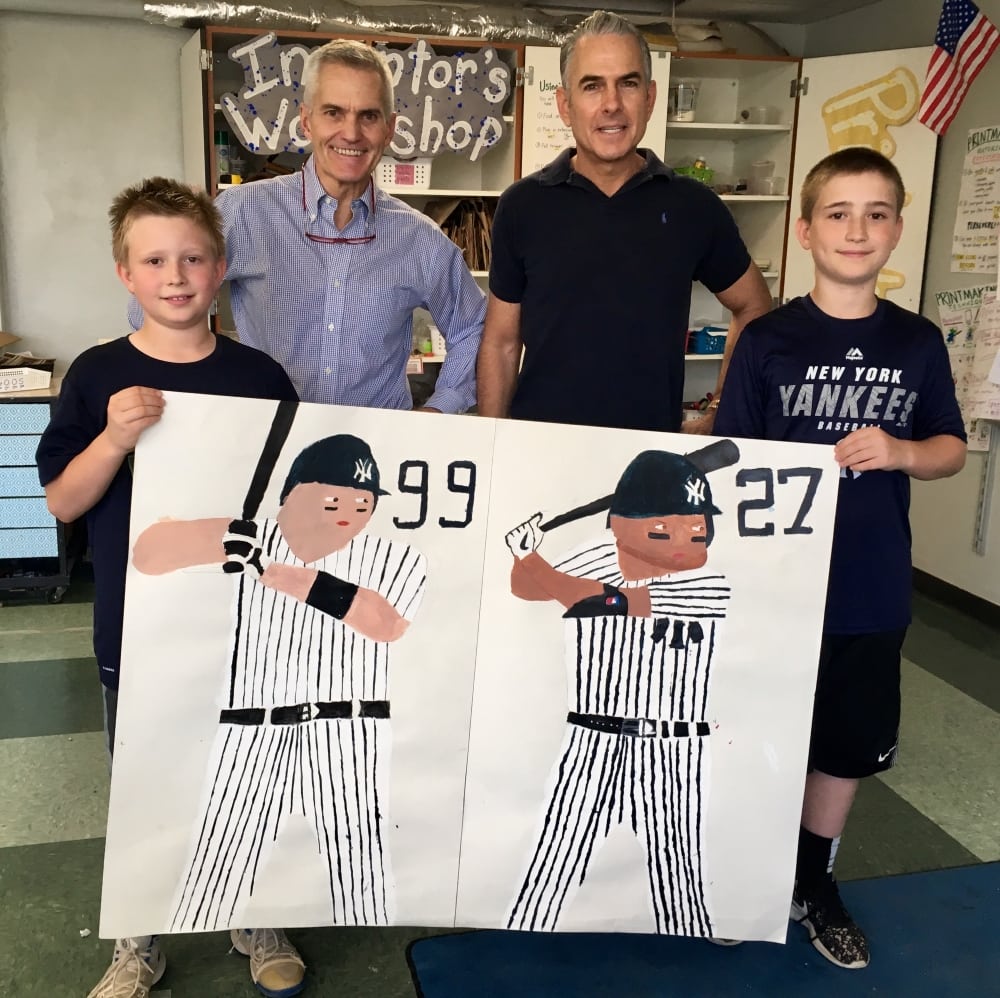 SOLD! — Randy Federgreen and Larry Weisler visited the Haldane School on May 21 to purchase artwork they had admired in a student display at Foodtown in Cold Spring. The price was not disclosed. “Bronx Brothers” was created by Jeremy Hall (left) and Ryan Van Tassel. (Photo provided)