We asked Audubon’s Eric Lind to identify three birds seen at Constitution Marsh that face dire circumstances due to global warming. He notes that “these examples are already under pressure due to habitat degradation or loss, collisions with buildings and other man-made structures, environmental contaminants and invasive species. Major stresses from climate change add to a fate that is complex and uncertain.”

“Currently listed as a threatened species in New York state, it needs large freshwater and brackish marshes with tall and dense emergent vegetation, interspersed with patches of open water. The numbers are stable in the marsh, likely due to our management of invasive plants. It may experience a shift in range from the South to our area, but this won’t matter if the marsh is severely diminished from sea-level rise.” 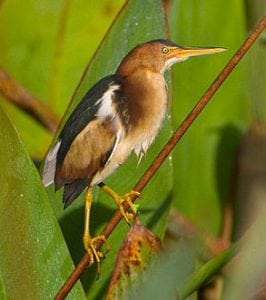 “The increasing severity of storms threaten its chicks, as the large size of the nests make them prone to being blown down. By 2080, only about 25 percent of the bald eagle’s current range is expected to remain. While new areas may open up with the warming climate, they will not assure a sustained population. Forested areas adjacent to large bodies of water with abundant, large fish are also needed. In New York, we are seeing eagles breeding earlier in the season.” 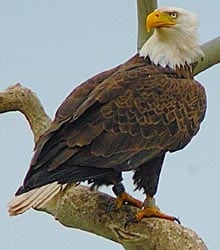 “They nest only along clear, clean streams that flow through hilly dense forests. Audubon’s climate model projects a 97 percent loss of current breeding range in eastern North America by 2080.” 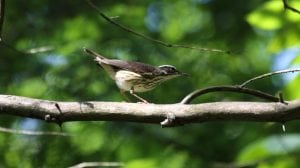 Into the Wild
Wrenches in the System
Resilient Landscapes
Could Trees Save Us?
So Long, and Thanks for All the Fish
The Climate for Lyme