Constitution Marsh is in danger of drowning.

The 270-acre wildlife sanctuary in Garrison, which has been managed by Audubon since 1970, could be overrun by sea-level rise caused by global warming by the end of this century.

“The rate and volume of sea-level rise that we’re seeing is unprecedented,” says Eric Lind, who has been the director of the Audubon Center at the marsh since 1998. “The vegetation here grows in a ‘window’ of water depth, and there’s a strong possibility that with too much water the vegetation in these habitats will be drowned.”

One of five large tidal marshes on the Hudson, the preserve provides foraging, nesting and resting habitat for more than 200 species of birds and 30 species of fish.

But because the river is an estuary, or arm of the Atlantic, as sea level rises, so too will the river. When it does, the mix of grasses, sedges and reeds that make up the marshes may be submerged, forcing inhabitants such as the marsh wren and other migratory waterfowl to move along, or die. 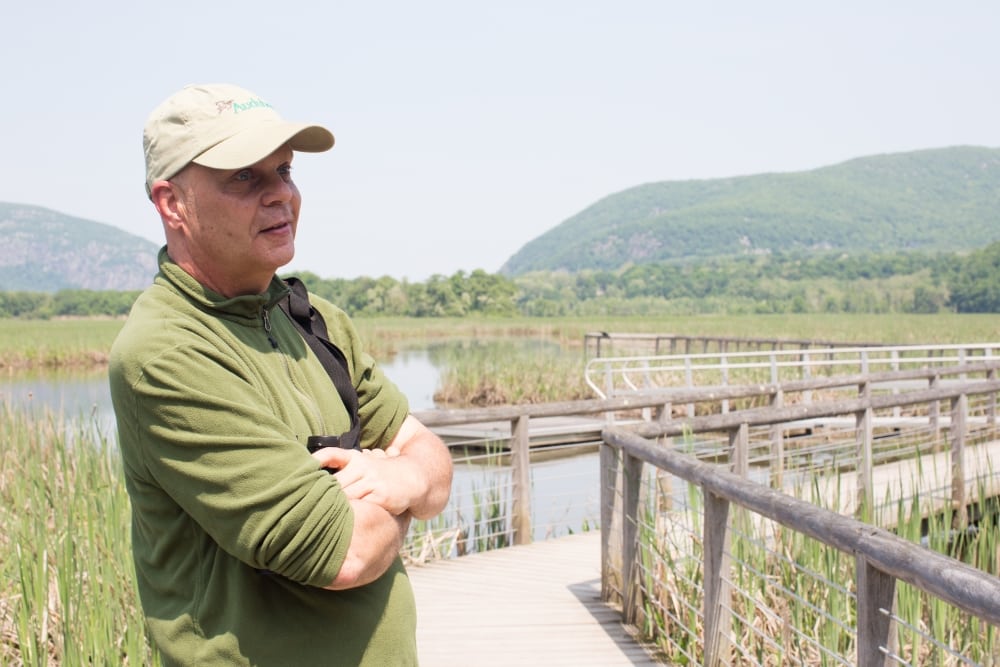 In other locales, marshes could move inland to higher elevations. But at Constitution Marsh, Lind says, the habitat is “hemmed in by steep slopes — the Hudson Highlands, essentially.”

One solution would be to build up the river floor, giving the marsh a “platform” to grow on, which is happening naturally, but probably not quickly enough, as more frequent and intense storms dump huge volumes of sediment into the river.

Lind and his colleagues at Constitution Marsh have installed nine measuring stations to assess whether the sediment is being held by the marsh or flowing through to the Atlantic.

“It’s unlikely that there will be enough sediment entering the river to maintain pace with sea-level rise,” Lind concedes. “But nobody knows. The point is it’s a dynamic natural system.”

That may have been the greatest takeaway from my visit last week to Constitution Marsh. The natural world is infinitely complex, and it is that exceptional quality, a connectedness that runs layers and layers deep, that makes it difficult to quantify the effects of global warming on plants and animals.

Some changes are easier to observe than others. As temperatures warm, animals move to higher elevations to find temperate waters and reliable food sources. This is true for many species — fish or fowl, flora and fauna.

Similarly, the populations of invasive species like the hemlock woolly adelgid, a tiny, brown, aphid-like insect, have been jumpstarted in the Highlands by the warmer spring weather. Their voracious feeding sucks fluid from and eventually destroys hemlocks, a tree that grows along the sides of streams and helps with flood and erosion control.

There are so many corollary and intersecting effects that it’s virtually impossible to say that climate change caused this but not that in the natural world, notes  Lynn Christenson, a Vassar College associate professor of biology. The impacts are intricately woven together. 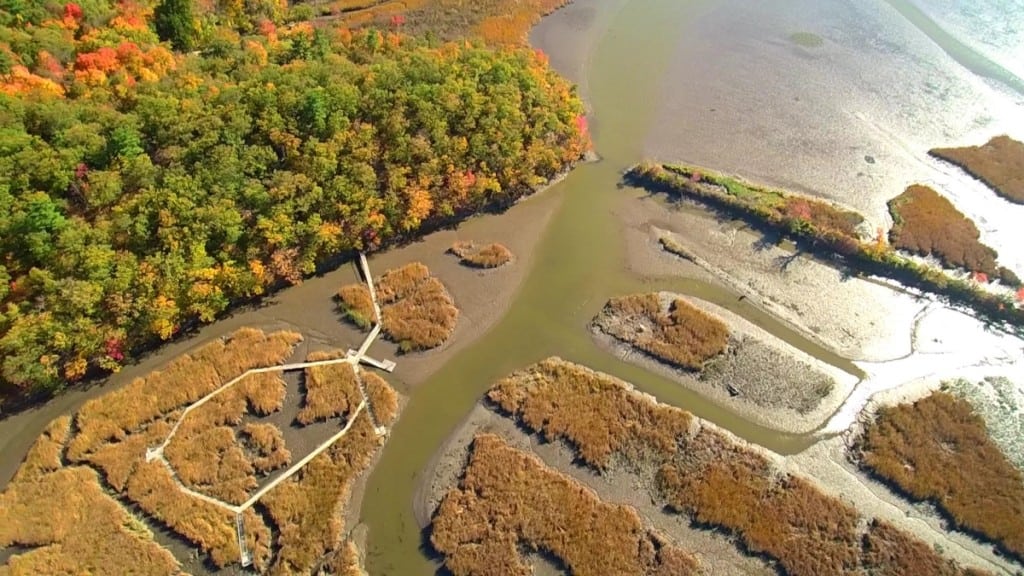 However, what global warming clearly threatens is biodiversity, or the healthy variety of life. But why, I asked Christenson, is a variety of life forms — from humans to habitat to microscopic organisms — important? Why does it matter?

“Biodiversity enriches the environment at the most basic level,” she explains. “When we lose it, we lose functions and relationships that have long-term connectedness.

“Every time something shifts, there’s a whole new arrangement with organisms that have to share that space. And when a system gets disrupted, the ability of diseases and pathogens to move through that system can increase. If we have poor nutrition or we don’t have a safe place to live, we’re more susceptible to catching a virus or a bacterial infection. That’s why biodiversity is important.”

Back at Constitution Marsh, Eric Lind tells me during a hike why he is drawn to the natural world. While growing up in Putnam County, being outside was a huge part of his childhood, he says. “I found things and heard things,” he recalls. “I realized how full the world was. Later, when I began to study things like migratory birds or fishes, I realized these were connections that I had with the rest of the world.

“As a child, I heard a bird singing in a treetop in my neighborhood one day. It was a scarlet tanager,” which is now threatened by climate change, Lind says. “It was this incredibly clear spring day. The bird was vivid red, the trees were vivid green and the sky was vivid blue. When I saw that, it seared the image. It was unforgettable.”

The idea that images like that could someday be lost is painful.

“The news is bad,” he says. “It gets worse every year. It’s troubling at best and terrifying at times. We’re talking about decades, but it’s difficult to think beyond what you have to do next week. Day-to-day, the changes here just aren’t that obvious.”

Into the Wild
Resilient Landscapes
Saying Goodbye
Could Trees Save Us?
So Long, and Thanks for All the Fish
The Climate for Lyme

One thought on “Wrenches in the System”