An argument for the center

Fred Rich, a retired Wall Street lawyer, is the author of Getting to Green — Saving Nature: A Bipartisan Solution. He has a home along the Hudson River in Garrison.

How did you come to this topic?

I’ve been involved in environmental organizations since moving to Garrison in 1989 and was board chair of Scenic Hudson Land Trust for more than 20 years. As a lawyer, I represented oil and mining companies. So I was positioned to see the issue from both sides. I also was a registered Republican until 2012, when I couldn’t take it anymore.

You describe the relationship between the major parties on environmental issues as “the great estrangement.” What do you mean?
Part of the reason we’re in this pickle is that it’s complicated and hard to dumb down. Conservation used to be a bipartisan cause but climate change is not smog or acid rain. Arguing that we can find common ground doesn’t mean we can’t disagree about how much sacrifice to make. We should be debating the best approach to the problem, not whether it exists.

Nuclear to me is a great litmus test. We’re sitting here with Indian Point around the corner. I’m thrilled to see it shut down, but that’s a totally selfish thing. If we had some climate scientists sitting here, they would say if you are serious about climate change, you should support nuclear. We should assume nuclear is going to go bad so you have to site it where the damage can be contained. For example, not outside New York City. But to take a knee-jerk anti-nuclear stance is one of the hypocrisies that a lot of people on the right see on the left. 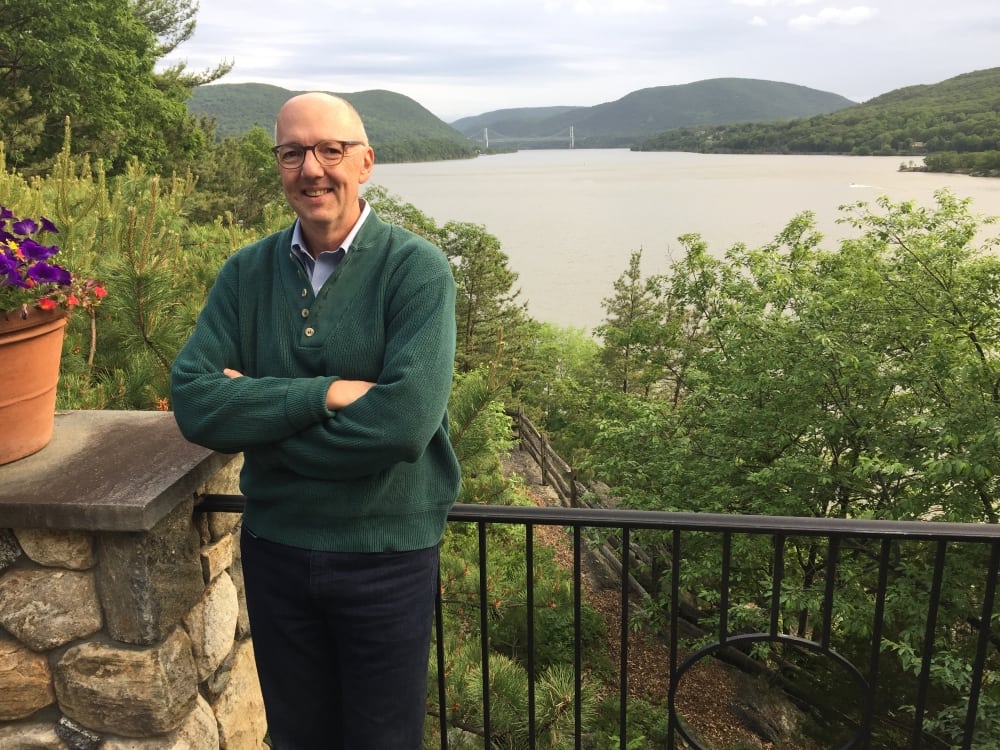 Fred Rich on the balcony of his Garrison home, with the Bear Mountain Bridge in the distance (Photo by C. Rowe)

Various polls show most Republicans do not consider global warming to be a threat, or even real. That’s more than a disagreement over what to do.

You have to go behind the polls. Far-right conservatives deny it’s a problem, but among the balance of Republicans, the number who are concerned is not so far off the national average. The majority of the country — the huge chunk in the middle — is ready to move forward. Many Republicans may favor a market approach over a regulatory approach. They may support a revenue-neutral carbon tax over a revenue-positive carbon tax. But those are details.

Because of our primary system and gerrymandering, the 30 percent of the population on the hard right make it impossible for moderate Republicans to win primaries. But change is possible. Look at same-sex marriage. In 2010 it looked like it was going down in flames, but by 2012 it reached a tipping point.

Percentage of Americans age 55 and older are worried a great deal or fair amount about global warming, 56; percentage of those age 18 to 34, 70

Percentage of Republicans who worry “a great deal” about climate change, 18; of Democrats, 66

Percentage of college-educated Republicans who believe global warming is “generally exaggerated,” 74; of independents, 46; of Democrats, 15

Percentage of conservative Republicans who say global warming will never be a problem, 40; of liberal Democrats, 3

Many scientists express frustration. Their view is we can’t keep talking about it and finally do something in 2100.

I get the frustration, but we have to be deeply pragmatic. The perfect is the enemy of the good. The environmental movement didn’t want to be incremental, and so it rejected mitigation on the basis it wasn’t enough. And then 20 years passed. When the State of Washington tried to set up a carbon tax, environmental groups opposed it because it was revenue-neutral and they wanted it to be revenue-positive so there would be money for research and development.

Environmentalists also tried to work at a global level, but the right hates treaties and “derogation of sovereignty” and all that stuff. The Paris Agreement in 2015 was great but it was clear it would never accomplish anything unless Democrats controlled both houses [of Congress] and the presidency. Everything Obama did has been destroyed. There’s a lesson there. If we keep shifting back and forth, why bother? 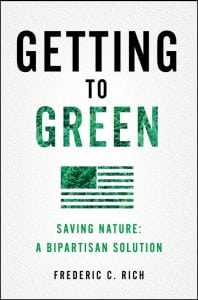 How do you change hearts and minds?

There have been many betrayals by Donald Trump of his supporters but one of the worst was withdrawing from the Paris Agreement. He gave China leadership of green energy technology. There’s no scenario where people in the coal industry will keep their jobs, because natural gas killed the industry. But the jobs that coal miners and their children might have had in green energy are going to China. If you want to make America great again, make us lead the industries of the future.

What could be done?
With acid rain, scientists told Congress, the stuff coming out of smokestacks is killing the forests and lakes and fish. Republican leaders didn’t say, “It’s not real,” but asked, “What are we doing to do? We don’t like regulation, but want to minimize the expense to the economy.” Instead of saying every plant had to add pollution controls, they set an aggregate goal. That’s cap and trade. The people who can reduce pollution at the lowest cost do it and those with the highest cost don’t, but pay something.

So it’s at the feet of the Republican leadership in Washington?
I was hopeful, but Trumpism knocked the thesis of my book for a loop. If any other Republican had won, we’d have a carbon tax or cap and trade. His election moved the action to the state and local and corporate level. Huge parts of the corporate sector are doing carbon-positive things every day, because it realizes sustainability will be profitable in the long term. And local governments are less dependent on party politics. If everybody does what they can do, that’s how the world changes. It’s not enough, which drives scientists crazy, but it’s a start.

What Now?
Climate Smart
The Bottom Line
Can We All Get Along?
Hot Earth, or Hot Air?