The Beacon school board on June 4 appointed two principals and a director of technology.

Elisa Soto is the new principal of Beacon High School, succeeding John Sieverding, who retired after seven years in the position. Soto is the assistant principal at Monroe-Woodbury High School. 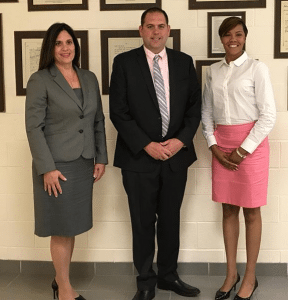 Crystal Sessoms was appointed as principal of J.V. Forrestal Elementary, succeeding Asheena Baez, who took a job on Long Island. Sessoms is the assistant principal of Ithaca High School and a former special education teacher.

The board also named Michael Kealy as director of technology for the district. He holds the same position with the Coxsackie-Athens Central School District and is a former social studies teacher and academic dean.