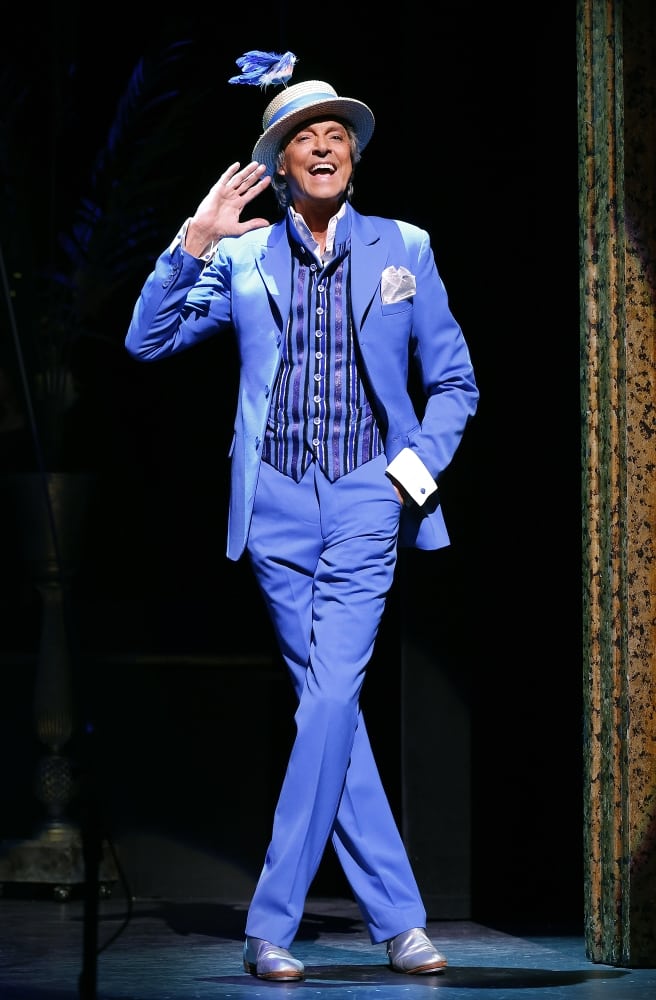 Tommy Tune, 79, who has won 10 Tony Awards as a Broadway dancer, director and choreographer, will lead a parade at 4 p.m. on Saturday, June 16, at Garrison’s Landing to mark the 50th anniversary of the filming there of Hello, Dolly! The next day, he will perform Tommy Tune Tonight at the Paramount Hudson Valley.

Which was more intimidating: meeting Gene Kelly, who directed the film, or Barbra Streisand, its star?

Oh, Gene Kelly. I was plucked from the chorus of a Broadway play by the Dolly casting director, who had seen it and flew me to Hollywood. I was the 21st guy to audition, in full costume. Gene Kelly said, “Let’s see how you dance.” He later would give me the best piece of advice I’ve ever received when he said, “Tommy, dance better.” Dancers know what that means. On set, Barbra Streisand was nice but shy. She had filmed her first movie, Funny Girl, but it hadn’t been released yet.

How did it feel leading the complicated “Put On Your Sunday Clothes” number?

I didn’t think about it. It wasn’t until I saw the film that I realized how big my part was. I had a straw hat that I had to throw in the air, and I was terrified I would drop it and mess up the scene. Other people had derbys, which are easier to toss.

Any memories of Philipstown?

It was so, so hot. I was wearing a cut velvet coat with a silk vest and tweed pants and it was 106 degrees in the shade. I said to Barbra, “I’m really sweating,” and she replied, “You’re not sweating. Horses sweat, gentlemen perspire.” I asked her what ladies did, and she said, “They glow.” For the elopement scene, there was no rehearsal, because they were supposed to film a scene with Walter Matthau but it was the day Robert Kennedy got shot, and the news hit Matthau hard. When I saw the scene I realized we were working through a sadness. I returned to Garrison for a visit in 2009 and went into Vandergelder’s [the three-story brick house on Dock Street] to the room where we played our little scene. Then I tripped the light fantastic down to the train station. Just me. I had to.

You have said your father sent you from Texas to New York City with “a bag of sandwiches and a checkbook.” What should a dancer bring now?

A computer, but thank God we didn’t have them. I don’t have one now. Don’t have a cellphone, either. They rob me of my imagination and concentration.

You’ve also said that every time you go onstage, your intent is to make it better than the night before. Do you find theater more satisfying than film?

I’m a theater junkie. I especially loved being in the chorus. Instead of uniforms there are costumes, instead of cleats there are tap shoes, and we have to win every night — to give people the best show they can see — invent the thrill. If you make a mistake you have to make it work, and that requires adrenaline. I do love both the stage and film versions of Hello, Dolly! When the movie came out, it was during the height of the Vietnam War and the country was not in the mood for it. Through the years, though, the feeling from it has become timeless. Musical theater’s job is to entertain and to enlighten, and that enlightenment can be intellectual, but also of your spirit, of your heart.