When Gillian Thorpe was appointed 18 years ago as director of the Julia L. Butterfield Library, she says it seemed like the culmination of her decades-long obsession with the wealthy Cold Spring woman who in 1913 provided the funds to build and stock the structure. 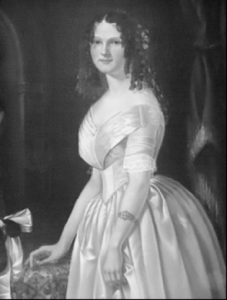 When Thorpe was a child growing up in Cold Spring, “Mrs. Rathjen, who gave us kids cookies from her porch on Mountain Avenue, told us of seeing Julia Butterfield going by in her carriage.” When Julia Butterfield’s summer home, Cragside, burned down in 1979 on the site of what is now Haldane High School, Thorpe remembers standing in a nightgown, watching.

“I’ve been a bit obsessed with Mrs. Butterfield since I was a child,” admits Thorpe. “She is forgotten among our local history. Whenever students visit our library, I tell them about her.”

Butterfield and her realm will be the focus of a tour that Thorpe will lead on Saturday, June 23, in what she hopes will be the first of monthly walks on various historical themes. Digital, self-guided audio versions will be posted online.

The tour will begin at 9 a.m. at the library, then head up Craigside Drive (Thorpe will explain the change in spelling) to the site of the former home, with several stops on the Haldane campus, including the Mabel Merritt administrative building, once the property’s stables. 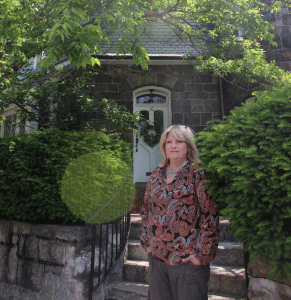 Gillian Thorpe outside the former Butterfield carriage house, now a private residence (Photo by A. Rooney)

From there the group will advance to James Pond, which Thorpe describes as the Butterfield watering hole; to Cold Spring Cemetery, which holds the family tombs; and to the site of Butterfield Hospital, now redeveloped but with a prominent street named Julia Lane.

Born in 1823, at age 18 Julia Lorillard Safford married Frederick James, a broker and banker in New York City. They lived on Fifth Avenue and in 1852 in Cold Spring built a magnificent stone village house that was named Cragside because it had been constructed on a hillside strewn with rocks. It was surrounded by elaborate gardens, lawns, orchards and fields, according to Trudie Grace, author of Around Cold Spring.

Where the Money Went

Bequests by Julia Butterfield in her 1913 will, with current values


A gatehouse built in 1866 still stands at the foot of Craigside Drive as a private residence. An expansive terrace still remains, as well, although “you have to peer into the woods to see it,” says Thorpe.

Frederick James died in 1884. Two years later, Julia married Daniel Butterfield, a Civil War general who is credited with composing “Taps” and whose father co-founded American Express. He lived until 1901. When Julia died in 1913, her estate estimated to be worth $3 million, or about $75 million today. 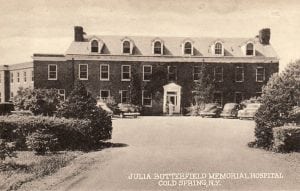 Butterfield Memorial Hospital was built in 1925 and torn down in 2015.

Although most of her wealth was left to the Young Men’s Christian Association, Butterfield bequeathed $150,000 for the construction of a hospital and $60,000 for a public library to be located in the village and include a stage. 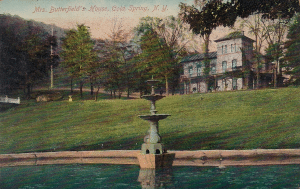 The Georgian Revival building was constructed on the foundation of the old Dutch Reformed Church and dedicated in 1925. The hospital, finished the same year, was built, many believed, because one of Julia’s sons had died after a fall from a horse and she felt he might have survived if a hospital had been closer.

To reserve a spot on the tour, visit butterfieldlibrary.org and click on Calendar. For the online maps, click on History Tours.

One thought on “Walking into the Past”