Thousands of people on waiting lists

Leesa Thompson’s ongoing appeal is nothing like a typical GoFundme campaign that seeks as many donations as possible. She needs just one contribution: a kidney.

Thompson, 61, who has been a member of the Beacon Sloop Club for more than 35 years, has chronic kidney disease that has left her with only 15 percent function. That’s not low enough to require dialysis, but she says her doctor has told her to prepare to start later this year as her kidneys continue to fail. With dialysis, her life expectancy will be about five years, she says.

A human has two kidneys, each about the size of a computer mouse, which together filter the body’s entire blood supply about every 30 minutes to remove waste and toxins. They also help control blood pressure, stimulate red blood cell production and keep the bones healthy. 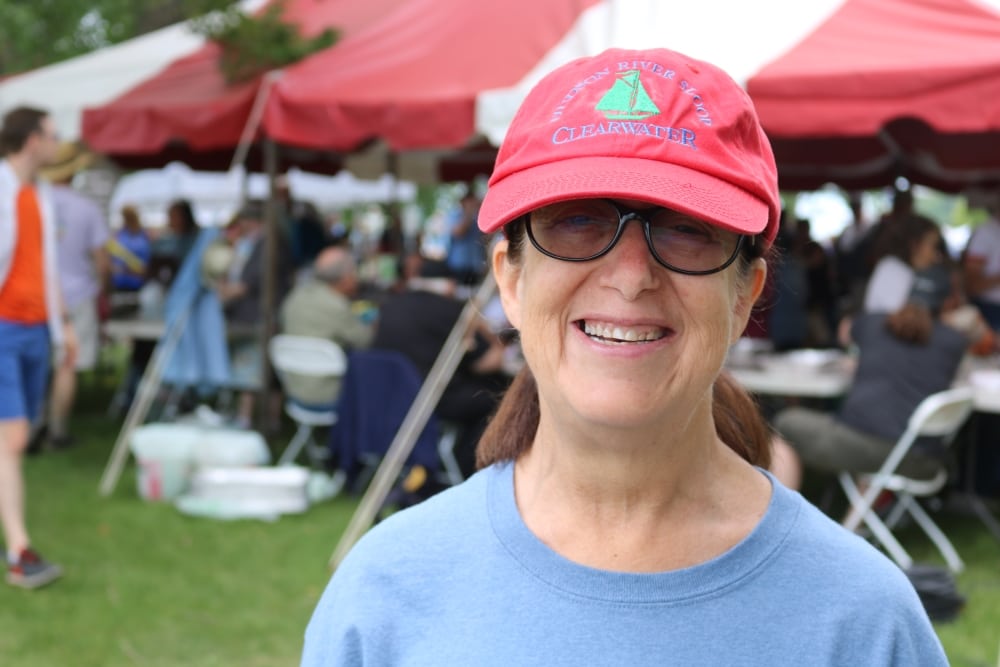 Leesa Thompson at the Strawberry Festival in Beacon (Photo by M. Turton)

In early May, Thompson signed on to the transplant list through NewYork-Presbyterian/Weill Cornell Medical Center. She joins 95,000 other Americans on the national list, which includes 7,822 patients in New York.

Thompson, a speech pathologist who lives in Cortlandt Manor, has had kidney problems since birth, when an infection went undiagnosed. She says she has tried to stay focused on the present. “I have no pain, I’m able to work, able to drive and able to enjoy the day,” she says. “In the moment I feel good.”

Because a person can live with only one kidney, the pool of people who can donate includes the living. Thompson has Type A blood, so she can be matched with donors who have A- or O-type blood. Her son has Type A blood but their antibodies were not compatible and she has no other family members who are potential donors.

To register to donate your organs, cornea or tissue, see donatelife.net. (Living donors can provide a kidney or part of the liver, lung, intestine, blood or bone marrow.) According to Donate Life America, the nonprofit that operates the site, about 7,000 people die each year while waiting for an organ.

She is now looking for what is known as an “altruistic donor” who will direct a kidney to her — which she concedes is a “tall order. It’s a big ask.” A paired exchange is also possible, in which two recipients with willing but incompatible donors swap donated kidneys.

Kidneys can be transplanted from a newly deceased donor, but they are expected to last only 10 years compared to 15 to 20 years when a living person is the provider. And the wait for a deceased donor’s kidney can be as long as 10 years. On the New York transplant list, 1,400 people have been waiting for more than five years.

With the help of Renewal.org, which assists people in finding donors, Thompson created a webpage at kidney4leesa.com. Her site has received 27,000 hits, but like so many others, she needs just one.