As Cold Spring and Beacon prepare for Independence Day celebrations this weekend, gun-rights activists plan a rally in Carmel with food, music and speeches by elected officials.

Sponsored by the Putnam County Firearm Owners Association (PCFOA), the event is set for 5 p.m. outside the Historic Courthouse. Scheduled speakers include Putnam County District Attorney Robert Tendy and Putnam County Clerk Michael Bartolotti, along with Tom King, president of the New York State Rifle and Pistol Association and a board member of the National Rifle Association. 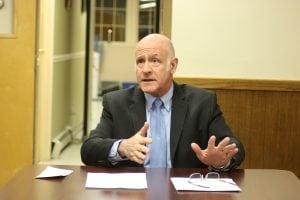 Gun owners “can no longer allow the liberal progressive socialists and communists to continue infringing on our rights and endangering the lives of our families,” the PCFOA declared in an e-mail alert on Monday (June 25). It said it organized the rally “to protect our children and save lives by standing up for our constitutional rights.”

Tendy said he agreed to appear at the rally to discuss the history of the Second Amendment. “I’ve tried to make this as apolitical as possible,” he said on Tuesday. “I neither endorse nor not endorse” the group’s rhetoric about socialists and communists pushing gun control. “I don’t think it’s a liberal  versus conservative thing.”

Bartolotti did not respond to an email seeking comment.

The firearms association described the rally as a fun, family friendly outing and urged supporters to avoid wearing “potentially offensive T-shirts” and camouflage. The group also encouraged a large turnout, to outnumber “anti-gunners,” who, they said, would probably stage a counter-demonstration “because that’s what they’re paid to do.”

No counterprotests appear to be planned, based on a survey of local gun-control advocates. The rally coincides with Fourth of July festivities in Cold Spring.

Philipstown Town Board Member Nancy Montgomery, the Democratic candidate for the District 1 seat in the county Legislature, said Thursday she did not plan to attend the rally. She successfully promoted passage in April of a Philipstown firearms storage law that mandates trigger locks or gun safes.

“I’ll save my right to assemble for when I myself will be advocating gun safety,” she said. “I don’t need to antagonize their right to assemble.” She said she is “looking forward to keeping the conversation of gun safety on the table. This rally just helps us do so.”

Alex Dubroff, the Hudson Valley coordinator for New Yorkers Against Gun Violence, asked that elected officials “step away from the divisive fear-mongering and into the fray of creating real change for our county” through job creation, treatment of drug addiction and other efforts. 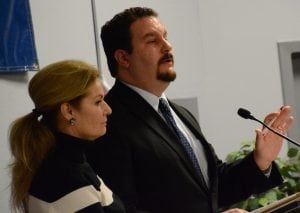 The Nelsonville resident also said she is “not exactly sure what the imminent constitutional threat is that is driving the need for this rally. The only recent change in New York state has been a law that removes all guns, not just handguns as the previous law stated, from convicted domestic abusers.”

The law, which passed with bipartisan support as part of the 2018-19 state budget, prohibits an individual with an outstanding warrant for a serious offense, including misdemeanor domestic violence, from obtaining a firearms license. It also provides that anyone convicted of domestic violence surrender all guns and establishes a process for notifying the FBI of convictions.

Serino said she objected to the way the law was enacted, not its content. “I wholeheartedly support the intent behind this legislation,” she said on March 31. “However, I am utterly disgusted that once again, in the dark of night, critically important policy was rushed through the Legislature without full consideration.”