The newly opened art space at 18 W. Bank St. in Beacon is called the Mother Gallery for the reason you’d expect. The owners are artists and moms.

The space was formerly the studio of painter Paola Ochoa, who, along with fellow painter Kirsten Deirup, now stewards the gallery. The two met through a mutual friend. They plan to present shows that each feature the work of three artists and run for six to seven weeks. 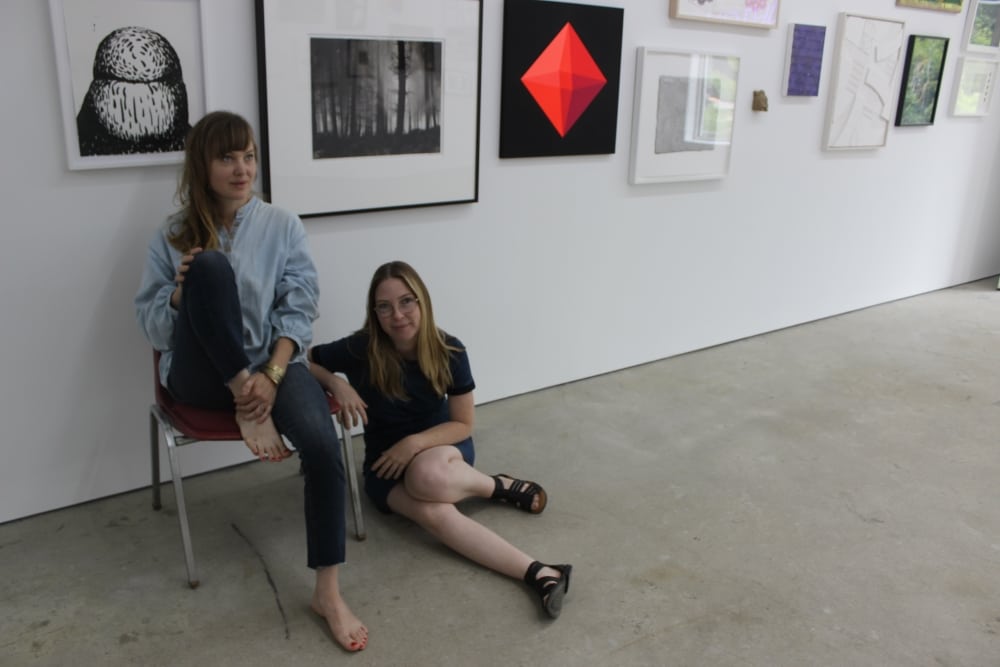 Its inaugural exhibit, The Cruellest Month, with 56 pieces, closes on June 30. The one that follows, Good Vibrations, with work by painters Paolo Arao and Angela Heisch and sculptor Ryan Reggiani, opens Second Saturday, July 14. The women plan to roll out fake grass in the parking lot, put corn on the grill and provide music from The Dramastics.

Generally, Deirup handles the artists, while Ochoa handles the space. For both women, the gallery is “the perfect endeavor with which to re-introduce ourselves into the art community,” says Deirup. Ochoa adds: “We both left the city, but brought part of the city here with us, and now we can merge things.” 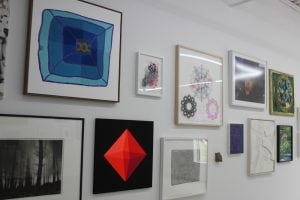 A small sampling of the works displayed in Mother Gallery’s inaugural exhibit, which closes on June 30 (Photo by A. Rooney)

The women admit they didn’t know each other that well yet managed to turn a private studio into a public gallery in a short amount of time. The past few months have been frenzied.

Ochoa says Deirup is the first person she met in Beacon who was also both an artist and the mother of younger children. Deirup moved to Beacon three years ago from Brooklyn; she has two sons, ages 1 and 9. Ochoa also has two sons, ages 2 and 4.

Ochoa says she asked Deirup to help her start the gallery because she was “intelligent, a great artist and in the same boat as me. I knew my time was running out, being a lone-wolf artist while also experiencing the isolation that can come with being a mom. 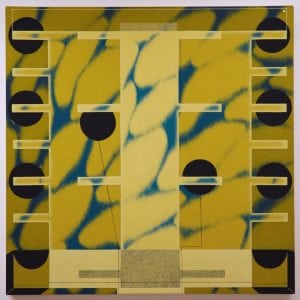 “Slip in the Sky,” by Angela Heisch

“There have been obstacles, but we’ve tackled them,” she says. “We’ve found we have a pretty balanced set of skills, and can pass things off to each other when necessary, too.”

“I don’t think that one of us could have done it on our own,” says Deirup.

“Nor wanted to,” Ochoa adds.

Deirup says her favorite part of running the gallery so far has been “getting to expose people whose work I’ve always loved who I think are underrepresented. We just want to show the best work we can, regardless of where it is from.”

Mother Gallery is open from noon to 5 p.m. Wednesday through Saturday. See mothergallery.art.