The Beacon school board meeting on July 2 was the first one in a long time not to include Bill Zopf, who did not run for re-election this spring after 24 years on the board. 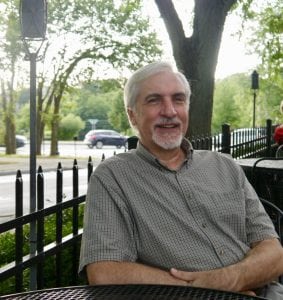 Why did you choose to step down from the board?

Twenty-four years is a long time, and my kids have been out of school for a couple of years. There are a lot of new people in Beacon and I thought it was important to give them an opportunity. I’m not saying I’m stale, but when you’re in something for such a long time, it’s important to get some new people on the board.

What made you decide to run for the school board back in 1992?
I got involved with the Board of Education when taxes went way up in Beacon and they eliminated all sports and after-school programs, as well as art and music. That to me was a real red flag. Why have such a tax increase and eliminate everything, too? I started questioning how things had gotten to that point from a financial perspective. Then, once I was on the board, I felt we were doing a lot of positive things for the district and I felt as long as I could see positive changes and I was a part of it, that was a good enough reason to stay on.

I think things are going very well right now, and that felt like a good time to get off the board.

Describe some of the changes you’ve seen over the years.

The district has grown quite a bit. While I was on the board we built a new high school. We put extensions on Rombout Middle School and three of the elementary schools. When I first came on the board the idea of using computers was having one basic PC in a classroom, and in the lower grades it was Reader Rabbit or something like that. There was no real internet that was being used for education.

The job of the school board, as well as administrators, has gotten a lot more complicated. There are a lot more regulations that affect what we can do, such as the state’s tax cap. That’s made it more complicated and taken away some of the boards’ local control.

I’ll give you two. The first year I ran, there were 11 people running for the board, and I was fairly new in the district. I didn’t win that year but I decided to run again so when we did win, that felt really good. You could see there was going to be a turnaround on the board then.

The other was getting the new high school approved in 2000. Back in the ’70s they put that up for a vote but it failed. The old building was antiquated and didn’t meet the needs of the district, so it was time to do it.

What will you do every other Monday night from now on?

Probably for the summer, nothing. But I will look for other opportunities to volunteer. People have asked me in the past to do this or that and I always said no. Now I don’t have the school board anymore, so this must be what it feels like when someone retires. Part of your purpose in life is all of the sudden gone, and it feels odd. But I’m going to see what else I can do to help out the community.