Artists add some funk to the functional

The fencing had been constructed on Wolcott Avenue near Beacon Street to block off the future site of the West End Lofts. It started a conversation among a number of visual artists and led Donna Mikkelson to contact the nonprofit Beacon Arts, which helped her bring the idea to developer Sean Kearney. 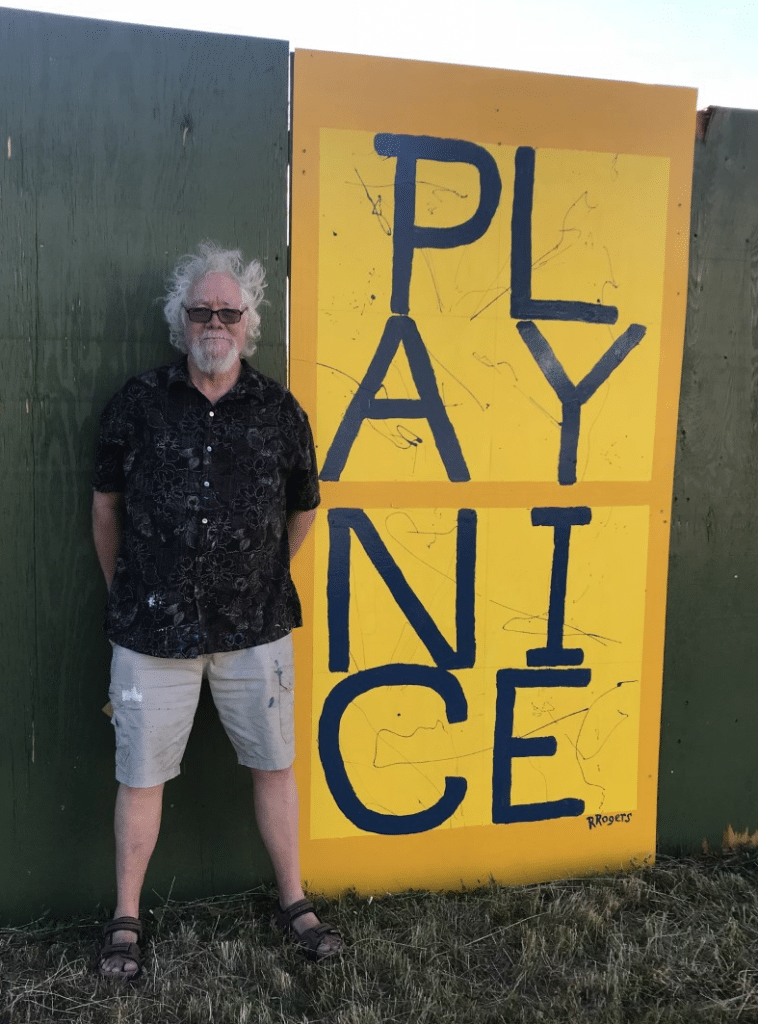 With the criteria of being able to work fast and to produce art with a positive message, Mikkelson and Rick Rogers, president of BeaconArts, recruited Ron English, Kalene Rivers and Dan Weise to transform the fencing with them. 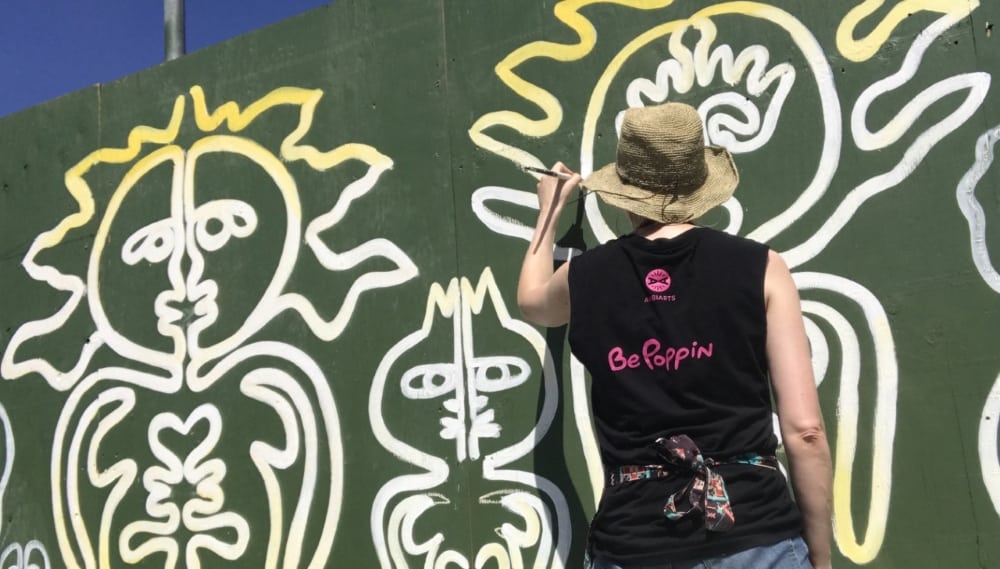 Donna Mikkelson works on her contribution to the Art Wall. (Photo provided)

The results, dubbed the Art Wall, will be celebrated at the fence on Beacon’s Second Saturday, July 14, from 5 to 8 p.m., with a reception that will feature a performance at 6:30 p.m. by dancer Nathalie Jonas of Cold Spring and Brooklyn poet Eleana Kouneli. As construction continues behind it, the wall should remain in place for at least a year. 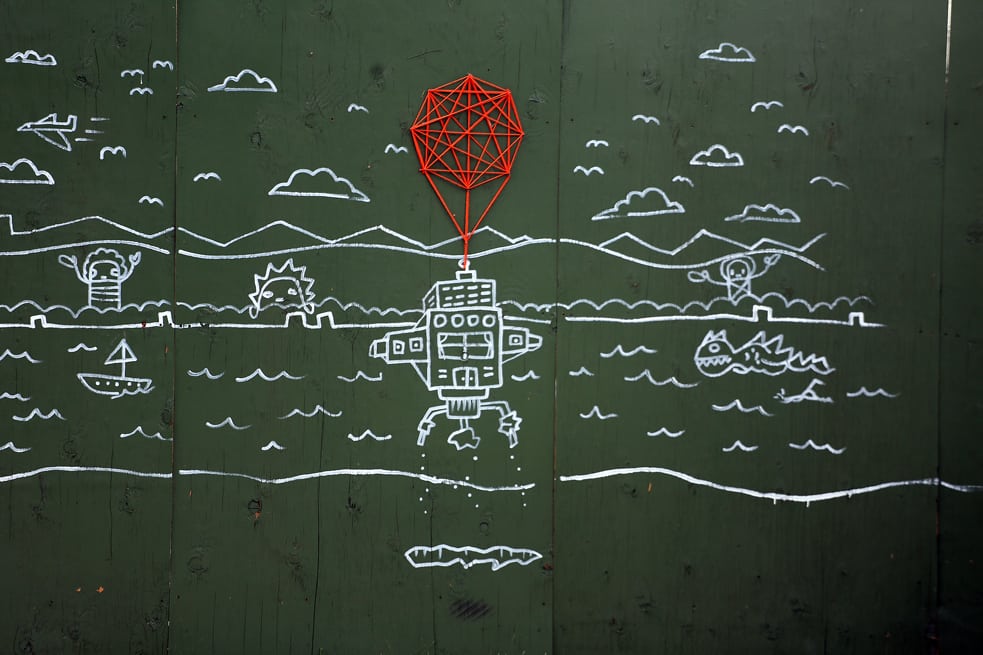 Mikkelson draws with both hands at the same time, producing symmetrical work. On an exceedingly hot day, she covered about 90 feet with vibrant designs. Rogers contributed signs with playful messages. Rivers and Weise, who run Open Space and Thundercut Design, worked in tandem on a mural that includes Rivers’ geometrics made with yarn.

English finished off the canvas with characters that are part of his POPaganda universe, which he describes as “a mashup of high and low cultural touchstones.”

A panoramic view of the Art Wall; click to enlarge (Photo by Russ Cusick)