Friar Erik Lenhart, the chaplain at Capuchin Youth & Family Ministries in Garrison, will take on a new role this summer: he wrote and will direct a musical. 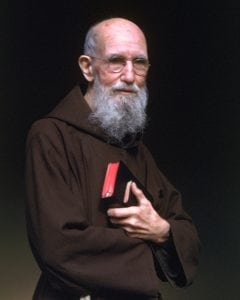 Father Solanus Casey is remembered for his service to the sick and poor.

The production, based on the life of Father Solanus Casey (1870-1957), who last year took a step toward sainthood when he was beatified by the pope, will be performed on Friday, Aug. 3, by the 25 teenage campers at the Roman Catholic order’s inaugural, weeklong literature and arts program.

Father Casey, who died in 1957 at age 86, is “well on his way to becoming the first American-born male saint,” says Lenhart. A native of Wisconsin, Casey came to New York after his 1904 ordination and spent 20 years in Yonkers and Harlem, paying particular attention to the plight of the sick and poor, before returning to the Midwest to continue his work.

Solanus: Blessed in America is Lenhart’s second musical. The first was produced in his former parish in Middletown, Connecticut, with a cast of 100 parishioners, of all ages. “It changed the dynamics and energy in our parish, and deepened friendships,” he recalls.

Lenhart says CYFM hopes with its literature-and-arts camp to attract teens who enjoy performing but also are open to “an understanding of what it means to live a life for Christ. Most of all, it’s about realizing that at its core it’s all about gratitude. I want to create ‘saints’ — people who can appreciate the beautiful.”

What’s It Take to be a Saint?

Father Solanus Casey’s beatification took place on Nov. 18 in a ceremony at Ford Field in Detroit attended by 60,000 people. You need a miracle to be beatified, and the Vatican cited the healing of a woman whose skin disease disappeared after she prayed at Casey’s tomb. The next step is for the church to affirm a second miracle, after which the blessed can be named a saint, of which there are more than 10,000.

He says he wants students to be involved with stories that “give them meaning and purpose. You become a saint through prayer, action, learning the story.” To provide a balance of artistic know-how and faith development for the students, the staff for the week includes theologians as well as performers. 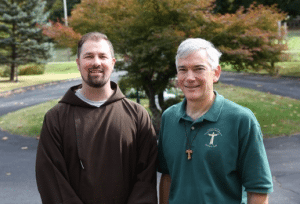 CYFM has many other programs planned. For example, a Labor Day weekend retreat will address the question of science and the Catholic Church. “Teens perceive a conflict,” Lenhart says. “Yet Catholics created much of science. Science asks, ‘How does stuff work?’ Religion asks, ‘Why? Why is there beauty? Why do these things move me?’ ”