With five mouths to feed, and a career spent in an uncertain profession (acting), Brandon Williams of Garrison jokes that he has gravitated toward “jobs that take short amounts of time and pay a lot.”

Yet for the moment he is putting in 12-hour days preparing for his Broadway debut, at age 46, in Gettin’ the Band Back Together, a comedy and musical that began previews at the Belasco Theatre on Thursday (July 19) and opens Aug. 13.

In Gettin’ the Band Back Together, Williams plays the bad guy, which he says he enjoys. “It’s pretty much always what I play,” he says. “That’s OK, because the bad guys are way more fun to play.” (Williams recalls an audition for another production where he overheard a director say, “There’s something about his face — I don’t trust it.”) 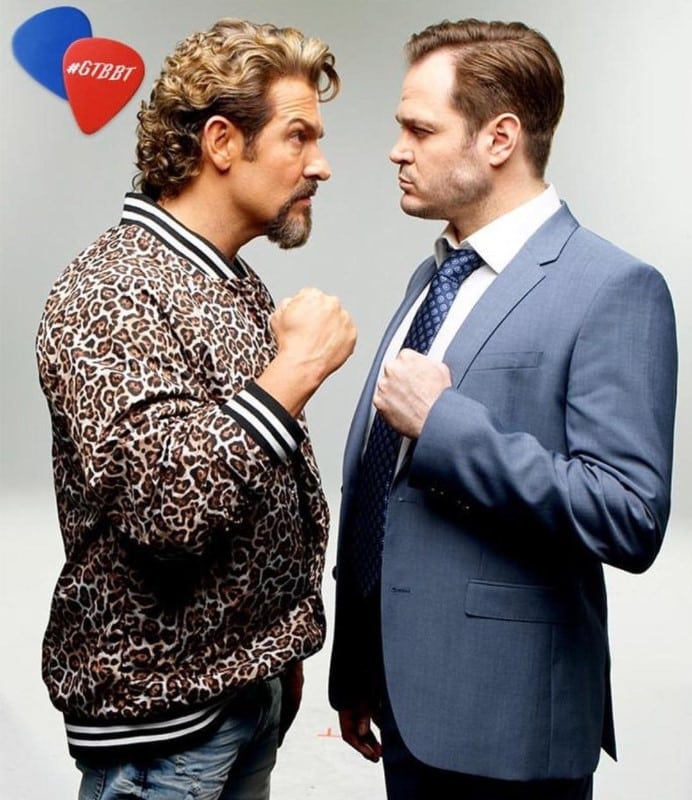 In the show, Williams plays Tygen Billows, the nemesis of the protagonist, Mitch Papadopoulos (Mitchell Jarvis), a banker who is fired on his 40th birthday and moves in with his mother (Marilu Henner, best known for her role on Taxi). Tygen threatens to foreclose on the home unless Mitch agrees to gather his old bandmates to compete in a battle of the bands against Tygen, who fronts a heavy metal group.

“The songs are totally rock ’n roll, but also very funny,” Williams says. “There is leeway for us to play with each other onstage — there’s that element of improv, and trying to make each other break” into laughter.

Williams has played Tygen since the show was being developed at the George Street Playhouse in New Brunswick, New Jersey, where it premiered in 2013. He had earlier worked with its producer, Ken Davenport, in an audience-participation musical called The Awesome 80s Prom. 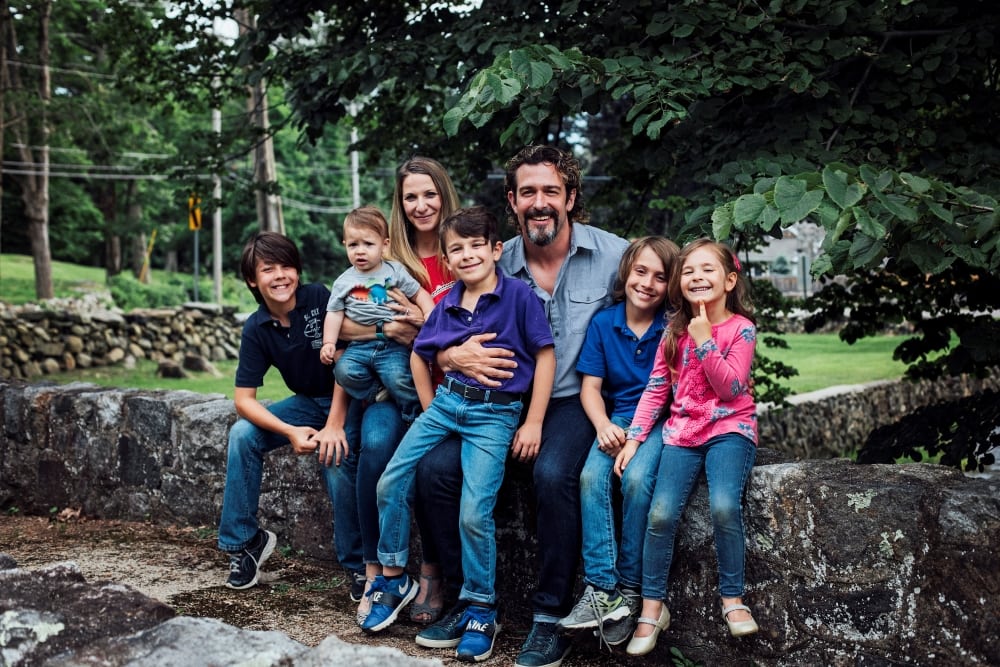 It was while working on Prom that he met the woman who became his wife, Sheila Berezan. He was playing a quarterback and she was playing a cheerleader. Their first date was a hike in Cold Spring, and he later proposed on the same trail. They moved to Garrison after the birth of the third of their five children, who are 10, 9, 8, 4 and 1.

Williams grew up in Jonesboro, Arkansas, near Memphis, where he decided to become an actor after seeing a production of Les Misérables. As the actor who played Javert took his bows, Williams thought, I want to be him. “That was the moment,” he says.

How to Get Tickets to Gettin’ the Band …

Tickets for Gettin’ the Band Back Together, which start at $39 in the balcony and $69 in the mezzanine or orchestra levels, are available at telecharge.com, by calling 212-239-6200 or by visiting the Belasco Theatre at 111 W. 44th St. See gettinthebandbacktogether.com for a day-of-show lottery for $40 and $45 seats, or check Broadwaybox.com or the TodayTix app.

After graduating from Carnegie Mellon, he moved to New York City and performed in regional theater. In his late 20s, he began doing stand-up because he noticed he was getting comedic roles, “even though I thought I was Laurence Olivier!” In 2010, he created a series for Comedy Central that ran online for three seasons called The Stay-at-Home Dad (thestayathomedad.tv). More recently, he has shifted to directing commercials, including one he shot in Garrison this past week.

After the birth of his oldest child, Williams changed gears to work largely as a voice artist, including nearly five years doing narration for the NatGeo WILD shows, so that he could stay close to home. He says that has allowed him to coach Philipstown Hawks football, be a Cub Scout leader and enjoy the outdoors.

The hours have been longer lately while he commutes to Manhattan by train for rehearsals, but he says he remains awed by the knowledge he will be taking the stage on the Great White Way. “It’s a feather in my cap, especially for someone like me who started out doing musicals,” he says. “My kids are going to see me up there, and I know they’re going to be proud. Plus, I’m playing a rock god, so even better!”